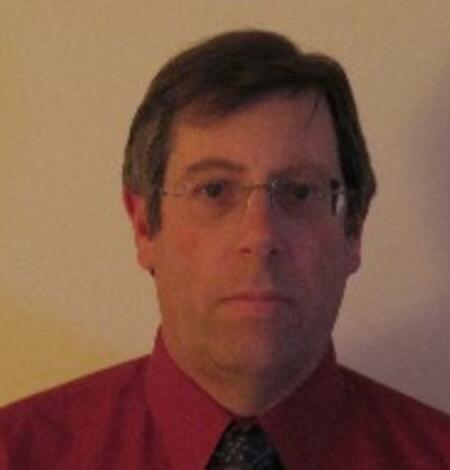 Pierre Glynn, Ph.D., has now retired from his USGS management positions and is devoting his time to conducting interdisciplinary research to advance the science, policy, and management of complex systems and issues. He is currently Emeritus Scientist with the USGS Science and Decisions Center (USGS/SDC) in the Northeastern Region.

Pierre was recently awarded (through ASU/CSPO) a Catalyst Leaders Fellowship from the Royal Society of New Zealand to study water science and policy issues (centered around Lake Taupo) in collaboration with the Institute of Geological and Nuclear Sciences (GNS Science, New Zealand).

Pierre’s academic background includes a B.A. in Geological Sciences from Columbia College, an M.Sc. from University of Quebec in Montreal in isotopic environmental geochemistry, and a Ph.D. from the University of Waterloo, where his studies focused on groundwater and geochemical modeling.

Global understanding of the interconnections between the environment and economy has increased, driving the development of frameworks and standards that support the measurement and valuation of natural capital and ecosystem services by both governments and businesses. This paper outlines how businesses can use natural capital accounts (NCA) aligned to the System of Environmental Economic Accountin
By
Geosciences and Environmental Change Science Center
May 13, 2022

There is growing interest within and beyond the economics community in assessing the value of information (VOI) used in decision making. VOI assessments often do not consider the complex behavioral and social factors that affect the perception, valuation, and use of information by individuals and groups. Additionally, VOI assessments frequently do not examine the full suite of interactions and out
By
Science and Decisions Center
October 9, 2021

The United States and European Union (EU) face common challenges in managing natural capital and balancing conservation and resource use with consumption of other forms of capital. This paper synthesizes findings from 11 individual application papers from a special issue of Ecosystem Services on natural capital accounting (NCA) and their application to the public and private sectors in the EU and
By
Science and Decisions Center, Geosciences and Environmental Change Science Center
August 26, 2021

Editorial special issue natural capital accounting: The content, the context, and the framework

Participatory Modeling (PM) is becoming increasingly common in environmental planning and conservation, due in part to advances in cyberinfrastructure as well as to greater recognition of the importance of engaging a diverse array of stakeholders in decision making. We provide lessons learned, based on over 200 years of the authors’ cumulative and diverse experience, about PM processes. These incl
By
Water Resources
September 25, 2020

Integrating physical and economic data into experimental water accounts for the United States: Lessons and opportunities

Water management increasingly involves tradeoffs, making its accounting highly relevant in our interconnected world. Physical and economic data about water in many nations are becoming more widely integrated through application of the System of Environmental-Economic Accounts for Water (SEEA-Water), which enables the tracking of linkages between water and the economy. We present the first national
By
Geosciences and Environmental Change Science Center
April 8, 2020

Testing ecosystem accounting in the United States: A case study for the Southeast

Ecosystem accounts, as formalized by the System of Environmental-Economic Accounting Experimental Ecosystem Accounts (SEEA EEA), have been compiled in a number of countries, yet there have been few attempts to develop them for the U.S. We explore the potential for U.S. ecosystem accounting by compiling ecosystem extent, condition, and ecosystem services supply and use accounts for a ten-state reg
By
Geosciences and Environmental Change Science Center, John Wesley Powell Center for Analysis and Synthesis
October 14, 2019

We propose creating and maintaining records of engagement and decision-making (RoED) to help us and our communities better understand ourselves, our goals, our decisions, and the dynamic systems in which we all live. The purpose of RoED is to go well beyond noting that dialogue occurred or a decision was reached. The records should, in ways appropriate to the context and participants, document int
By
Water Resources
December 1, 2018

The natural capital accounting opportunity: Let's really do the numbers

The nation’s economic accounts provide objective, regular, and standardized information routinely relied upon by public and private decision makers. But they are incomplete. The U.S. and many other nations currently do not account for the natural capital — such as the wildlife, forests, grasslands, soils, and water bodies—upon which all other economic activity rests. By creating formal natural ca
By
Geosciences and Environmental Change Science Center, John Wesley Powell Center for Analysis and Synthesis
August 28, 2018

Participatory modeling engages the implicit and explicit knowledge of stakeholders to create formalized and shared representations of reality and has evolved into a field of study as well as a practice. Participatory modeling researchers and practitioners who focus specifically on environmental resources met at the National Socio‐Environmental Synthesis Center (SESYNC) in Annapolis, Maryland, over
By
Water Resources
August 27, 2018

Tools and methods in participatory modeling: Selecting the right tool for the job

Various tools and methods are used in participatory modelling, at different stages of the process and for different purposes. The diversity of tools and methods can create challenges for stakeholders and modelers when selecting the ones most appropriate for their projects. We offer a systematic overview, assessment, and categorization of methods to assist modelers and stakeholders with their choic
By
Science and Decisions Center
May 7, 2018

Response to comment by Walker et al. on “From data to decisions: Processing information, biases, and beliefs for improved management of natural resources and environments”

Data release for Integrating physical and economic data into experimental water accounts for the United States: lessons and opportunities

Water provides society with economic benefits that increasingly involve tradeoffs, making accounting for water quality, quantity, and their corresponding economic productivity more relevant in our interconnected world. In the past, physical and economic data about water have been fragmented, but integration is becoming more widely adopted internationally through application of the System of Enviro
By
Geosciences and Environmental Change Science Center
April 13, 2020

Data Release for Testing ecosystem accounting in the United States: A case study for the Southeast

Ecosystems benefit people in many ways, but these contributions do not appear in traditional national or corporate accounts so are often left out of policy- and decision-making. Ecosystem accounts, as formalized by the System of Environmental-Economic Accounting Experimental Ecosystem Accounts (SEEA EEA), track the extent and condition of ecosystem assets and the flows of ecosystem services they p
By
Geosciences and Environmental Change Science Center