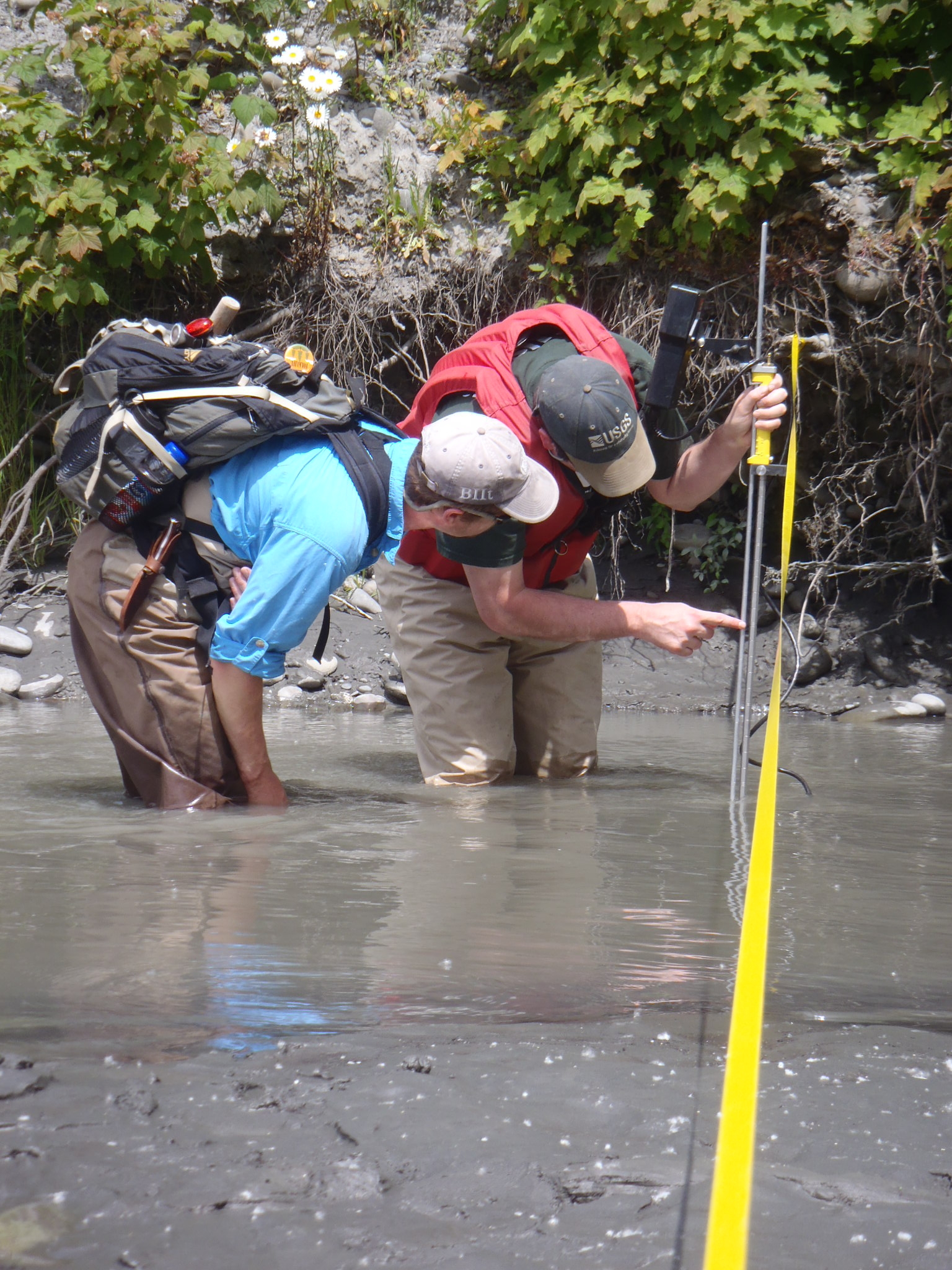 USGS research ecologist Jeff Duda collects discharge data on a side channel of the Elwha River. Two large dams on the Elwha River are being incrementally removed from 2011 to 2013 to restore river function in an important salmon-bearing river. During early stages of the removal project, hundreds of thousands of tons of fine-grained sediment (mostly silts and sands), trapped for decades behind the dams, were released covering much of the lower river corridor in mud.