Scientists from the USGS and other organizations continue field work and analyses to learn more about the series of earthquakes and aftershocks centered in the Southern California desert near Ridgecrest.

The data collected and knowledge gained will help scientists identify which faults broke during the earthquake, determine the extent of faulting and surface displacement, and locate areas of ground failure to better understand the earthquake and its aftershocks. Some of this information helps us refine the USGS National Seismic Hazards Model, a series of maps that reflect what we know about where shaking is likely to occur over decades — information that is used to develop building codes and design structures to withstand the expected shaking.

As of July 11, scientists from USGS, UC Riverside, and the Scripps Institution of Oceanography have deployed temporary equipment including at least 14 seismic and 13 GPS stations as well as five USGS nodal arrays. Additional monitoring equipment will continue to be deployed to learn about this large earthquake.

The earthquakes were large enough that the fault rupture reached the earth’s surface. Field teams in the Ridgecrest area and on the Naval Air Weapons Station China Lake are documenting fault offsets through direct measurements using tools ranging from tape measures to mobile laser scanning. Their observations show that the magnitude 7.1 event caused a maximum of 6 to10 feet of right-lateral offset along about 30 miles of rupture. Rarely is the surface rupture for large earthquakes expressed as a single, clear break, and in this case the rupture along part of its length is unusually broadly distributed.

Aftershocks and Foreshocks — What Has Happened

The aftershock sequence remains very active since the magnitude 7.1 mainshock occurred on July 5. As of July 12, more than 8,900 aftershocks have been recorded including:

On July 12 at 6:11 a.m. Pacific Time a moderate magnitude 4.9 aftershock occurred near Ridgecrest.  Aftershocks like this are normal, and in the coming days, seismologists expect additional magnitude 4 or larger aftershocks. So far, all of the magnitude 4 and above aftershocks are occurring within the original aftershock zone.

The odds of a subsequent large earthquake continue to drop. During the week starting July 11, the USGS forecasts a 1 in 200 chance of a magnitude 7 or larger aftershock and a 43% chance of a potentially damaging magnitude 5 or larger aftershock. The chance of aftershocks strong enough to feel near the epicenter —  magnitude 3 or greater —  is virtually certain at more than 99%. Between 39 to 73 such events are expected in the next week.

See the aftershock forecast for details. This forecast will be updated as conditions change.

Relation to Coso Geothermal Field and Other Major Faults

Aftershocks are occurring over about a 37-mile length, with a cluster of activity about 15 miles northwest of the mainshock – with five aftershocks greater than magnitude 4 on July 9 and 10. Interestingly, stopping southeast of the Coso geothermal field.  The Coso field itself is having very little aftershock activity. The scientific field teams are closely monitoring the Coso field and have found no evidence of magmatic activity and no changes in steam production.

Aftershocks at the southern end of the rupture extend to the Garlock fault. Some small earthquakes are occurring on or very close to the Garlock fault. The fault zones that caused the recent earthquakes are complex, and whether they might affect the Garlock, San Andreas, or other regional fault systems is uncertain. The USGS is closely monitoring this situation using instruments installed where these fault systems meet.

The California Integrated Seismic Network, a network of about 400 high-quality ground motion sensors, enabled the USGS to produce a map of regional ground shaking shortly after the magnitude 7.1 event. Maximum shaking was estimated at MMI IX (violent) near the epicenter and shaking was very strong (MMI VII) over a broader, approximately 25-mile wide region, including the city of Ridgecrest (see map below).

A newer version called the Global ShakeMap also incorporates public observations reported into Did You Feel It? to produce a regional map in a little more than 3 hours after the origin time.

The following content was edited for brevity on July 10, 2019

The July 5, 2019 magnitude 7.1 earthquake near eastern California’s Searles Valley resulted from shallow strike-slip faulting in the North America plate crust. The magnitude 7.1 event occurred about 34 hours after and about 7 miles northwest of a magnitude 6.4 foreshock on July 4, 2019 at 10:34 a.m. Pacific Time.

During the last three days, scientists with the USGS and California Geological Survey -- with help from the U.S. Navy -- began to survey and map the surface ruptures and offset features that resulted from the earthquake. Results from these investigations will be made public in the coming weeks.

USGS scientists and crews continue to work around the clock on field work, mapping impacted areas and monitoring additional aftershocks to keep the public informed.

The alert remains at green for shaking-related fatalities.

According to the current forecast, during the week beginning on July 6, 2019, there is a 2 % chance of one or more aftershocks that are larger than magnitude 7.1. Smaller earthquakes are likely during the next week, with 220 to 330 magnitude 3 or larger aftershocks. Magnitude 3 and above earthquakes are large enough to feel near the epicenter. The number of aftershocks will drop off over time, but a large aftershock can increase the numbers again, temporarily.

The forecast changes as time passes due to decline in the frequency of aftershocks, larger aftershocks that may trigger further earthquakes, and changes in forecast modeling based on the data collected for this earthquake sequence.

The ShakeAlert system initially estimated the location at 1.6 miles from the ANSS final location, and this measurement did not change significantly. Four stations initially detected the earthquake, with 226 stations contributing to the final alert 40 seconds after detection.

ShakeAlertLA is the nation’s first test of delivering USGS-generated ShakeAlerts to a large population using a city-developed cell phone app. The USGS generates the alerts, but delivery will come by other public and private means -- such as the internet, radio, television, and cellular service -- including the City of Los Angeles ShakeAlertLA app. The City of Los Angeles has been a significant USGS partner in developing the ShakeAlert System in southern California.

Scientists from the USGS and other organizations are on the ground and working to learn more about surface ruptures. The assessment includes canvassing the impacted area for fault displacements, including offsets in roads or curbs, distortion of pipelines, and damage to structures.

This research will help scientists understand the earthquakes, which faults broke during the earthquake, and the extent of faulting and surface displacement.

“We have few big earthquakes and we learn something from each one,” said Keith Knudsen, USGS Earthquake Science Center deputy director. “Events like these are an important opportunity to document what happens and could potentially happen in the future.”

The field mapping and seismological work will continue from weeks to months as scientists analyze the collected data.

The USGS has issued a red alert for economic losses meaning that extensive damage is probable, and the disaster is likely widespread. Estimated economic losses are at least $1 billion dollars, less than 1 % of GDP of the United States. Past events with this alert level have required a national or international level response.

There is a green alert for shaking-related fatalities with a low likelihood of casualties. The closest large population center is Ridgecrest, population 28,000. Strong to very strong shaking and damage has been reported there.

Shaking from the earthquake was felt by millions of people across the region, including the greater Los Angeles and Las Vegas areas. Visit the USGS event page for more information.

If you felt this earthquake, report your experience on the “USGS Did You Feel It?” website for this event.

The USGS operates a 24/7 National Earthquake Information Center in Colorado that can be reached for more information at 303-273-8500. 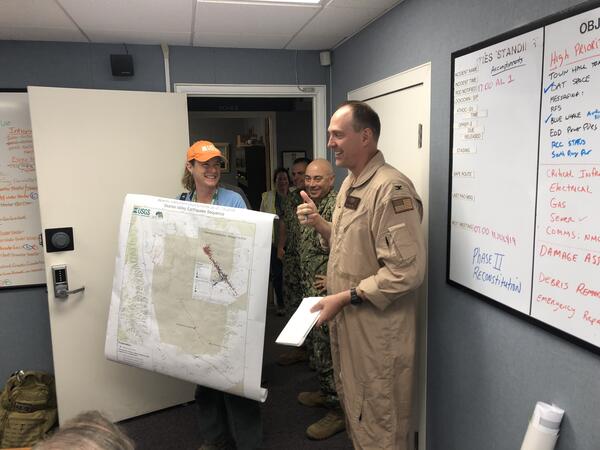 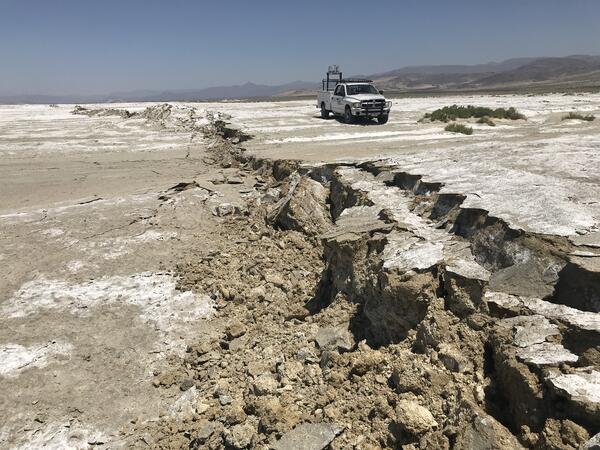 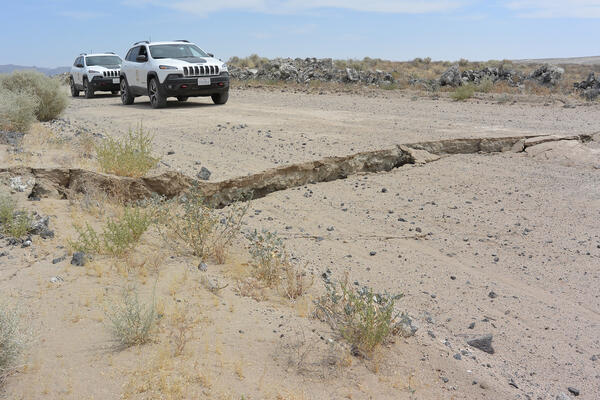 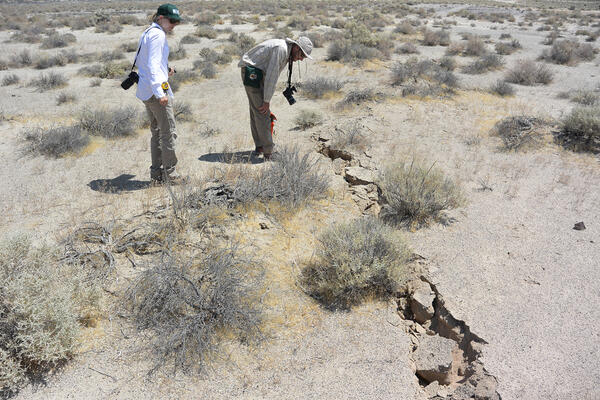 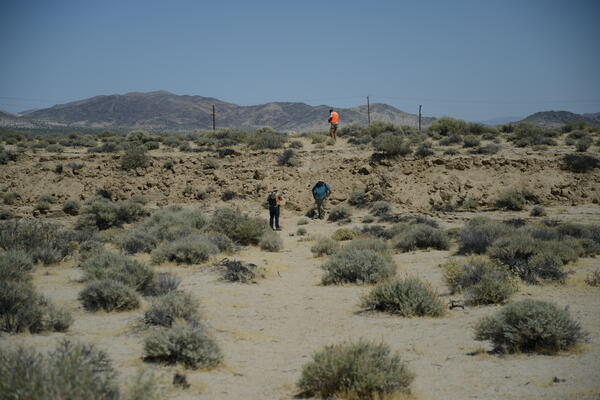 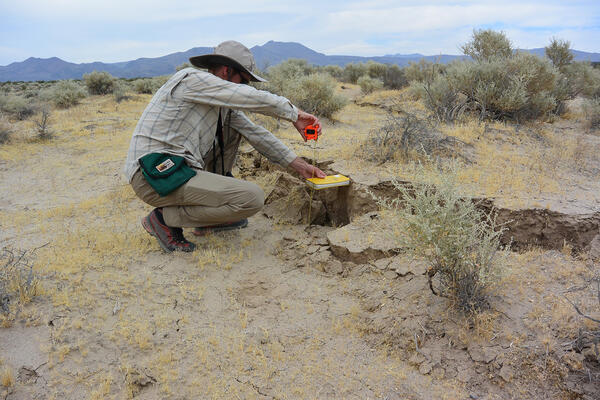 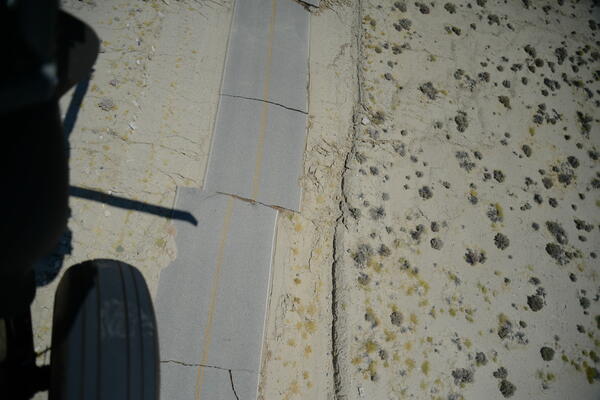 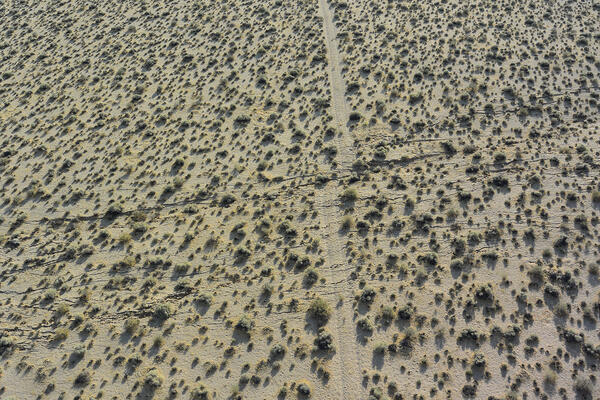 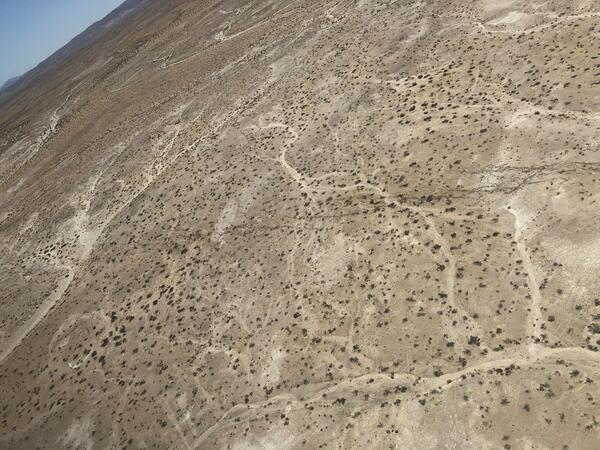 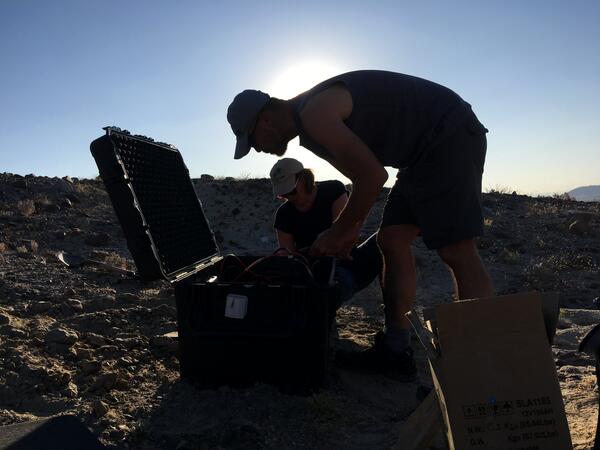 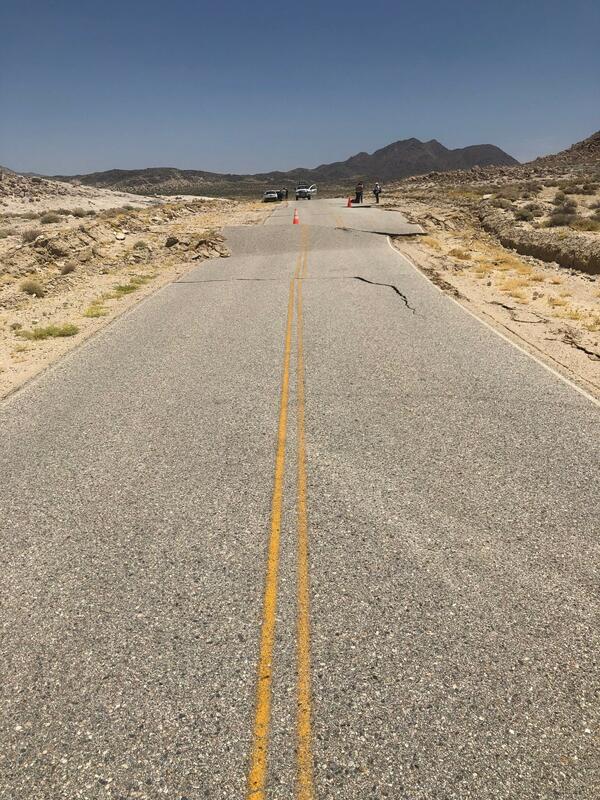 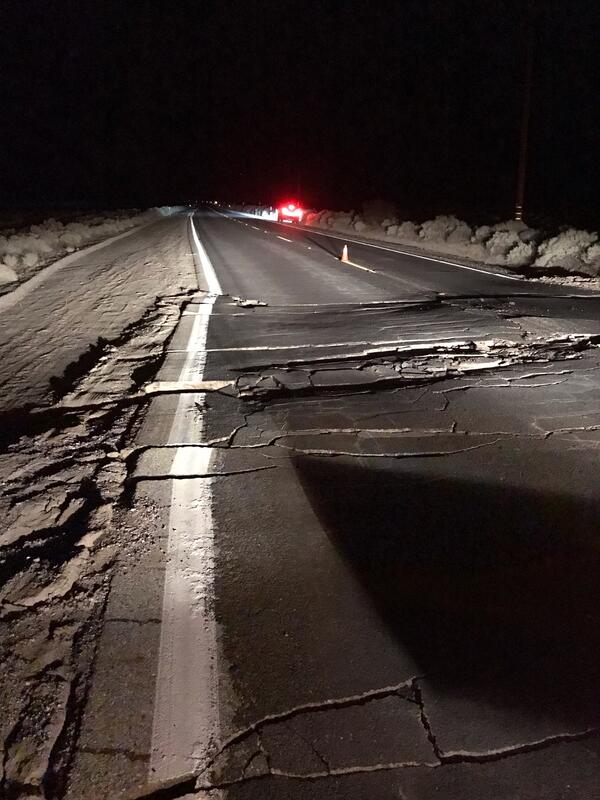 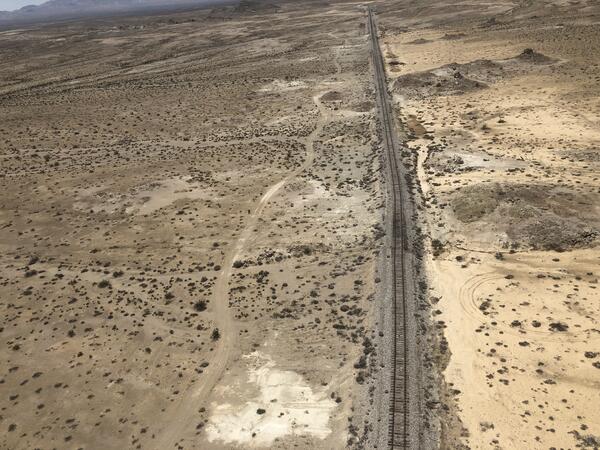 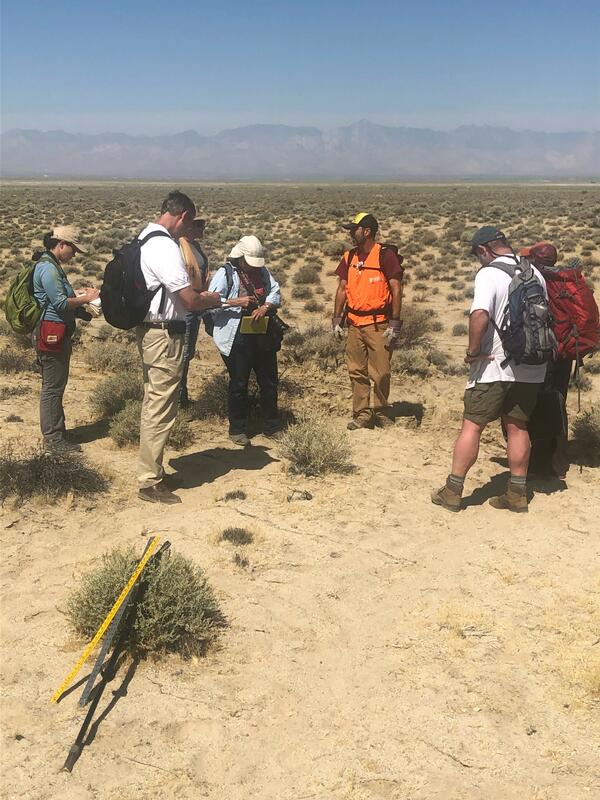 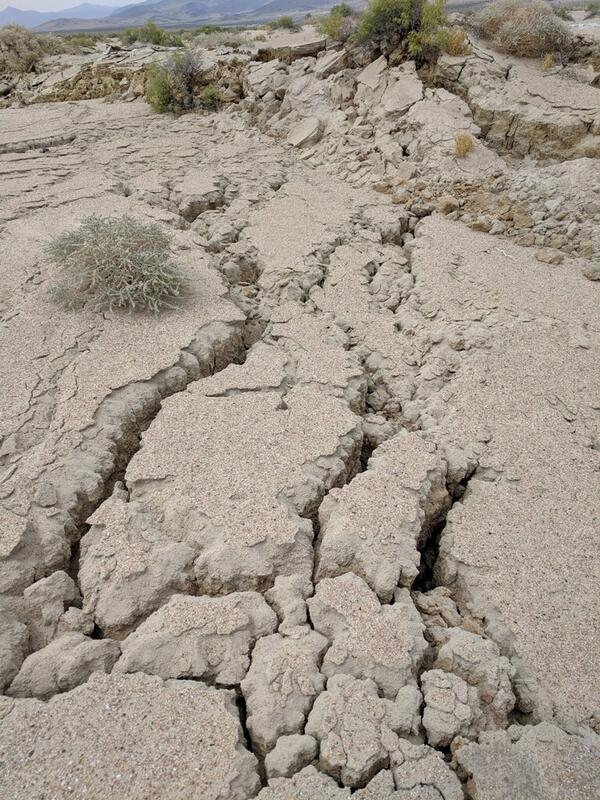 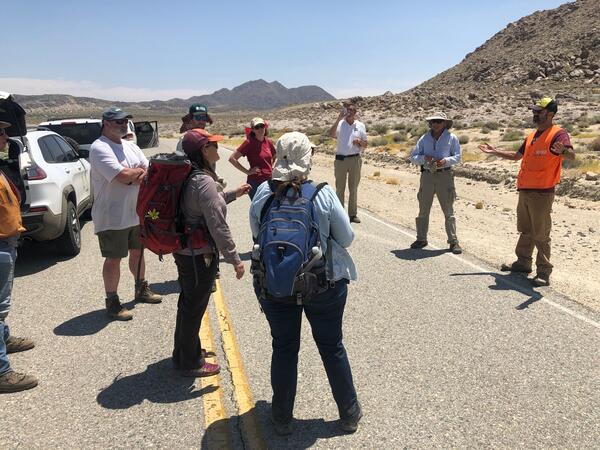 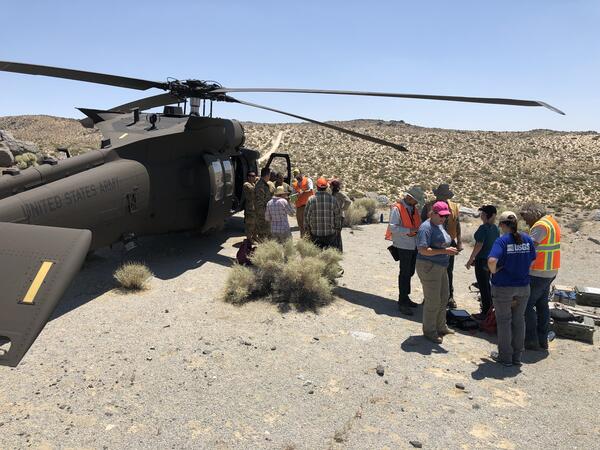 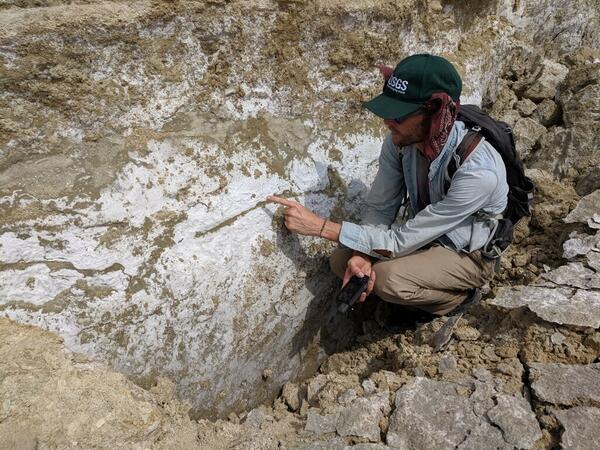 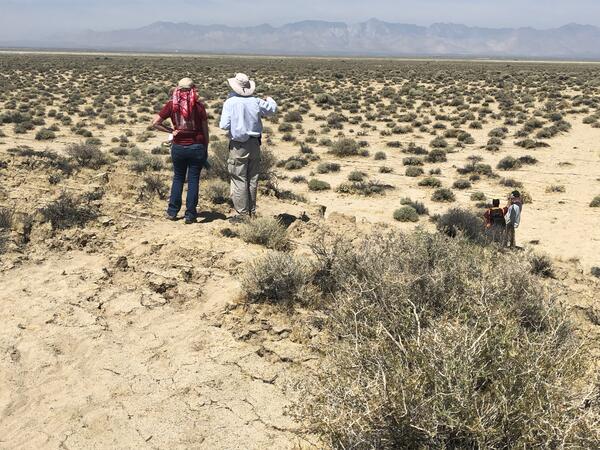 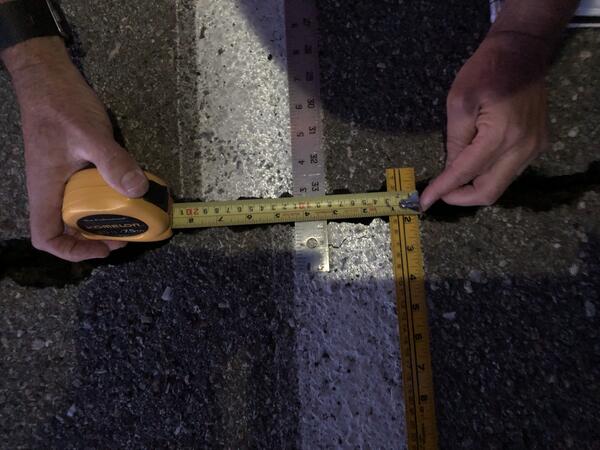 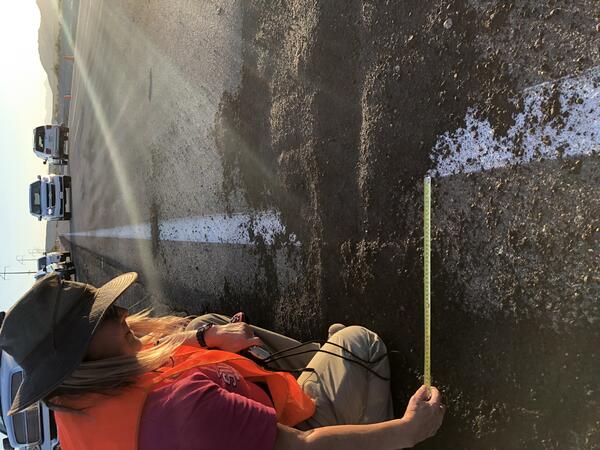