Wetlands in the Quaternary Active 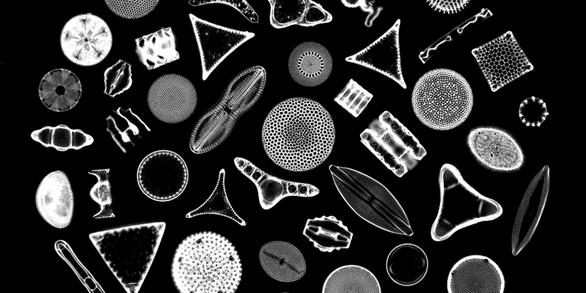 Biological proxies such as diatoms, foraminifers, ostracodes, and pollen allow scientists to make inferences about climate conditions in the past. 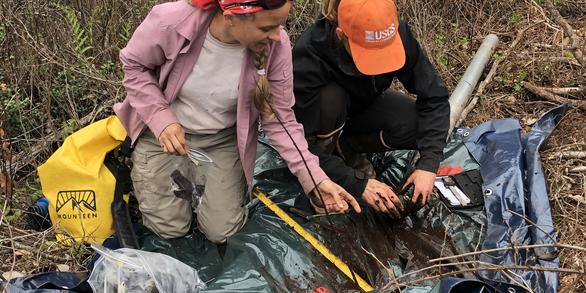 Learn more about this project and its role in the Florence Bascom Geoscience Center.

Changes in temperature, moisture, and nutrients can influence long-term rates of carbon accumulation and methane production, while on geologic timescales, shifts in steady states can transform wetlands from one type to another. Examples of such shifts include freshwater forested swamp to oligohaline marsh with sea level rise, or forested boreal peat plateau to collapse-scar bog with permafrost thaw. On glacial and interglacial timescales, shifts in climate and exposed land area can completely alter where wetlands are found across the globe. However, much less is understood about wetland carbon storage/destabilization response to climate and land-use change, specifically, to what degree large shifts in atmospheric methane concentrations can be attributed to wetlands.

Why this Research is Important:

Wetlands are important on a global scale because of their role in the carbon cycle and the vital ecosystem services they provide. They are the primary natural emitter of methane and wetlands provide a large reservoir of organic carbon with a net carbon sink. Wetlands benefit ecosystems by offering unique wildlife habitat while purifying water and providing a buffer for storm surge and floods. Our research explores ecosystem and biogeochemical response to perturbations and changing conditions (e.g., permafrost thaw, sea-level rise, climate and land-use change).

The goal of our research is to establish the magnitudes of carbon storage and destabilization, and disturbance regimes, on decadal to millennial timescales across broad spatial scales. To accomplish this task, we utilize a multi-proxy approach, including plant macrofossils, pollen, bulk density, carbon content, and radiometric dating. These tools help us explore effects of sea-level rise, permafrost thaw, land-use change, and hydro-climate variability.

By closely examining the layers laid down by wetland sediments and peat, we use a combination of physical properties and radiometric dating to examine the timing and cause of past rates of sea-level rise. Pollen, plant macrofossils, and stable isotopes, can provide insights into the depositional environment at the time of deposition. This project examines Holocene rates of sea-level rise and mechanisms for inundation of formerly terrestrial environments in Florida Bay. We are also examining how tidal freshwater wetlands along the Atlantic Coastal Plain have shifted over the Holocene in response to changing rates of sea-level rise and the resilience of these riparian wetlands in the future.

In permafrost peatlands, ice-rich permafrost thaw causes subsidence that can transform forested peatlands to wet herb and moss peatlands, resulting in large changes in the structure and function of these systems, including hydrologolgy, vegetation, and biogeochemical cycling. We examine the nature and rate of both permafrost aggradation and degradation on Holocene timescales to better understand trajectories of vegetation change and biogeochemical change upon thaw. Study sites include boreal peatlands in the discontinuous and sporadic permafrost zones of Alaska.

Human evidence of land-use change can be picked up to varying degrees in wetland records. We examine how a range of land-use changes have altered wetlands on decadal to centennial timescales, while also placing these changes into the greater context of natural variability by examining centennial to millennial-scale shifts. This project helps identify markers and impacts of land-use change and can also aid decision-makers and land managers plan for land restoration. Study sites include the Great Dismal Swamp, VA, tidal rivers on the Atlantic Coastal Plain, and the Florida Everglades.

Examining the range of hydroclimate variability from Holocene records can help contextualize recent observations. We examine Holocene hydroclimate variability using oxygen isotopes derived from peat cellulose across the northern Gulf of Alaska and the Bering Sea. Our research explores the timing and linkages to Aleutian Low variability and its connection to sea ice extent, ocean and atmosphere circulation, and teleconnections with northern hemisphere climate phenomena, such as El Nino Southern Oscillation, Arctic Oscillation, and the Pacific Decadal Oscillation.