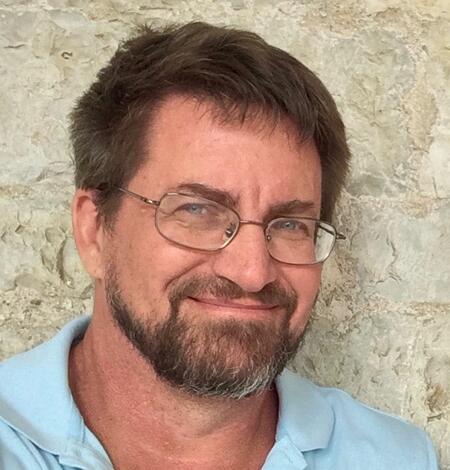 His duties include oversight of the Program’s earthquake hazards assessments and its research on earthquake physics, occurrence and effects. He serves as executive secretary to the National Earthquake Prediction Evaluation Council (NEPEC), an expert group that advises USGS on earthquake predictions and forecasting methods.

Dr. Blanpied graduated from Yale University in 1983 with major in Geology and Geophysics, and completed a PhD at Brown University in 1989, with a focus on experimental rock mechanics applied to fault friction and earthquake initiation. He joined the USGS earthquake research group in Menlo Park, CA in 1989, where his research focused on the physics of earthquakes, including experimental investigations of the physics of fault slip and frictional properties of fault surfaces; applications of laboratory data to earthquake occurrence and the deformation of the continental crust; computer and laboratory modeling of earthquake interactions; and the development and application of probabilistic assessments of earthquake likelihood. He served as co-chair of the Working Group on California Earthquake Probabilities, which developed a new methodology for forecasting the likelihood of damaging earthquakes and published 30-year forecasts for the San Francisco Bay Region in 1999 and 2003. He served as Deputy Director of the Earthquake Science Center for four years before relocating to USGS headquarters in Reston, Virginia in 2003 to join the Earthquake Hazards Program office.

It is well know that every earthquake can spawn others (e.g., as aftershocks), and that such triggered events can be large and damaging, as recently demonstrated by L’Aquila, Italy and Christchurch, New Zealand earthquakes. In spite of being an explicit USGS strategic-action priority (http://pubs.usgs.gov/of/2012/1088; page 32), the USGS currently lacks an automated system with which to forecast s...
By
John Wesley Powell Center for Analysis and Synthesis
link
October 6, 2014

It is well know that every earthquake can spawn others (e.g., as aftershocks), and that such triggered events can be large and damaging, as recently demonstrated by L’Aquila, Italy and Christchurch, New Zealand earthquakes. In spite of being an explicit USGS strategic-action priority (http://pubs.usgs.gov/of/2012/1088; page 32), the USGS currently lacks an automated system with which to forecast s...
Learn More
March 1, 2018

To assess whether recent seismicity is induced by human activity or is of natural origin, we analyze fault displacements on high-resolution seismic reflection profiles for two regions in the central United States (CUS): the Fort Worth Basin (FWB) of Texas, and the northern Mississippi embayment (NME). Since 2009 earthquake activity in the CUS has increased dramatically, and numerous publications s
By
Natural Hazards, Earthquake Hazards
January 10, 1995

Proceedings of workshop LXIII; USGS Red-Book conference on the Mechanical involvement of fluids in faulting

Velocity dependent friction of granite over a wide range of conditions

Direct shear sliding experiments on bare ground surfaces of Westerly granite have been conducted over an exceptionally wide range of sliding rates (10−4 µm/s to 10³ µm/s) at unconfined normal stresses (σn) of 5, 15, 30, 70, and 150 MPa. A new sample configuration was developed that permitted measurements at normal stresses of 70 and 150 MPa without immediate sample failure. Measurements of steady-
January 1, 1992

An earthquake mechanism based on rapid sealing of faults

RECENT seismological, heat flow and stress measurements in active fault zones such as the San Andreas have led to the suggestion1,2 that such zones can be relatively weak. One explanation for this may be the presence of overpressured fluids along the fault3-5, which would reduce the shear stress required for sliding by partially 'floating' the rock. Although several mechanisms have been proposed f
January 1, 1992

Creep, compaction and the weak rheology of major faults

Seismicity on crustal faults is concentrated in the depth interval 1-3 to 12-15 km. Tse and Rice (1986) suggested that the lower bound on seismicity is due to a switch with increasing temperature from velocity weakening (destabilizing) to velocity strengthening (stabilizing) friction. New data is presented from sliding experiments on granite at elevated T (23?? to 600??C) plus elevated PH2O(100 MP