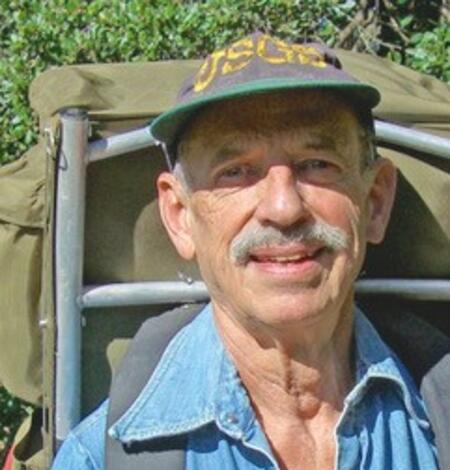 Pete Lipman's work has involved applying, cooperatively with others, techniques of petrology, geochemistry, geochronology, oceanography, and geophysics to problems that have been well constrained by detailed field studies.

Lipman obtained a bachelor degree in geology from Yale University in 1958, followed by a M.S. in 1960 and Ph.D. in 1962 from Stanford University.  Although his graduate dissertation involved study of the ultramafic, granitic, and metamorphic rocks of the Trinity Alps in northern California, he has worked largely on problems of volcanic geology since joining the U.S. Geological Survey in 1962.  From 1962-1990, Lipman resided mainly in Golden, Colorado, with his wife Beverly and two sons born in 1966 and 1968.  Major interludes have included an NSF postdoctoral fellowship at the University of Tokyo in 1964-65 to study active silicic volcanism in Japan and a two-year stint at the Survey's Hawaiian Volcano Observatory at Kilauea Volcano in 1975-1977.  In 1991, Lipman moved his office to Menlo Park, California, and he and Bev now live on the edge of the American plate, surrounded by poison oak, in Portola Valley.

Lipman has worked on volcanic rocks and problems in seven western states, as well as in Hawaii, Japan, China, and the USSR.  His work has involved applying, cooperatively with others, techniques of petrology, geochemistry, geochronology, oceanography, and geophysics to problems that have been well constrained by detailed field studies.  Special topics of interest have included:  volcanism as a record of igneous processes within the earth, volcanism as evidence of plate-tectonic interactions, comparisons between processes of active volcanism and the internal structures of eroded ancient volcanoes, relations between volcanism and ore deposits, monitoring of active volcanoes by geodetic measurements of ground deformation, volcanic hazards and scientific responsibilities. Lipman is author of more than 270 scientific reports, excluding abstracts.  He coedited the Geological Survey's 900 p. book on the 1980 eruption of Mount St. Helens Volcano published in 1982, the Geological Society of America's DNAG volume on The Cordilleran Orogen: Conterminous U.S., and also two special issues of the Journal of Geophysical Research (1985 Calderas and Associated Rocks, 1991 Middle Tertiary Cordilleran Magmatism). From 1991 to 1994, he was a science manager for the USGS, serving as Chief of the Branch of Volcanic and Geothermal Processes (135 employees), and coordinator for a $20 M Congressional line-item program focused on volcanic hazards and geothermal resources.  Since 1995, he has been chief scientist for the USGS project "Eruptive hazards at large volcanoes," focused on ignimbrite calderas of the San Juan Mountains, Colorado, and Mauna Loa volcano, Hawaii" (as Emeritus Scientist since 2003).

The San Juan Mountains in southwestern Colorado have long been known as a site of exceptionally voluminous mid-Tertiary volcanism, including at least 22 major ignimbrite sheets (each 150–5,000 km³) and associated caldera structures active at 34–23 Ma. Recent volcanologic and petrologic studies in the San Juan region have focused mainly on several ignimbrite-caldera systems: the southeastern area (
By
Volcano Hazards, Volcano Science Center
September 25, 2012

The San Juan Mountains in southwestern Colorado have long been known as a site of exceptionally voluminous mid-Tertiary volcanism, including at least 22 major ignimbrite sheets (each 150-5,000 km3) and associated caldera structures active at 33-23 Ma. Recent volcanologic and petrologic studies in the San Juan region have focused mainly on several ignimbrite-caldera systems: the southeastern area (
By
Natural Hazards, Volcano Hazards, Volcano Science Center
February 28, 2007

The San Juan Mountains are the largest erosional remnant of a composite volcanic field that covered much of the southern Rocky Mountains in middle Tertiary time. The San Juan field consists mainly of intermediate-composition lavas and breccias, erupted about 35-30 Ma from scattered central volcanoes (Conejos Formation) and overlain by voluminous ash-flow sheets erupted from caldera sources. In the
By
Natural Hazards, Volcano Hazards, Volcano Science Center
January 1, 1976 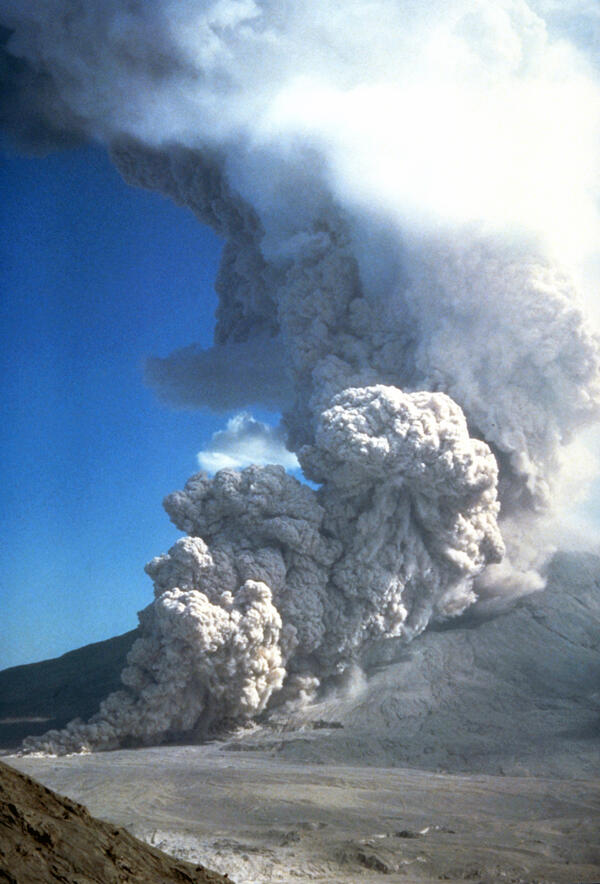 Many eroded calderas expose associated postcollapse plutons, but detailed fieldwork‐supported studies have rarely focused on the internal structure that can contribute to understanding of emplacement dynamics. The Alamosa River monzonite pluton is a postcollapse intrusion at the Platoro caldera complex that erupted six large ignimbrites between 30.2 and 28.8 Ma in the Southern Rocky Mountains volc
By
National Cooperative Geologic Mapping Program, Geosciences and Environmental Change Science Center
December 7, 2018

Diverse welding, crystallization, and structural features develop when a hot ignimbrite encounters external water, depending largely on volatile-rock ratios. Such processes are spectacularly documented by a regional ignimbrite, where ponded within an older caldera in the San Juan Mountains, Colorado. Interaction of hot pyroclastic flows with moist underlying sediments or standing water in a stream
By
Volcano Hazards, Volcano Science Center
April 5, 2016

Slab-rollback ignimbrite flareups in the southern Great Basin and other Cenozoic American arcs: A distinct style of arc volcanism

An ignimbrite caldera from the bottom up: Exhumed floor and fill of the resurgent Bonanza caldera, Southern Rocky Mountain volcanic field, Colorado

Modeling volcano growth on the Island of Hawaii: Deep-water perspectives

Transitional-composition pillow basalts from the toe of the Hilo Ridge, collected from outcrop by submersible, have yielded the oldest ages known from the Island of Hawaii: 1138 ± 34 to 1159 ± 33 ka. Hilo Ridge has long been interpreted as a submarine rift zone of Mauna Kea, but the new ages validate proposals that it is the distal east rift zone of Kohala, the oldest subaerial volcano on the isla
By
Volcano Hazards, Volcano Science Center, Geology, Minerals, Energy, and Geophysics Science Center