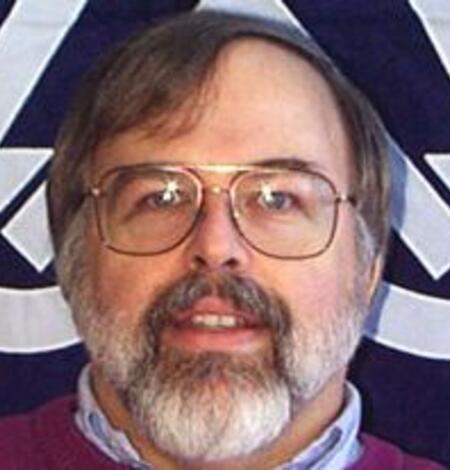 I have been a hydrologist with the U.S. Geological Survey since 1973 and have conducted numerous hydrogeologic studies in both upstate New York and on Long Island. My principal interests include the application of surface and borehole geophysical techniques to hydrogeologic investigations, and ground water-surface water interactions in both valley-fill and coastal plain aquifers.

I have served as project chief of the Detailed Aquifer Mapping Program in New York State since 1982. A total of 34 reports covering important stratified-drift aquifers in upstate New York have been released since the program’s inception in 1980. These reports form the foundation of NYSDEC's wellhead protection program in upstate New York, inasmuch as NYSDEC has proposed that mapped aquifer boundaries "...serve as the fundamental delineation of wellhead protection areas..," in New York State.

My studies of the hydrogeology of the Beaver Kill and Pepacton Reservoir Basins in the Catskill Mountains of southeastern New York show that the high baseflows of streams in this region are primarily the result of groundwater contributions from the underlying sandstone bedrock (Reynolds, 2000a, 2004). These findings have revised the planned areas where the New York City Department of Environmental Protection seeks to purchase land within their watersheds.

My long-standing interest in USGS reports has allowed me to act as the New York District Reports Specialist and to fill in for the Western Regional Reports Specialist in the past. I hold a B.S. degree in Earth Sciences from Adelphi University, and an M.S. degree in Water Resources Engineering from the State University of New York at Stony Brook. I have authored or co-authored more than 40 scientific papers and reports on such topics as the floodwave-response technique of determining aquifer diffusivity, the application of continuous seismic reflection profiling to hydrologic studies, the effect of urbanization on stream base flow, and the hydrogeologic characterization of valley-fill aquifers. I am a licensed Professional Geologist in the State of New York. I retired from the USGS in 2015 but continue to be active as a Scientist Emeritus at the New York Water Science Center.

A geological footnote: As a graduate student at Adelphi University in 1973, I discovered a buried spruce root in an exposure of Roslyn Till in Port Washington, NY while conducting a till fabric of stones emplaced in the till. I removed and bagged the wood sample, which was later submitted for Carbon-14 dating. The C-14 analysis dated the spruce root at 21,750 years B.P. (before present), This date has since been accepted by glacial geologists as the approximate date of the last glaciation on Long Island and deposition of the terminal moraine. 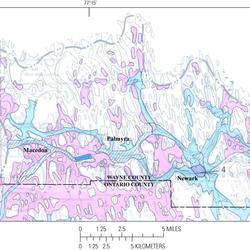 Introduction Detailed mapping of the glacial aquifer within the buried Fairport-Lyons bedrock channel in southern Wayne County, N.Y. is the latest study in the cooperative Detailed Aquifer Mapping Program between the U.S. Geological Survey (USGS) and the New York State Department of Environmental Conservation (NYSDEC). The aim of the program is to map the extent of glacial aquifers in New York
By
New York Water Science Center
link
August 13, 2015

Introduction Detailed mapping of the glacial aquifer within the buried Fairport-Lyons bedrock channel in southern Wayne County, N.Y. is the latest study in the cooperative Detailed Aquifer Mapping Program between the U.S. Geological Survey (USGS) and the New York State Department of Environmental Conservation (NYSDEC). The aim of the program is to map the extent of glacial aquifers in New York
Learn More
March 4, 2022

Digital datasets for the hydrogeology of aquifers within the Fairport-Lyons Channel System and adjacent areas in Wayne, Ontario, and Seneca Counties, New York

A study was conducted to provide detailed mapping of glacial aquifers associated with the Fairport-Lyons channel system in Wayne, Ontario, and Seneca Counties, New York. The study was part of the cooperative Detailed Aquifer Mapping Program between the U.S. Geological Survey (USGS) and the New York State Department of Environmental Conservation (NYSDEC). The objective of the study was to character
By
New York Water Science Center
January 29, 2011

The hydrogeology of the stratified-drift aquifer in the Sprout Creek and Fishkill Creek valleys in southern Dutchess County, New York, previously investigated by the U.S. Geological Survey (USGS) in 1982, was updated through the use of new well data made available through the New York State Department of Environmental Conservation's Water Well Program. Additional well data related to U.S. Environm
By
Water Resources, New York Water Science Center
December 6, 2007

The nature and extent of valley-fill aquifers in the Port Jervis Trough was evaluated for a 16 mile section of this valley from the Orange-Sullivan County line near Westbrookville to the village of Napanoch in Ulster County as part of the U.S. Geological Survey's Detailed Aquifer Mapping Program in New York State. The principal aquifer in the Port Jervis Trough is a 50 feet thick outwash aquifer t
By
Water Resources, New York Water Science Center
Filter Total Items: 33
March 2, 2022

Hydrogeology of aquifers within the Fairport-Lyons channel system and adjacent areas in Wayne, Ontario, and Seneca Counties, New York

A hydrogeologic investigation was undertaken by the U.S. Geological Survey, in cooperation with the New York State Department of Environmental Conservation, within the areas shown in the Macedon, Palmyra, Newark, and Lyons 7.5-minute quadrangle maps that include parts of Wayne, Ontario, and Seneca Counties in New York. The most productive zone of aquifers within the study area is associated with t
By
Water Resources, New York Water Science Center
June 7, 2016

Monitoring the status of Gray Bats (Myotis grisescens in Virginia, 2009-2014, and potential impacts of White-nose Syndrome

Myotis grisescens (Gray Bat) is a federally endangered species distributed over the mid-South with a summer range that extends across the upper Tennessee River Basin, including southwest Virginia. Given the onset of White-nose Syndrome (WNS) in the Commonwealth in the winter of 2009, we initiated yearly surveys in late summer 2009 to monitor the status of known summer populations. Our objectives w
By
Water Resources, Cooperative Research Units, New York Water Science Center
May 1, 2015

The lithology, areal extent, and the water-table configuration in stratified-drift aquifers in the northern part of the Pony Hollow Creek valley in the Town of Newfield, New York, were mapped as part of an ongoing aquifer mapping program in Tompkins County. Surficial geologic and soil maps, well and test-boring records, light detection and ranging (lidar) data, water-level measurements, and passiv
By
Water Resources, New York Water Science Center
June 6, 2013

In 2009, the U.S. Geological Survey, in cooperation with the New York State Department of Environmental Conservation, began a study of the hydrogeology of the West Branch Delaware River (Cannonsville Reservoir) watershed. There has been recent interest by energy companies in developing the natural gas reserves that are trapped within the Marcellus Shale, which is part of the Hamilton Group of Devo
By
Water Resources, New York Water Science Center
August 9, 2011

Hydrogeology of the potsdam sandstone in northern New York

The Potsdam Sandstone of Cambrian age forms a transboundary aquifer that extends across northern New York and into southern Quebec. The Potsdam Sandstone is a gently dipping sequence of arkose, subarkose, and orthoquartzite that unconformably overlies Precambrian metamorphic bedrock. The Potsdam irregularly grades upward over a thickness of 450 m from a heterogeneous feldspathic and argillaceous r
By
Water Resources, New York Water Science Center
January 7, 2010

This set of maps and geohydrologic sections depicts the geology and hydrology of aquifers in the 21.9-square-mile reach of the Chenango River valley between Brisben and North Norwich, N.Y. This report depicts the principal geographic features of the study area; locations of domestic, commercial, and municipal wells from which data were obtained to construct water-table and saturated-thickness maps
By
Water Resources, New York Water Science Center
February 1, 2003

Hydrogeology of the Waverly-Sayre area in Tioga and Chemung counties, New York and Bradford county, Pennsylvania

The hydrogeology of a 135-square-mile area centered at Waverly, N.Y. and Sayre, Pa. is summarized in a set of five maps and a sheet of geologic sections, all at 1:24,000 scale, that depict locations of wells and test holes (sheet 1), surficial geology (sheet 2), altitude of the water table (sheet 3), saturated thickness of the surficial aquifer (sheet 4), thickness of the lacustrine confining unit
By
Water Resources, New York Water Science Center