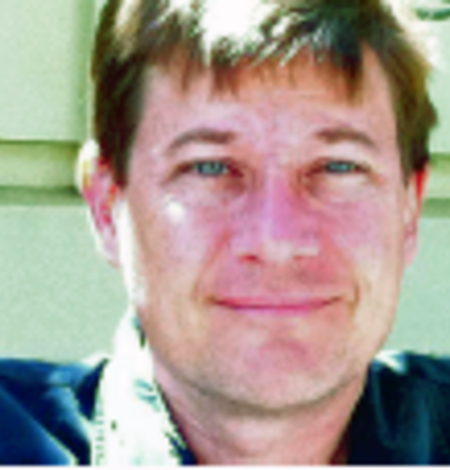 Stephen Gingerich is a research hydrologist at the USGS Oregon Water Science Center.

Stephen Gingerich has been a Research Hydrologist for the U.S. Geological Survey since 1995. He has authored over 35 scientific papers on subjects such as groundwater modeling and island hydrology. He was a Fulbright Scholar working in Japan during 2008-09. He started working for the USGS in 1990 as a student. He has worked on hydrologic studies in Oregon, Hawaii, Guam, Japan, the Marshall Islands, American Samoa, the Northern Mariana Islands, and Diego Garcia.

In response to increasing groundwater demand and declining groundwater levels in the Harney Basin of southeastern Oregon, the U.S. Geological Survey and the Oregon Water Resources Department conducted a cooperative groundwater-availability study during 2016–22. This Fact Sheet summarizes the results of this study. Full details of the study are provided in Gingerich and others (2022a, 2022b), Garci
By
Water Resources, Oregon Water Science Center
April 11, 2022

Groundwater development has increased substantially in southeastern Oregon’s Harney Basin since 2010, mainly for the purpose of large-scale irrigation. Concurrently, some areas of the basin experienced groundwater-level declines of more than 100 feet, and some shallow wells have gone dry. The Oregon Water Resources Department has limited new groundwater development in the basin until an improved u

The noble gas temperature climate proxy is an established tool that has previously been applied to determine the source of groundwater recharge, however, unanswered questions remain. In fractured media (e.g., volcanic islands) recharge can be so rapid that groundwater is significantly depleted in heavy noble gases, indicating that the water has retained noble gas concentrations from higher elevati
By
Water Resources, Climate Research and Development Program
January 7, 2021

Kīlauea Volcano, on the Island of Hawaiʻi, is surrounded and permeated by active groundwater systems that interact dynamically with the volcanic system. A generalized conceptual model of Hawaiian hydrogeology includes high-level dike-impounded groundwater, very permeable perched and basal aquifers, and a transition (mixing) zone between freshwater and saltwater. Most high-level groundwater is asso
By
Volcano Hazards, Volcano Science Center
November 4, 2019

Isotopic and geochemical assessment of the sensitivity of groundwater resources of Guam, Mariana Islands, to intra- and inter-annual variations in hydroclimate

Assessing the sensitivity of groundwater systems to hydroclimate variability is critical to sustainable management of the water resources of Guam, US territory. We assess spatial and temporal variability of isotopic and geochemical compositions of vadose and phreatic groundwater sampled from cave drip sites and production wells, respectively, to better understand the vulnerability of the freshwate
By
Water Resources, Pacific Islands Water Science Center
September 30, 2019

The goals of this joint U.S. Geological Survey, University of Hawaiʻi, University of Guam, University of Texas, and East-West Center study were to (1) provide basic understanding about water resources for U.S. Department of Defense installations on Guam and (2) assess the resulting effect of sea-level rise and a changing climate on freshwater availability, on the basis of historic information, sea
By
Water Resources, Pacific Islands Water Science Center
November 14, 2018

Groundwater is an important component of the water resources of the upper Umatilla River Basin of northeastern Oregon. As such, understanding the capacity of the resource is vital. Past studies have estimated recharge in the study area. One recent study of the upper Umatilla River Basin indicated that about 80 percent of recharge entering the groundwater system is discharged to streams in the stud
By
Water Resources, Oregon Water Science Center
October 16, 2018

Sea levels are rising, with the highest rates in the tropics, where thousands of low-lying coral atoll islands are located. Most studies on the resilience of these islands to sea-level rise have projected that they will experience minimal inundation impacts until at least the end of the 21st century. However, these have not taken into account the additional hazard of wave-driven overwash or its im
By
Pacific Coastal and Marine Science Center
May 12, 2017

Uneven distribution of rainfall and freshwater scarcity in populated areas in the Island of Maui, Hawaii, renders water resources management a challenge in this complex and ill-defined hydrological system. A previous study in the Galapagos Islands suggests that noble gas temperatures (NGTs) record seasonality in that fractured, rapid infiltration groundwater system rather than the commonly observe
By
Water Resources, Oregon Water Science Center
April 28, 2017

An unprecedented set of hydrologic observations was collected after the Dec 2008 seawater-flooding event on Roi-Namur, Kwajalein Atoll, Republic of the Marshall Islands. By two days after the seawater flooding that occurred at the beginning of dry season, the observed salinity of water withdrawn by the island’s main skimming well increased to 100% seawater concentration, but by ten days later alre
By
Water Resources, Pacific Islands Water Science Center
link 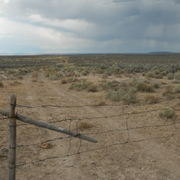 Scientists Stephen Gingerich and Adel Haj, Jr. are leading efforts to estimate groundwater budgets across the state. Water hidden beneath the earth’s surface is a vital resource and quantifying its availability is crucial for long-term management. USGS scientists are collaborating with scientists at the Oregon Water Resources Department to gain a better understanding of this valuable resource.
By
Oregon Water Science Center
link
January 18, 2023

Scientists Stephen Gingerich and Adel Haj, Jr. are leading efforts to estimate groundwater budgets across the state. Water hidden beneath the earth’s surface is a vital resource and quantifying its availability is crucial for long-term management. USGS scientists are collaborating with scientists at the Oregon Water Resources Department to gain a better understanding of this valuable resource.
Learn More
link 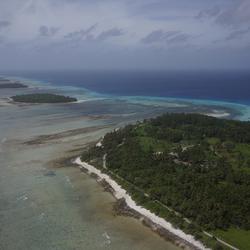 Providing basic understanding and specific information on storm-wave inundation of atoll islands that house Department of Defense installations, and assessing the resulting impact of sea-level rise and storm-wave inundation on infrastructure and freshwater availability under a variety of sea-level rise and climatic scenarios.
By
Natural Hazards, Coastal and Marine Hazards and Resources Program, Pacific Coastal and Marine Science Center
link
June 27, 2022 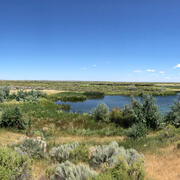 This study will characterize and quantify the groundwater system in the Harney Basin to address gaps in our present understanding.
By
Oregon Water Science Center
link
December 15, 2017

This study will characterize and quantify the groundwater system in the Harney Basin to address gaps in our present understanding.
Learn More
April 28, 2022

This dataset contains manually developed 5-, 10-, and 500-ft contours for the Harney Basin, Oregon aquifer system shallow and deep potentiometric-surface maps. The potentiometric-surfaces show altitude at the water-table surface (shallow) and at which the water level would have risen in tightly-cased wells deeper than 100 ft (deep) and generally represents synoptic conditions during February-March
By
Oregon Water Science Center
October 2, 2019

A previously published three-dimensional, groundwater model (SUTRA) (http://doi.org/10.3133/sir20135216) was used to evaluate the effects of future climate and withdrawal on the freshwater lens of Guam. The model was run using 2080 to 2099 estimated recharge and sea-level rise. This USGS data release contains all of the input and output files for the simulations described in the associat
By
Water Resources, Pacific Islands Water Science Center

Guam’s water demands are anticipated to increase. Potential impacts of sea-level rise and a changing climate on surface-water and groundwater...