The most cratered landscape on Earth is a Nevada desert called Yucca Flat. The craters are the remnants of decades of nuclear tests conducted by the United States since early in the Cold War. 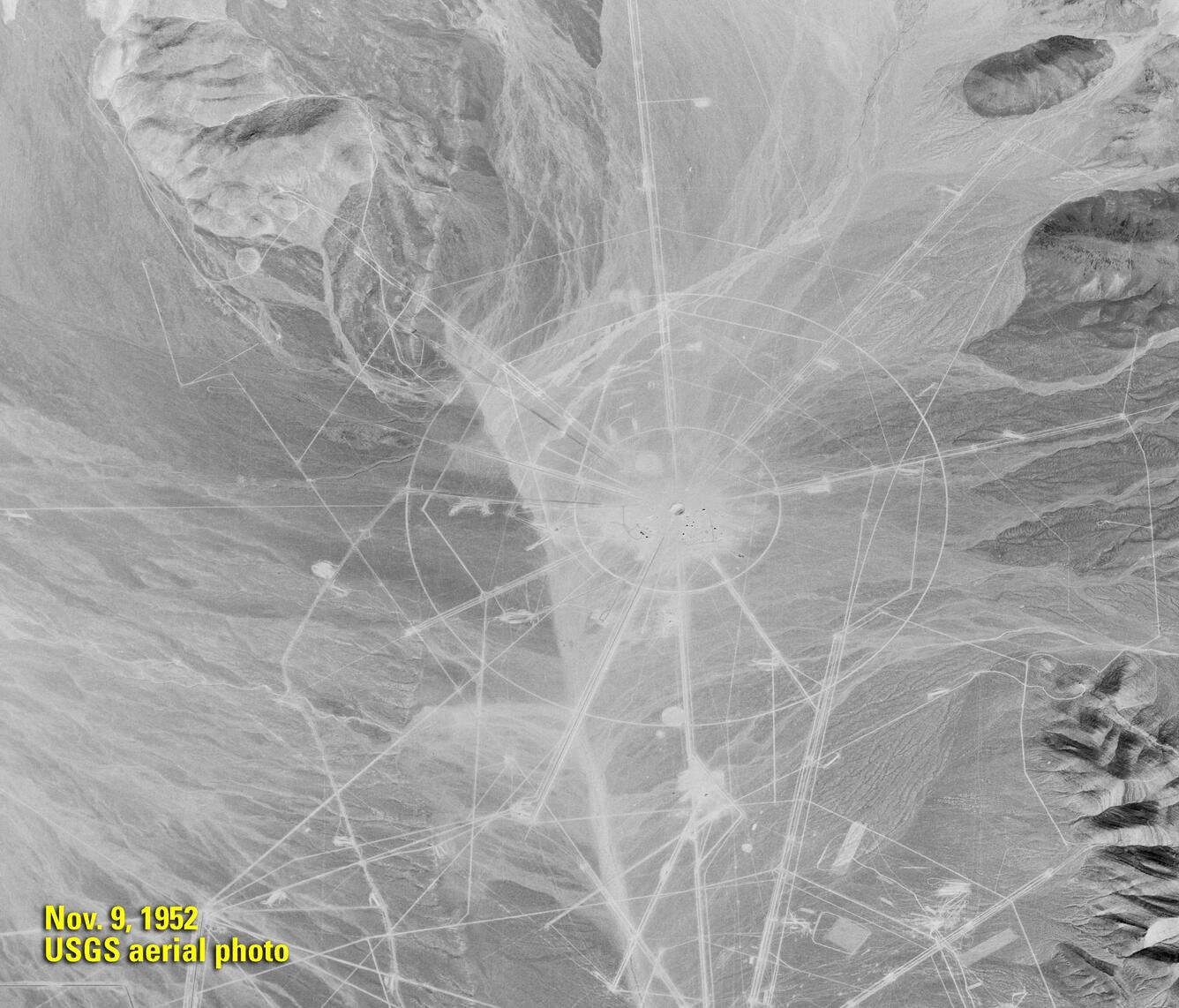 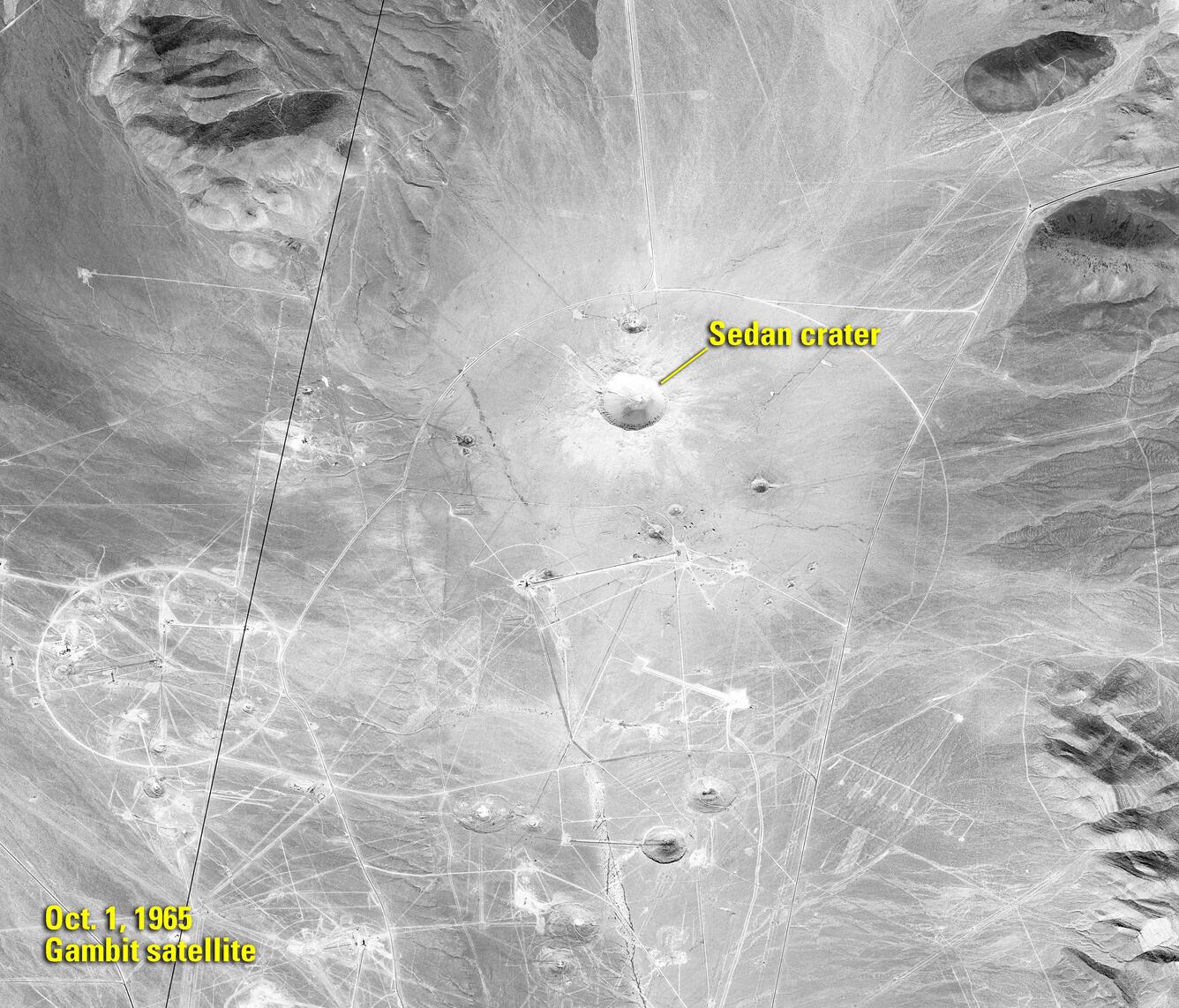 Historical images from the USGS EROS archive show the changing cratered landscape. A 1952 aerial photo shows that such testing had already begun. A declassified satellite image from 1965 shows a more heavily cratered landscape and reveals the largest of these craters.

The Sedan crater was created on July 6, 1962, when a 104-kiloton nuclear device was detonated underground. The resulting crater is 1,280 feet wide and 320 feet deep. The explosion created a cavity that the surface soil collapsed into. So it’s more of a subsidence crater than an impact crater. In fact, most of the craters at this site are the result of underground testing as aboveground nuclear testing was banned in 1963.

The Sedan crater was not the result of a weapons test, but a test of a potential peaceful use of nuclear explosions. The idea was that they could be used in the construction of canals, harbors, quarries, or other projects requiring excavation.

The image from Landsat 8 seen below shows the pockmarked desert as it looks now, perhaps more reminiscent of the moon than earth. The site is no longer used for nuclear testing but is still used for nuclear response training. 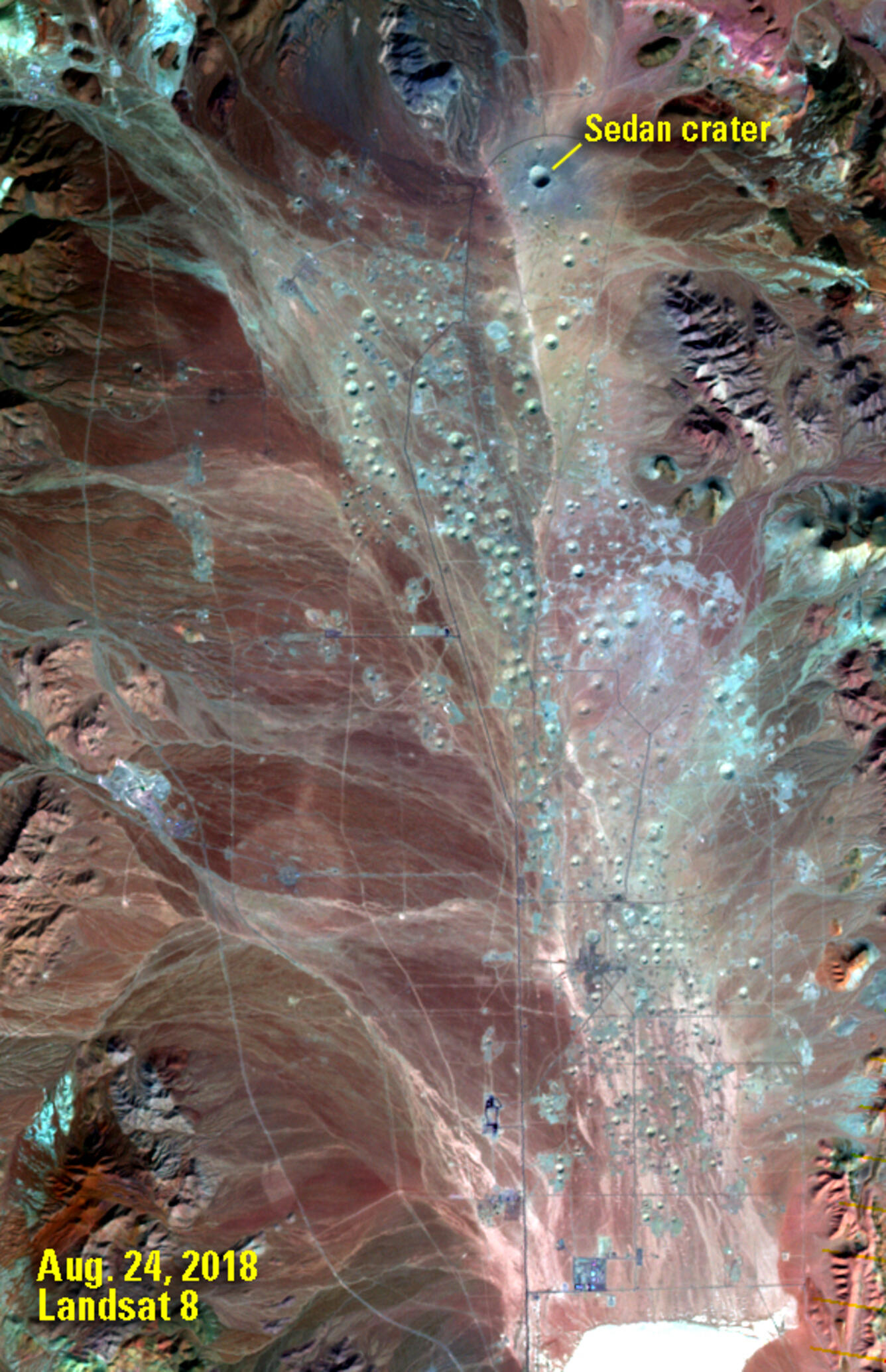