The Most Advanced Landsat Archive

Landsat satellite data have never been as valuable or as useful to the science and applications community as they are today.

Landsat research was once largely a before-and-after affair, in which scientists would compare one date of imagery to another to find differences on the landscape.

Today, Landsat data is used to track decades of land change on an annual and interannual basis, pixel by pixel, across an astonishing array of data points, in ways that would have been all but impossible just a decade ago.

Researchers can see if a 30-by-30-meter plot of ground in Atlanta, GA is hotter today than it was in 1985. They can see short-term disturbances to mangrove forests from hurricanes that struck decades ago. They can see the scars left behind by fires less than 500 meters in size, in remote stretches of U.S. forest that may have never seen a human visitor.

That’s all possible thanks to analysis ready data (ARD), data processed meticulously into a collection to smooth out and correct for the small but important differences between today’s observations and observations collected using technology from the 1970s, 80s, and 90s.

The USGS Earth Resources Observation and Science (EROS) Center has just released Landsat Collection 2, an upgrade that makes Landsat data easier to use alongside other satellite data sources, namely Europe’s Sentinel-2 satellites, is available in a cloud-friendly file format, and offers wider access to some of the ARD products that Landsat Collection 1 made possible.

“It makes good data better,” said Calli Jenkerson, an EROS contractor who manages the Land Science Research and Development (LSRD) team. “That’s what it does.”

Collections: Unlocking the potential of Landsat

To understand why Collection 2 matters, it’s useful to first dig into what a collection is: A way to bring a vast, complex dataset into alignment.

The Landsat mission, with its seven sensors, has circled the planet since 1972, and the data they’ve collected have improved with the launch of each new observatory. Early Landsat pixels were more than twice as large as current pixels, for example. New sensors such as the Landsat 9 Operational Land Imager Two (OLI-2) and Thermal Infrared Sensor Two (TIRS-2) now measure more of the electromagnetic spectrum. Landsat 8 has a Global Positioning System (GPS) that can match the images it collects to a point on the Earth’s surface more accurately than ever. Data from all Landsat’s sensors are corrected for geometric accuracy using a globally distributed ground control point network.

Calibration and validation teams at EROS have worked diligently over the years to correct data errors as they arise. Before Collection 1, however, those corrections would be applied from the fix forward. A correction made one week might not be reflected in a scene collected the week before.

When work on Collection 1 began in 2016, the idea was to apply the fixes not just forward, but backwards as well. Scenes in the Level-1, Tier-1 category – Collection 1’s highest-quality scenes - are now consistent across time. As a result, scientists using it can trust that pixels from 1972 align with pixels from yesterday’s Landsat 8 overpass.

With a collections strategy – which NASA uses for data from sensors like its MODerate Resolution Imaging Spectroradiometer (MODIS) – data stays the same until the next collection is processed.

It’s that pixel-by-pixel certainty that makes higher-level Landsat-based science a reality, according to Dr. Christopher Crawford, the USGS Landsat Project Scientist at EROS.

“Ultimately, what a collections strategy does is to enable time -series analysis,” Crawford said. “It’s all about where you geolocate the pixels on the Earth’s surface. Better geometric alignment between the different instruments over time allows you to more reliably detect land surface change, and it reduces the uncertainty in what’s driving variability and change.”

That strategy also made it possible to produce higher-level data products, which users can currently order through USGS EarthExplorer. Level-2 products include surface reflectance, which corrects for atmospheric interference by aerosols and water vapor between light reflected at the top of the atmosphere and the light reflected off the ground, and surface temperature, which measures thermal infrared emission from the ground by also compensating for atmospheric temperatures and water vapor effects. Level-3 products go further still, enabling scientists to single out surface water, burned area, and snow cover for example.

Because it leans on Landsat 8’s onboard GPS unit that enables significantly improved ground control and harmonizes to the European Space Agency (ESA)’s Global Reference Image (GRI) created from the Sentinel-2 satellite mission, this new generation of Landsat data is more geometrically accurate when using Landsat and Sentinel-2 imagery together.

Taken together, Landsat and Sentinel-2 offer more frequent observations of the Earth’s surface. Before Collection 2, those observations didn’t always match up as cleanly as scientists needed them to. There were some locations where a Landsat pixel and Sentinel-2 pixel were offset by 20 meters or more.

“(With Collection 2), we’re bringing those two missions into better geometric alignment,” Crawford said. “It doesn’t solve the problem entirely, but it does improve it, which is something the Landsat Science Team has been advocating for a long time. It’s a significant leap forward.”

Collection 2 also delivers a standing product inventory of global surface reflectance and surface temperature data from 1982-present, adds more scenes to the Tier-1 inventory, and is available in a cloud-friendly file format that allows users to work with the Landsat archive without downloading scenes.

Each of those improvements will make a big difference for USGS Research Physical Scientist Dr. Gabriel Senay. Senay’s team at EROS produces evapotranspiration (ET) maps using Landsat data, which estimates evaporation from the Earth’s surface and transpiration from the leaves of plants at 30-meter resolutions. Those maps, in turn, help guide decision-makers grappling with water use questions in drier climates.

Mapping ET across time with Landsat is a complex endeavor, one requiring thousands of scenes and extensive computing power. Before moving to a cloud environment, it took Senay’s team a year to complete an ET model for the Colorado River Basin. A forthcoming nationwide ET model for the U.S. required more than 16,000 Landsat scenes, a workload that required the use of Google’s Earth Engine cloud computing resources.

“It used to be an impossible thing, something you wouldn’t even think about five years ago,” Senay said.

The improved cloud access will make the work even easier, Senay said, and more Tier-1 scenes will help improve the ET estimates across the U.S. The addition of cloud-based, global surface temperature and surface reflectance opens up another formerly impossible possibility: Worldwide ET modeling.

“For truly global operations, (the cloud) is the only way we can do it,” Senay said.

Improving interoperability with Sentinel-2 will make a difference for Senay, as well. In some of the cloudiest regions, he said, “even one more cloud-free scene will help us improve our model.”

ET models will benefit from Collection 2, but the now-global availability of higher-level products and a new file format that allows users to lean on cloud computing resources can open research possibilities across a wide range of study areas.

Now that Collection 2 is live, scientists can track at least three decades of temperature change for every 30-by-30-meter plot of ground on the planet where products are available. That alone opens the door to intensive study of far-flung regions of the world like the Arctic, where the impact of climate change has been more pronounced in recent decades.

“I see that as the thing that’s going to be the most revolutionary,” Crawford said. “This adds a significant improvement to our observational capability in climate sensitive high latitude and Polar regions, and I don’t think we really understand yet the full magnitude of the impact that product will have on quantification of recent global change.” 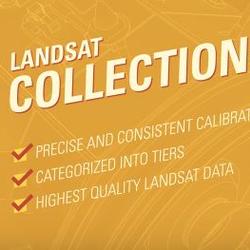 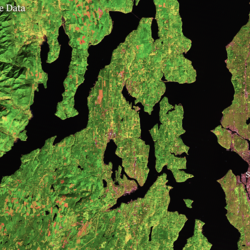 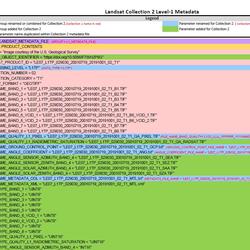 Several enhancements have been made to the Level-1 metadata delivered with the Landsat Collection 2 product, including what metadata fields are visible on EarthExplorer and in the bulk metadata files.

Several enhancements have been made to the Level-1 metadata delivered with the Landsat Collection 2 product, including what metadata fields are visible on EarthExplorer and in the bulk metadata files. 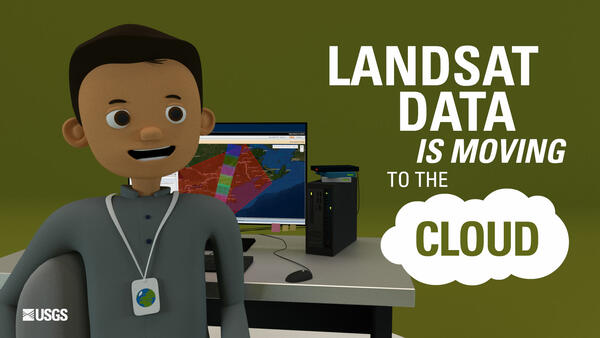 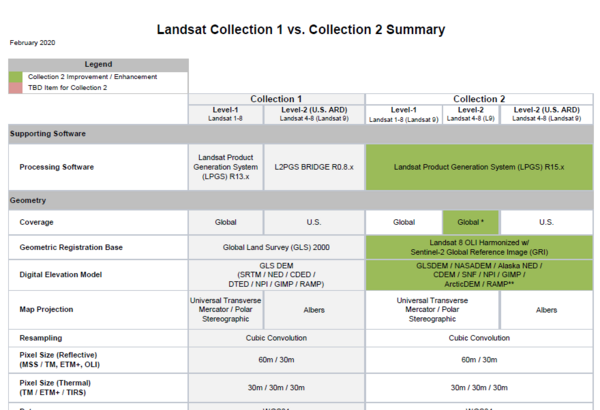 USGS Releases the Most Advanced Landsat Archive to Date