A river meanders serenely through the northern prairie, waters flowing eastward. The scene’s simplicity belies the complex nature of how the water is used—especially when the river flows from one country to another and back.

A tool for managing the complexity of a river system’s waters can come, surprisingly, from hundreds of miles above the Earth. Satellite technology and research conducted by the US Geological Survey’s Earth Resources Observation and Science (EROS) Center will benefit people who rely on the Milk River. The Milk River flows northeast out of Montana, then east in Alberta parallel to the border, then back southeast into Montana, eventually joining the Missouri River.

The U.S.-Canada International Joint Commission (IJC) manages lakes and river systems along the border of both countries. For the St. Mary-Milk Rivers system, the IJC provides guidance on measuring and apportioning water to help both countries share it fairly. Within the study area for this work, the river basin has slightly more land in Canada than the U.S., while most of the irrigation occurs in Canada.

Determining how much water is used, where and when helps with the apportioning; however, determining water use from irrigation has been an inexact science. For example, annual precipitation, streamflow, and withdrawals from the river can be quantified, but determining how the majority of water is used or lost to the atmosphere is less easily measured—especially when it’s used in a specific spot such as a field with differing levels of water-use intensity that depend on the type of crops, agro-climate, and management effectiveness.

A Better Way to Measure Water Use

Evapotranspiration (ET) is the amount of water lost by evaporation of water from the soil and transpiration through plant leaves. The agricultural calculation traditionally used to estimate ET has shortcomings, according to Roy Sando, a remote sensing and geographic information system specialist for the USGS Wyoming-Montana Water Science Center.

In the St. Mary-Milk River basin, available data were not at a resolution fine enough to help determine ET in different fields. “There was really no differentiation between particular fields or soil conditions or crop conditions, or any of the many factors that go into how much water is actually used,” Sando said.

Sando and his U.S. colleagues instead proposed using a model based on thermal imagery, or records of Earth’s surface temperature, from USGS Landsat satellites to determine field-scale ET. Integrating relevant weather data with the thermal data recorded by the Landsat satellites can indicate how the energy balance relates to evapotranspiration, Sando said.

“It’s really fascinating to look at these thermal images and think about it not in terms of temperature but in terms of the energy that’s being used by these components on the Earth’s surface,” he said.

Every point on Earth is observed every eight days between the two currently orbiting Landsat satellites. With the sheer volume of data collected, satellites are “the way of the future,” Sando predicted. “The more satellite data we have, the more we understand about the systems that we’re studying.”

Sando is the lead physical scientist for a three-phase project that will merge Landsat data from 1985-2020 with field observations. Ultimately, they will develop a tool that gives both historical and near-real-time perspectives of the amount of water used in a particular location.

The proper sharing of water resources isn’t just an international boundary concern. It pervades the western United States, where drought and water shortages are common. “There’s a lot of momentum right now on better estimating how much water’s being used,” Sando said.

For the U.S.-Canada project, Sando tapped the expertise of Dr. Gabriel Senay and his team with EROS, which collects and stores Landsat data. Senay, a research physical scientist, developed a model that uses satellite data to estimate the amount of evapotranspiration and help reveal where, when and how much water is being used in specific locations.

Once Senay’s team supplied the historical SSEBop ET and weather data for the U.S. side, Sando started analyzing it and acquiring similar Canada weather data to combine with Landsat data to apply to the model. This gave the Canadian counterparts on the project their first chance to estimate field-scale ET with remote sensing, Sando said. “We’re all very excited about it.”

Field observations will begin in June 2021 for the project’s second phase. In a joint effort between U.S. and Alberta agencies, information regarding crop type, irrigation type, irrigation scheduling, and other field data will be collected for about three weeks this year and again for three weeks next year. These observations will help answer questions raised by the satellite images, such as why some fields appear green and others look mottled.

“We have no idea what differences in the satellite images mean. Do those differences mean that one field is irrigated and another is not? Or is one of the fields on a different application schedule? Or is the irrigation the same, and the crop just isn’t thriving for a different reason?” Sando asked.

“When we’re looking at a field on a certain date, we can calibrate the model with what we see in the satellite imagery to what’s actually happening on the land,” he said. This combination of satellite data and field work could lead to the model’s applicability in areas where on-site observation isn’t practical.

Senay dreams of people one day going online or opening an app on their phone to select the SSEBop model. Then in a click, after drawing a boundary of an area, they could receive that area’s estimate of evapotranspiration.

Phase three will combine the results of the first two phases into a tool that comes close. It will let irrigators and water resource managers click a location to see its estimated water use in the past and near present.

This can help the IJC more confidently ensure that water is shared appropriately among users on both sides of the border.

The project has faced challenges, including tracking down Canadian weather data and coping with some images rendered useless by clouds. A canal-structure collapse forced the entire St. Mary canal to shut down for repairs in spring 2020, which led to severe summertime restrictions of irrigation downstream. COVID-19 border restrictions might make it harder for researchers to cross the border to conduct planned field observations in both countries.

One aspect that has worked remarkably well, though, is the joint effort between Sando and Senay.

“We are more on the model and data side, and Roy and his team do the analysis and manage the proposal. So it’s really a collaborative research work,” Senay said.

Sando appreciates being able to bounce ideas and observations off Senay’s group, who act as mentors as he applies the model to a new river basin. “The more I work in USGS, the more I realize that it really is a big team,” he said.

It’s my understanding that they use the data – like the numbers – and necessarily not the images. Not a huge deal to interchange them, maybe, since Sando seems to be. 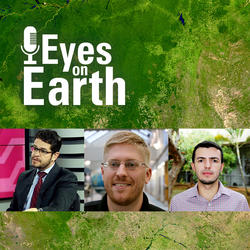 Eyes on Earth is a podcast on remote sensing, Earth observation, land change and science, brought to you by the USGS Earth Resources Observation and Science (EROS) Center. In this episode, we hear how Landsat aids water use studies in Brazil.

Eyes on Earth is a podcast on remote sensing, Earth observation, land change and science, brought to you by the USGS Earth Resources Observation and Science (EROS) Center. In this episode, we hear how Landsat aids water use studies in Brazil. 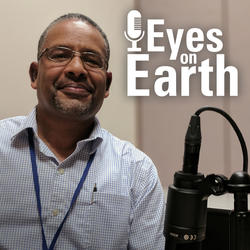 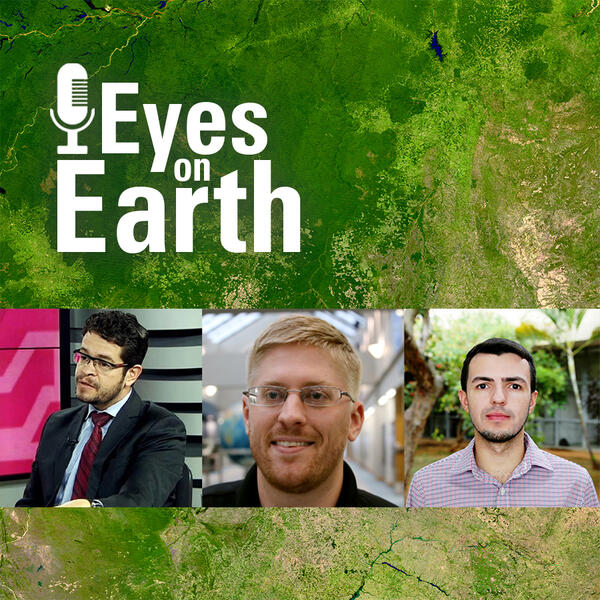 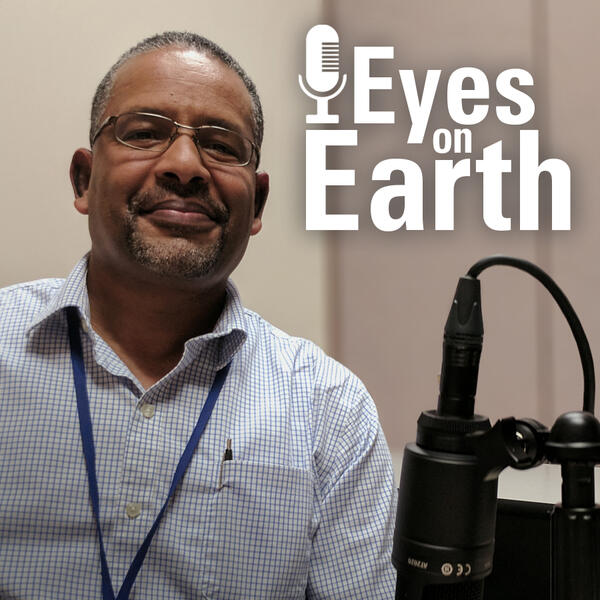 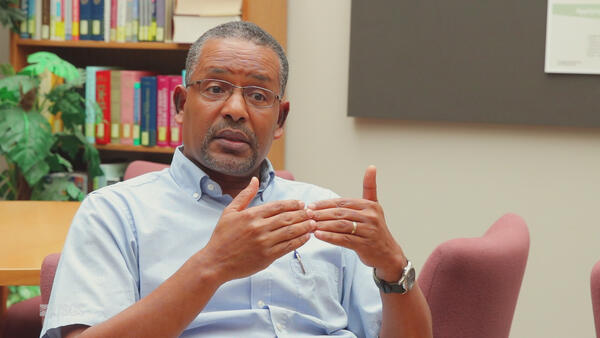 Scientists at the Earth Resources Observation and Science (EROS) Center have developed an algorithm that fuses Landsat 8 and Sentinel-2 data in a way...

For all of Landsat’s value to the United States—a 2017 U.S. Geological Survey (USGS) study placed the annual economic benefit of its data to this...