USGS recommendations for advancement to ST Scientist are subject to the availability of ST slots and Department of the Interior approval, as there are only 544 ST slots in the entire Federal government. Of those 544, the DOI only has 60 slots for ST scientists and there have only been three female ST Scientists in the past – ever! FORT ecologist Dr. Jill Baron was recently named ST Scientist, and is the fourth woman to receive this honor in the USGS! There are now three acting female ST scientists in the USGS: Jayne Belnap, Susan Haig and Jill Baron. It’s time to “toot some horns!” 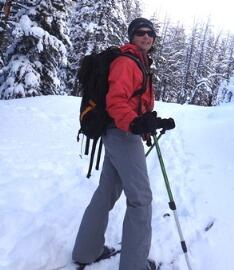 Dr. Baron first decided to become a scientist when inspired by her high school biology teacher. She wanted to, “work in nice places and use science to help protect them.” Jill has definitely achieved that goal and so many more.

In 2002, the U.S. Department of the Interior honored Dr. Baron with the Meritorious Service Award, the second highest Departmental award that can be granted to a career employee. Since then she has been diligently following her passion: studying atmospheric deposition and its effects on alpine lakes and surrounding ecosystems.

In early 2012, Dr. Baron was honored with two National Park Service (NPS) awards. She is the recipient of the 2012 NPS Intermountain Region Regional Director's Natural Resource Award for “research in air quality, nutrient cycling and climate change that applies locally and internationally, for work that has been instrumental in applying research findings to challenges in NPS management.” Dr. Baron received the 2011 Rocky Mountain National Park Stewardship Award “for cooperative efforts advancing the long-term protection of Rocky Mountain National Park.” In 2012, she was also elected President of the Ecological Society of America (ESA), the world’s largest professional society for the science of ecology.

Dr. Baron is a principal investigator for the Western Mountain Initiative and founder of the USGS John Wesley Powell Center for Earth System Science Analysis and Synthesis. The Western Mountain Initiative’s primary objective is to understand and predict the responses of Western mountain ecosystems to climatic variability and change, emphasizing sensitivities, thresholds, and resilience. She is the founder and co-director of the Powell Center and says, “As an ecosystem ecologist I know the complex issues facing society can only be addressed through collaboration. The synthesis of ideas from many disciplines and experiences allows us to learn from each other, to develop a kind of collective intelligence that I think leads to faster breakthroughs in understanding. I have the most fun pulling together great teams so we can do that.”

To maintain her new status as a Senior Scientist, Jill’s future responsibilities will include producing more outstanding research and making new scientific contributions, maintaining her status and reputation as a thought leader in the community, continued collaborations and definition of her field of study, and the demonstration of integrity and character. She will be expected to achieve outstanding results, inspire and develop people, and lead innovation and positive change. She will be known as an ambassador for the USGS and DOI. As a member of the group of highest ranking scientists, she will be in some ways, one of the most visible scientists in the Federal Government. She is and will remain a role model and mentor for generations of scientists – especially women. She will set a standard for integrity and bring her experience and wisdom to the table by sharing her advice with the scientific community on various advisory boards and professional societies.

Says David Hamilton, director of the Fort Collins Science Center where Dr. Baron is stationed, “Dr. Jill Baron has had a tremendous impact on her fields of science, on USGS program directions, and on the lives and careers of her fellow colleagues and graduate students. Her work on nitrogen biogeochemistry, mountain ecosystems, and adaptation to and effects of climate change is internationally recognized as innovative, groundbreaking, and authoritative. The quality, quantity, and depth of her published work serve as an impressive testament to Jill's creativity, scientific stature, work ethic, and dedication to science. All this coupled with her selfless collegiality and leadership for collaboration on a multitude of subjects are a testament to Jill's selection as a USGS Senior Scientist.” Congratulations Jill, we are all very proud and honored to work with you! 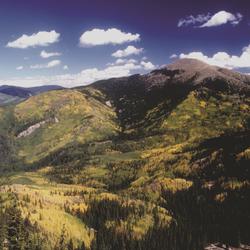 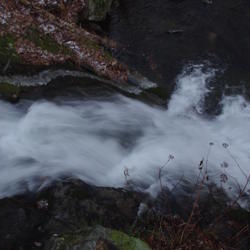 Mountain ecosystems of the western U.S. provide irreplaceable goods and services such as water, wood, biodiversity, and recreational opportunities, but their potential responses to anticipated climatic changes are poorly understood. The overarching objective of the Western Mountain Initiative (WMI) is to understand and predict the responses, emphasizing sensitivities, thresholds, resistance, and...
By
Fort Collins Science Center
link
May 5, 2016

Mountain ecosystems of the western U.S. provide irreplaceable goods and services such as water, wood, biodiversity, and recreational opportunities, but their potential responses to anticipated climatic changes are poorly understood. The overarching objective of the Western Mountain Initiative (WMI) is to understand and predict the responses, emphasizing sensitivities, thresholds, resistance, and...
Learn More
August 29, 2016

Key ecological responses to nitrogen are altered by climate change

Climate change and anthropogenic nitrogen deposition are both important ecological threats. Evaluating their cumulative effects provides a more holistic view of ecosystem vulnerability to human activities, which would better inform policy decisions aimed to protect the sustainability of ecosystems. Our knowledge of the cumulative effects of these stressors is growing, but we lack an integrated und
By
Ecosystems, Climate Research and Development Program, Land Change Science Program, Fort Collins Science Center
March 10, 2016

The differing biogeochemical and microbial signatures of glaciers and rock glaciers

Glaciers and rock glaciers supply water and bioavailable nutrients to headwater mountain lakes and streams across all regions of the American West. Here we present a comparative study of the metal, nutrient, and microbial characteristics of glacial and rock glacial influence on headwater ecosystems in three mountain ranges of the contiguous U.S.: The Cascade Mountains, Rocky Mountains, and Sierra
By
Ecosystems, Climate Research and Development Program, Land Change Science Program, Fort Collins Science Center
March 10, 2016

This Special Session took place on 12 August 2015 at the 100th Meeting of the Ecological Society of America in Baltimore, Maryland, and was conceived of and coordinated by the Science Policy Exchange. The Science Policy Exchange (SPE) is a boundary- spanning organization established to work at the interface of science and policy to confront pressing environmental challenges . SPE was created as a
By
Ecosystems, Climate Research and Development Program, Land Change Science Program, Fort Collins Science Center
February 29, 2016

An increasing number of network observatories have been established globally to collect long-term biogeochemical data at multiple spatial and temporal scales. Although many outstanding questions in biogeochemistry would benefit from network science, the ability of the earth- and environmental-sciences community to conduct synthesis studies within and across networks is limited and seldom done sati
By
Ecosystems, Climate Research and Development Program, Land Change Science Program, Fort Collins Science Center
February 15, 2016

Nutrients in the nexus

Synthetic nitrogen (N) fertilizer has enabled modern agriculture to greatly improve human nutrition during the twentieth century, but it has also created unintended human health and environmental pollution challenges for the twenty-first century. Averaged globally, about half of the fertilizer-N applied to farms is removed with the crops, while the other half remains in the soil or is lost from fa
By
Ecosystems, Fort Collins Science Center
November 13, 2015

Reactive nitrogen (Nr) from anthropogenic sources has been altering ecosystem function in lakes of the Rocky Mountains, other regions of western North America, and the Arctic over recent decades. The response of biota in shallow lakes to atmospheric deposition of Nr, however, has not been considered. Benthic algae are dominant in shallow, high-elevation lakes and are less sensitive to nutrient inp
By
Water Resources
December 3, 2014

Long-term patterns of stream nitrate export and atmospheric N deposition were evaluated over three decades in Loch Vale, a high-elevation watershed in the Colorado Front Range. Stream nitrate concentrations increased in the early 1990s, peaked in the mid-2000s, and have since declined by over 40%, coincident with trends in nitrogen oxide emissions over the past decade. Similarities in the timing a
By
Water Resources, Colorado Water Science Center
December 3, 2014

Long-term patterns of stream nitrate export and atmospheric N deposition were evaluated over three decades in Loch Vale, a high-elevation watershed in the Colorado Front Range. Stream nitrate concentrations increased in the early 1990s, peaked in the mid-2000s, and have since declined by over 40%, coincident with trends in nitrogen oxide emissions over the past decade. Similarities in the timing a
By
Water Resources, Colorado Water Science Center
May 1, 2014

Climate, not atmospheric deposition, drives the biogeochemical mass-balance of a mountain watershed

Watershed mass-balance methods are valuable tools for demonstrating impacts to water quality from atmospheric deposition and chemical weathering. Owen Bricker, a pioneer of the mass-balance method, began applying mass-balance modeling to small watersheds in the late 1960s and dedicated his career to expanding the literature and knowledge of complex watershed processes. We evaluated long-term trend
By
Ecosystems, Fort Collins Science Center
February 1, 2003

The Rocky Mountain region of Colorado and southern Wyoming receives as much as 7 kilograms per hectare per year ((kg/ha)/yr) of atmospheric nitrogen (N) deposition, an amount that may have caused changes in aquatic and terrestrial life in otherwise pristine ecosystems. The Rocky Mountain National Park, in its role of protecting air-quality related values under provisions of the Clean Air Act Amend
By
Water Resources, New York Water Science Center, Wyoming-Montana Water Science Center