Exploring the Unknown in the Deep North Atlantic Ocean

Learning more about international waters, or the "high seas," and other unexplored deepwater areas through exploration is critical to ensuring they are collectively and sustainably managed for the good of the planet.

Seamounts are underwater mountain ranges, generally comprised of extinct volcanoes. They are most often found in chains that extend hundreds of miles across the seafloor and rise hundreds or thousands of feet high. These interesting marine features increase upwelling of nutrient-rich water, accelerate ocean currents, amplify tides, and generate waves—all of which creates a unique and ideal habitat for a diverse community of ocean wildlife, including deep-sea corals, crabs, sponges, sea anemones, commercially important fish, and much more. Though we know that seamounts provide many ecological benefits and have a big effect on deepwater environments, they remain mostly unexplored. In fact, only 20% of the global seafloor has been mapped with modern high-resolution technology.

From June 20 through July 29, 2021, NOAA Ocean Exploration, in partnership with USGS, the U.S. Fish and Wildlife Service (USFWS), and other organizations and universities, conducted a telepresence-enabled ocean exploration to collect baseline information about unknown and poorly understood deepwater areas off the eastern U.S. coast and high seas. This expedition, called, the “2021 North Atlantic Stepping Stones: New England and Corner Rise Seamounts,” was focused on the ecosystems of the Northeast Canyons and Seamounts Marine National Monument and other unexplored areas in the New England and Corner Rise Seamounts chain, which extend from near the Mid-Atlantic Ridge to the eastern continental margin of the United States.

USGS scientists Jason Chaytor and Kira Mizell served as the geology science co-leads for the expedition. From land, they worked with multidisciplinary ship- and shore-based scientists to develop the remotely operated vehicle ((ROV) underwater machines that can be used to explore ocean depths while being operated by someone at the water surface) dive plans, lead and narrated ‘Live Dive’ events for a world-wide audience, and coordinated science outcomes. From July 2 to July 28, the team mapped about 40 seamounts, 20 of which had little to no preexisting data, since many of these had yet to be explored until now! Also, because many of these areas had never been seen before, the team had to conduct 14 “map and dives,” meaning they conducted preliminary mapping to determine the optimal location for ROV dives. Several short video interviews with USGS scientists help capture the science that guided the expedition’s activities and highlight their roles and the collaboration between USGS and NOAA as they explore the largely unmapped seafloor.

On July 28, staff from NOAA Ocean Exploration and Brittany Peterson (USFWS Monument’s Superintendent) explored the Northeast Canyons and Seamounts Marine National Monument through an interactive live event streamed at the Mystic Aquarium, in Mystic, Connecticut, with the visiting public so they could learn about the wildlife and features of their own marine backyard. The team discussed the geologic formations, history, and the unique and newly discovered biology of these areas with remote scientists and viewers. This event was also recorded and is available online.

Midway through the expedition, Jason and Kira were both asked to share what was most memorable about the research expedition so far. Jason replied, “The dives on the Corner Rise Seamounts provided some of the first opportunities ever to explore seafloor features that have not been mapped or seen, which is always a special experience. The numerous observations of carbonate caps on these seamounts, and the collection of samples (most importantly the nummulite agglomeration sample) that will help reveal the early history of these features, perhaps when they were at or above sea level, has been the highlight of the expedition so far.” Kira said, “As a scientist who studies marine minerals, my favorite dive from the Corner Rise Seamounts was Dive 06 on Castle Rock Seamount. During this dive, we saw thick ferromanganese crusts with very large botryoids (a rock textural feature that looks like a bunch of grapes) coating pillow lavas to create a wonderful bubble-like landscape. I also learned that the freshest, or most recently forming, ferromanganese crusts were observed during our dives to Corner Rise Seamounts in water depths between 2,000 and 2,500 meters (6,562 and 8,202 feet), which gives us clues about sedimentation, currents, and water masses over the long history of this seamount complex.”

The 2021 Stepping Stones ocean exploration is building on two previous expeditions in the New England Seamounts that took place in 2013 and 2014. The ROV and mapping data collected during this expedition will help fill gaps in our collective understanding of the North Atlantic seamount chains and can provide scientists and managers with a better understanding of diversity and distribution of deepwater habitats in this region, allowing for informed resource management decisions.

This work will also help fill mapping gaps in the high seas in support of Seabed 2030 and in U.S. waters in support of the National Strategy for Mapping, Exploring, and Characterizing the United States Exclusive Economic Zone (NOMEC). It also supports NOAA’s Atlantic Seafloor Partnership for Integrated Research and Exploration (ASPIRE) campaign and leverages international partnerships to support the Galway Statement on Atlantic Ocean Cooperation and the Sargasso Sea Commission.

To learn more about the expedition, the science team, each individual dive, and more, visit the NOAA Ocean Exploration webpage. 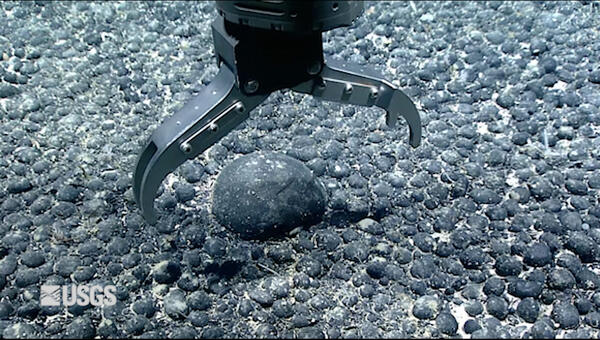 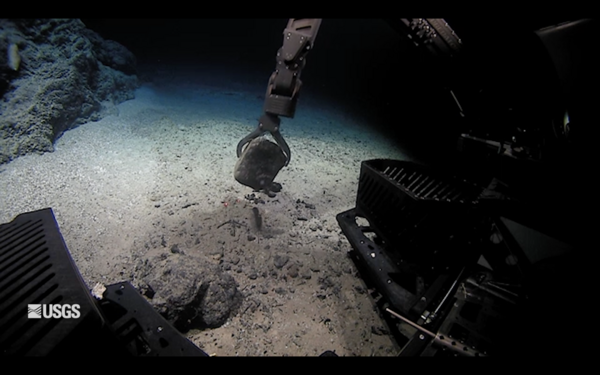