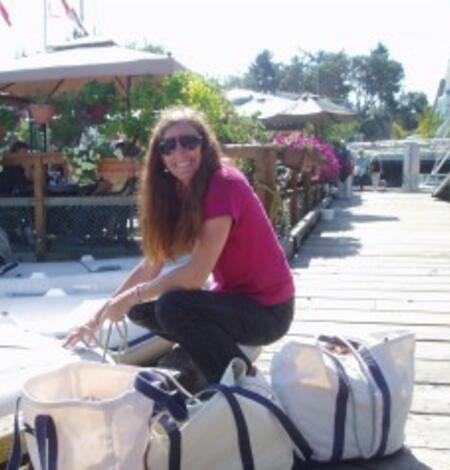 Laurie is a Research Chemist at Geology, Minerals, Energy, and Geophysics Science Center. Since joining the USGS in 1986, her career is devoted to studying environmental geochemistry. She specializes in metal cycling in aquatic environments with a current focus on the toxicity of metal mixtures to aquatic life.

Laurie worked as a chemical oceanographer in the School of Oceanography at the University of Washington early in her career, and did various coastal and open-ocean cruises. Her research at that time examined the adsorption of metals onto synthetic metal oxide phases and natural particles, and she helped with porewater work on organic matter diagenesis. When she joined the USGS, Laurie continued her adsorption research and got involved in field studies that examined the behavior of metals in terrestrial ecosystems. She studied carbon cycling in wetlands in Louisiana, metal cycling in numerous natural and pit lakes in the Northern United States, the composition of hydrothermal vents in Yellowstone Lake and their effect on lake chemistry, and the behavior of contaminants resulting from historical mining activities in numerous river basins in Alaska, Colorado, Idaho, Maine, Montana, Washington, and Vermont. 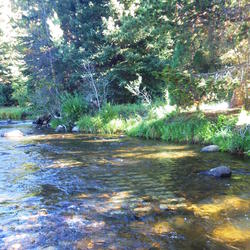 Water quality and aquatic life standards that are set by Federal and state regulatory agencies are used to evaluate the quality of our nation’s water and the health of aquatic ecosystems. These standards currently are based on hardness of the water and are determined for single metals, not for mixtures of metals that are typically found in natural systems. Metal mixtures can potentially be more or...
By
Ecosystems, Energy and Minerals, Water Resources, Contaminant Biology, Environmental Health Program, Mineral Resources Program, Toxic Substances Hydrology, Environmental Health Program, Fort Collins Science Center
link
August 12, 2016

Water quality and aquatic life standards that are set by Federal and state regulatory agencies are used to evaluate the quality of our nation’s water and the health of aquatic ecosystems. These standards currently are based on hardness of the water and are determined for single metals, not for mixtures of metals that are typically found in natural systems. Metal mixtures can potentially be more or...
Learn More
link

Developing the next generation of USGS resource assessments

Developing the next generation of USGS resource assessments

Bioaccumulation and toxicity of cadmium, copper, nickel, and zinc and their mixtures to aquatic insect communities

Executive SummaryAmerica has an abundance of natural resources. We have bountiful clean water, fertile soil, and unrivaled national parks, wildlife refuges, and public lands. These resources enrich our lives and preserve our health and wellbeing. These resources have been maintained because of our history of respect for their value and an enduring commitment to their vigilant protection. Awareness
By
Ecosystems, National Wildlife Health Center, Upper Midwest Water Science Center, Mercury Research Laboratory
December 7, 2018

Sediments from the Upper Columbia River, Washington, USA, are contaminated with metals from smelting operations. We conducted short‐term and long‐term tests with the midge Chironomus dilutus and the amphipod Hyalella azteca and short‐term tests with the freshwater mussel Lampsilis siliquoidea with 54 sediments from the Upper Columbia River to characterize thresholds for toxicity of metals to benth
By
Ecosystems, Contaminant Biology, Columbia Environmental Research Center
October 26, 2018

One of the primary goals of biological assessment of streams is to identify which of a suite of chemical stressors is limiting their ecological potential. Elevated metal concentrations in streams are often associated with low pH, yet the effects of these two potentially limiting factors of freshwater biodiversity are rarely considered to interact beyond the effects of pH on metal speciation. Using
By
Energy and Minerals, Contaminant Biology, Energy Resources Program, Environmental Health Program, Mineral Resources Program, National Laboratories Program, Science and Decisions Center, Toxic Substances Hydrology, Colorado Water Science Center, Geology, Minerals, Energy, and Geophysics Science Center
October 19, 2016

Isotopic insights into biological regulation of zinc in contaminated systems

Aquatic organisms use a variety of biogeochemical reactions to regulate essential and non-essential trace metals. Many of these mechanisms can lead to isotopic fractionation, thus measurement of metal isotopes may yield insights into the processes by which organisms respond to metal exposure. We illustrate these concepts with two case studies, one involving an intra- and the other an extra-cellula
By
Mineral Resources Program, Geology, Geophysics, and Geochemistry Science Center, Geology, Minerals, Energy, and Geophysics Science Center
June 1, 2015

Pit lakes are permanent hydrologic/landscape features that can result from open pit mining for metals, coal, uranium, diamonds, oil sands, and aggregates. Risks associated with pit lakes include local and regional impacts to water quality and related impacts to aquatic and terrestrial ecosystems. Stakeholders rely on predictive models of water chemistry to prepare for and manage these risks. This
By
Geology, Geophysics, and Geochemistry Science Center, Geology, Minerals, Energy, and Geophysics Science Center
May 13, 2015

The biotic ligand model (BLM) is a numerical approach that couples chemical speciation calculations with toxicological information to predict the toxicity of aquatic metals. This approach was proposed as an alternative to expensive toxicological testing, and the U.S. Environmental Protection Agency incorporated the BLM into the 2007 revised aquatic life ambient freshwater quality criteria for Cu.
By
Geology, Minerals, Energy, and Geophysics Science Center, Geology, Geophysics, and Geochemistry Science Center
May 23, 2017

Toxicity and chemistry data from an evaluation of metal-contaminated sediments from the Upper Columbia River, Washington, 2013-2014

This resource contains chemistry and toxicity data from sediment toxicity tests conducted by the USGS Columbia Environmental Research Center with 66 sediment samples collected from in and around the Upper Columbia River in the fall of 2013. Toxicity testing was conducted from fall 2013 through summer 2014 with the amphipod, Hyalella azteca, the midge Chironomus dilutus, and the mussel Lampsilis si
By
Columbia Environmental Research Center
March 8, 2017

This dataset is comprised of water quality data and benthic macroinvertebrate data collected from basins in Colorado, USA, and Finland. The data includes ancillary water quality characteristics but also a suite of trace metals observed at each site. Also included are modeled outputs that characterize the bioavailability of each trace metal to a biotic ligand. These data were used to explore the im
By
Water Resources, National Water Quality Program
August 3, 2016

Trace elements concentrations in pore water and surface water near the sediment-water interface in the Upper Columbia River, Washington (2015)

Smelter slag containing copper and other trace elements is widespread in riverbed sediment of the upper Columbia River (UCR) of the United States. To evaluate potential risk to aquatic life concentrations of copper and other trace elements were measured in shallow pore-water and in river water samples collected near the sediment-water interface. Samples were collected using an in-situ pore-water p
By
Washington Water Science Center 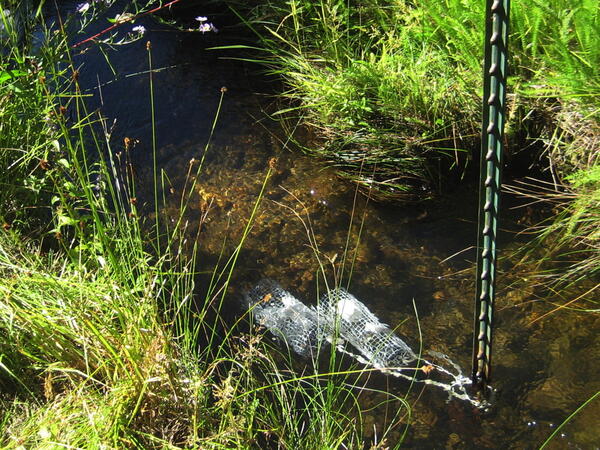