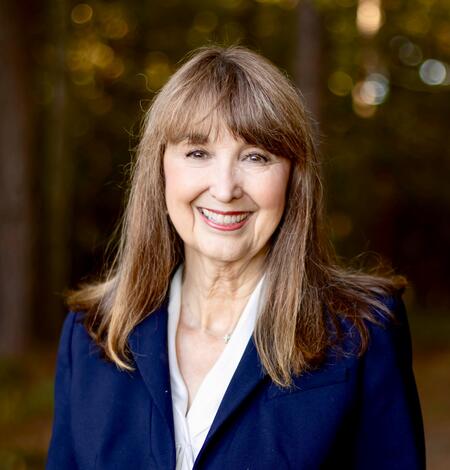 Chief Scientist for Climate and Land Use Change

Virginia Burkett is the Chief Scientist for Climate and Land Use Change, International Programs.

Dr. Virginia Burkett was the Chief Scientist for Global Change Research at the USGS during 2006-2014 and served as the USGS Associate Director for Climate and Land Use Change during 2015-2017.  Burkett was appointed Co-Chair of the U.S. Global Change Research Program in 2016 and served as Chair during 2017-2019.  Burkett is the United States’ alternate representative to the Executive Committee of the international Group on Earth Observations, which coordinates the collection and delivery of satellite and in-situ Earth Observations from 108 nations.

During 1990-2006 Burkett served as Chief of the Wetlands Ecology Branch at the USGS National Wetlands Research Center in Lafayette, Louisiana, and subsequently the Associate Regional Chief Biologist for the USGS Central Region. Dr. Burkett was the Co-Chair of the Strategic Science Planning Team that developed the 10-year science strategy for the Climate and Land Use Change Mission Area in 2009.

Burkett has published extensively on the topics of global change and low-lying coastal zones.  She was as a Lead Author of the United Nation's Intergovernmental Panel on Climate Change (IPCC) Third, Fourth and Fifth Assessment Reports and the IPCC Technical Paper on Water.  She was a Lead Author of the First, Second, and Third U.S. National Climate Assessments and she served on the Federal Steering Committee for the Fourth National Climate Assessment (2018).  Burkett has been appointed to over 80 Commissions, Committees, Science Panels and Boards during her career.  She is a Senior Editor of the journal Regional Environmental Change.  She serves on the Editorial Board of the journal Ethics in Science and Environmental Politics.  Burkett received her doctoral degree in forestry from Stephen F. Austin State University in Nacogdoches, Texas in 1996.