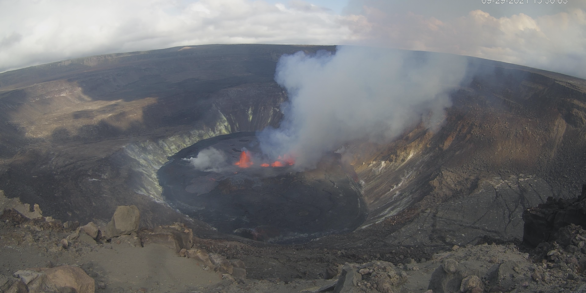 See the most recent volcano update for Kīlauea. 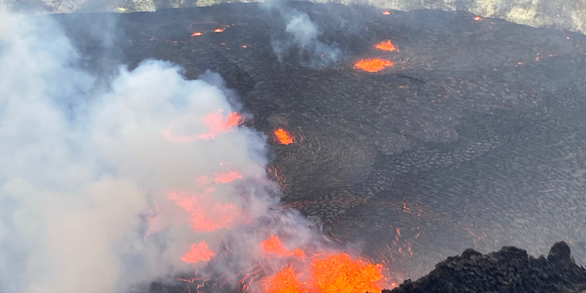 A series of posts showing photos and videos from Kīlauea. 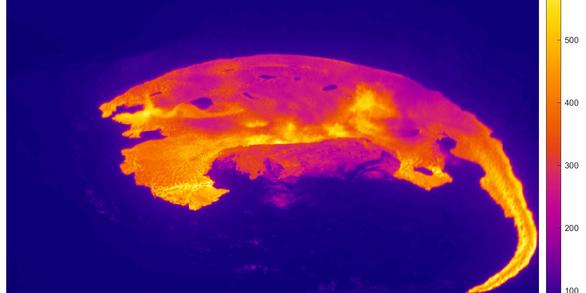 This is an exciting time on Kīlauea Volcano because lava has returned to the summit following the 2018 summit collapse. After the December 2020-May 2021 Halemaʻumaʻu eruption ended, Kīlauea summit region continued to slowly inflate. In August 2021, increased earthquake activity and patterns of ground deformation indicated that an intrusion was occurring and magma was moving into an area south of Kīlauea caldera. However, no eruption occurred, and the shallow Halemaʻumaʻu magma reservoir continued to measure inflation. On September 29, 2021, earthquake activity increased abruptly beneath Halemaʻumaʻu around 2 p.m. HST, and at 3:21 p.m. a series of vents opened in the floor and walls of Halemaʻumaʻu crater, generating a lava lake. Lava supply to the Halemaʻumaʻu lava lake ceased on December 9, 2022, and the eruption paused. At approximately 4:34 p.m. HST on January 5, 2023, the USGS Hawaiian Volcano Observatory detected glow in Kīlauea summit webcam images indicating that another eruption had begun within Halemaʻumaʻu crater in Kīlauea’s summit caldera, within Hawai‘i Volcanoes National Park. Kīlauea updates are posted daily here.

A continuous laser rangefinder was installed on the western rim of Halemaʻumaʻu crater within a closed area of Hawaiʻi Volcanoes National Park, under a National Park Service permit, on January 8, 2021. This instrument autonomously measures lava lake elevation in real time, using the light-reflecting properties of the lava surface.

This eruption is taking place within Hawai‘i Volcanoes National Park. Please visit the Park website to learn more about their operations.

Volcano Watch — What’s that rising from the lava lake?