Floods in Kansas have caused millions of dollars in damage and loss of life. Nationwide, floods are responsible for more property damage and loss of life than any other natural hazard. The USGS monitors flood conditions at more than 180 streamgages across Kansas. Water level and flow information are used by the National Weather Service (NWS) to make accurate flood forecasts. Included in this topic are tables and maps that summarize flood conditions using real-time data from the streamgages, NWS flood forecast information, and publications that describe historic floods in Kansas.

Each year, more deaths occur due to flooding than from any other thunderstorm related hazard. Why? The main reason is people underestimate the force and power of water. Many of the deaths occur in automobiles as they are swept downstream. Of these drownings, many are preventable, but too many people continue to drive around the barriers that warn you the road is flooded. Whether you are driving or walking, if you come to a flooded road, Turn Around Don't Drown. You will not know the depth of the water nor will you know the condition of the road under the water. 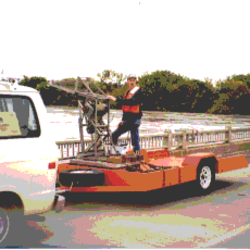 The USGS StreamStats website is a GIS-based web tool for estimating streamflows at gaged and ungaged locations. Features similar to the National Streamflow Statistics program are presented to users with no programs to install. Users can visit the StreamStats website linked here and click on a stream location on the interactive map to compute estimated streamflows for floods and other statistics.

Photo Galleries and other multimedia. 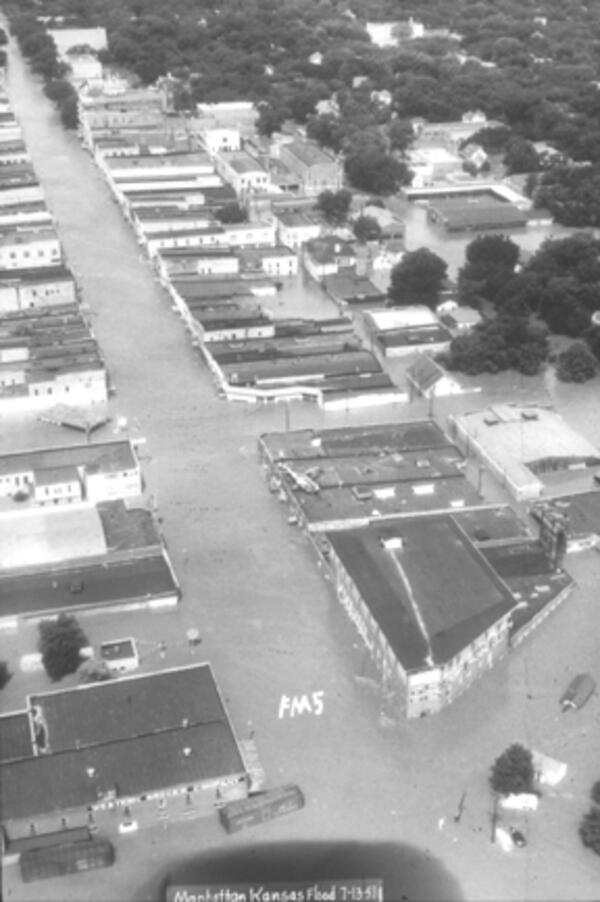 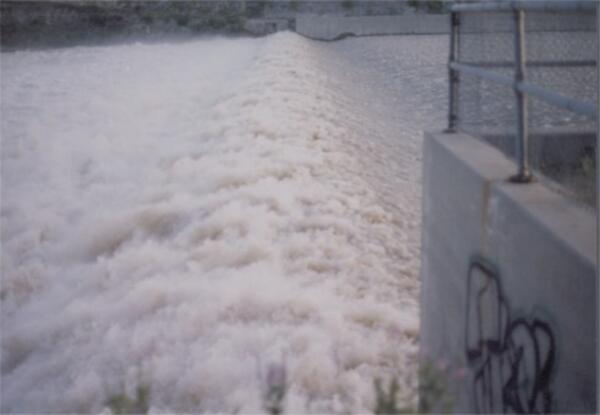 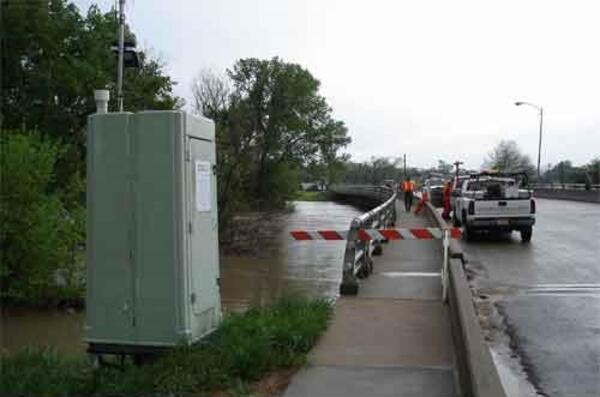 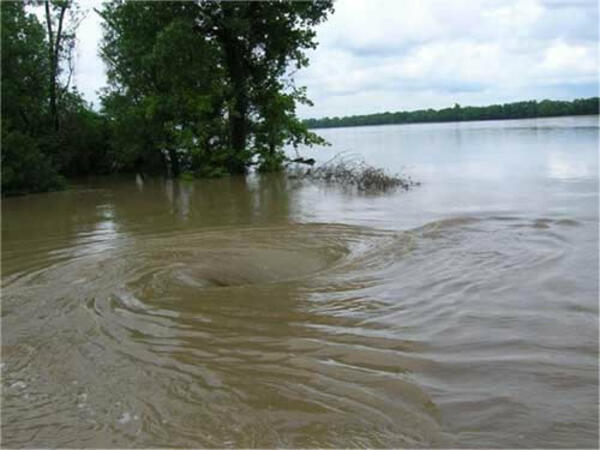 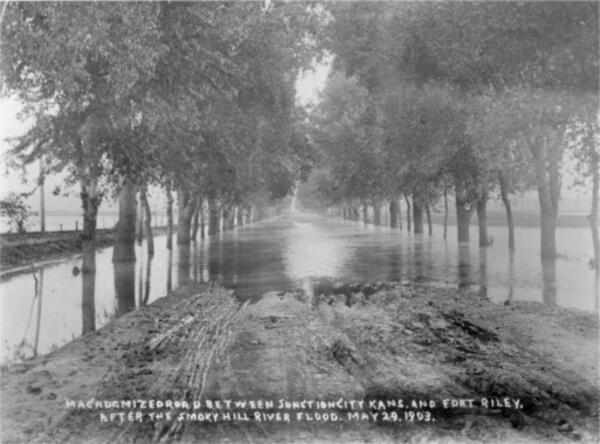 A study was done by the U.S. Geological Survey in cooperation with the Kansas Department of Transportation and the Federal Emergency Management Agency to develop regression models to estimate peak streamflows of annual exceedance probabilities of 50, 20, 10, 4, 2, 1, 0.5, and 0.2 percent at ungaged locations in Kansas. Peak streamflow frequency statistics from selected streamgages were related to
By
Water Resources, Central Midwest Water Science Center, Kansas Water Science Center, StreamStats
May 15, 2010

Flooding in the United States Midwest, 2008

During 2008, record precipitation amounts, coupled with already saturated soils, resulted in flooding along many rivers in the United States Midwest. Separate flooding events occurred in January, February, March, April, May, June, July, and September of 2008. The June floods were by far the most severe and widespread with substantial (and in places record) flooding and damage occurring in Illinois
By
Water Resources, Kansas Water Science Center
April 17, 2010

In the 1960's, the United States government decided to use the 1-percent annual exceedance probability (AEP) flood as the basis for the National Flood Insurance Program. The 1-percent AEP flood was thought to be a fair balance between protecting the public and overly stringent regulation. Because the 1-percent AEP flood has a 1 in 100 chance of being equaled or exceeded in any 1 year, and it has a
By
Water Resources, Kansas Water Science Center
April 26, 2006

Summary of significant floods in the United States and Puerto Rico, 1994 through 1998 water years

This volume is a compilation of significant floods that occurred at streamgages throughout the United States and Puerto Rico from October 1, 1993, through September 30, 1998. A significant flood in this report refers to a peak-flow discharge(instantaneous or time averaged) that is in the top 5 percent of all the annual peak flows recorded at streamgages during their total period of record. Most of
By
Water Resources, Kansas Water Science Center
February 10, 2006

In the late summer of 2005, the remarkable flooding brought by Hurricane Katrina, which caused more than \$ 200 billion in losses, constituted the costliest natural disaster in U.S. history. However, even in typical years, flooding causes billions of dollars in damage and threatens lives and property in every State. Natural processes, such as hurricanes, weather systems, and snowmelt, can cause fl
December 1, 2003

Large floods in the United States: where they happen and why

The spatial distribution of large gaged floods throughout the United States shows that the locations of most of the largest flows are related to specific combinations of regional climatology, topography, and basin size. Key factors include the general northward trend of decreasing atmospheric moisture, proximity to oceanic moisture sources such as the Pacific Ocean and the Gulf of Mexico, and orie
By
Water Resources, Natural Hazards, Volcano Hazards, Volcano Science Center, Kansas Water Science Center
May 1, 2003

The 1951 floods in Kansas revisited

Summary of significant floods in the United States, Puerto Rico, and the Virgin Islands, 1970 through 1989

This volume is a compilation of significant floods that occurred throughout the United States, Puerto Rico, and the Virgin Islands during 1970 through 1989. A summary of most devastating floods according to amount of damage and lives lost is provided for each year. State-by-state compilations include a description of the general hydroclimatology and conditions that produce significant floods, a de
By
Kansas Water Science Center
March 1, 2001

Digital topographic and soil information was used to estimate potential runoff-contributing areas throughout Kansas. The results then were used to compare 91 selected subbasins representing soil, slope, and runoff variability. Potential runoff-contributing areas were estimated collectively for the processes of infiltration-excess and saturation-excess overland flow using a set of environmental con
By
Kansas Water Science Center
January 10, 1999

Summary of floods in the United States, January 1992 through September 1993