Policy-makers, individuals from government agencies, and natural resource managers are under increasing pressure to manage changing coastal areas to meet social, economic, and natural resource demands, particularly under a regime of sea-level rise. Scientific knowledge of coastal processes and habitat-use can support decision-makers as they balance these often-conflicting human and ecological needs. An interdisciplinary USGS team is conducting research and developing tools to identify suitable coastal habitats for species of concern, such as the piping plover (Charadrius melodus), under a variety of sea-level rise scenarios.

iPlover data collection: Understanding and managing dynamic coastal landscapes for beach-dependent species requires biological and geological data across the range of relevant environments and habitats. These data are often challenging to acquire and often have limited focus due to resource constraints, are collected by non-specialists, or lack observational uniformity. We developed an open-source smartphone application called iPlover that standardizes the collection of biogeomorphic information at piping plover (Charadrius melodus) nest sites on coastal beaches and reduces other data acquisition challenges.

During the piping plover breeding seasons (April – July) of 2014, 2015 and 2016, iPlover was used to collect and record landcover characteristics at 2,099 nest locations and 1,952 random points on 97 beaches and barrier islands from Maine to North Carolina. This dataset was collected in partnership with federal and state agencies, universities, and private organizations.

Predicting piping plover habitat:  Understanding patterns of habitat selection across a species’ geographic distribution can be critical for adequately managing populations and planning for habitat loss and related threats. The iPlover dataset was used to develop a model that predicts the probability that a combination of landcover characteristics at a given location will be associated with piping plover nesting habitat. Landcover characteristics considered include Geomorphic Setting, Substrate Type, Vegetation Type, Vegetation Density, Distance to Foraging, Distance to Ocean, Beach Width, and Elevation.

Using elevation datasets (e.g., lidar) and orthoimagery, these landcover characteristics are mapped for an entire area of interest, such as a barrier island. The Piping Plover Habitat model can then evaluate combinations of landcover characteristics to map the probability that each map cell supports piping plover nesting habitat. These maps are currently being created for 21 beaches and barrier islands, referred to as ‘Deep Dive Sites’, along the U.S. Atlantic coast.

Forecasting piping plover habitat under sea-level rise: Project researchers are conducting research needed to create tools for identifying suitable coastal habitats for species of concern or, conversely, areas of high hazard exposure for humans and infrastructure today and into the future. The most likely (a) shoreline change rate, (b) barrier island characteristics, and (c) piping plover habitat availability are forecasted under different SLR rates and storm regimes. This framework portrays results as probabilities, which can inform decision-making and highlight knowledge gaps and research avenues. This research is also generalizable to a variety of forecasting problems for coastal systems, including investigations of habitat availability for turtles, birds, and plants as well as the potential hazard exposure for human infrastructure along coastal environments throughout the United States. Piping plover habitat forecast maps are currently being created for 21 beaches and barrier islands, referred to as ‘Deep Dive Sites’, along the U.S. Atlantic coast.

Biogeomorphic classification and images of shorebird nesting sites on the U.S. Atlantic coast

Atlantic coast piping plover (Charadrius melodus) nest sites are typically found on low-lying beach and dune systems, which respond rapidly to coastal processes like sediment overwash, inlet formation, and island migration that are sensitive to climate-related changes in storminess and the rate of sea-level rise. Data were obtained to understand piping plover habitat distribution and use along the
By
Coastal and Marine Hazards and Resources Program, Woods Hole Coastal and Marine Science Center 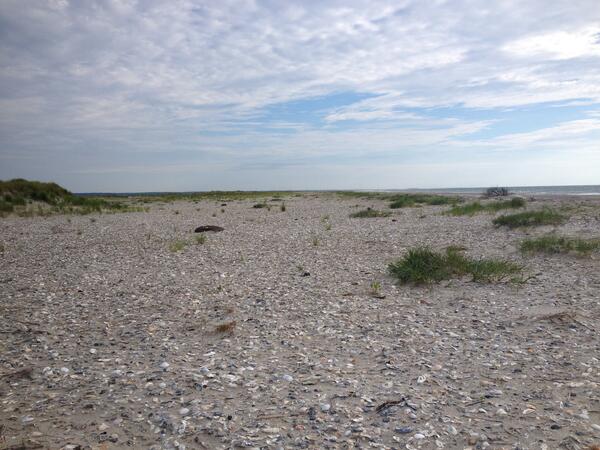 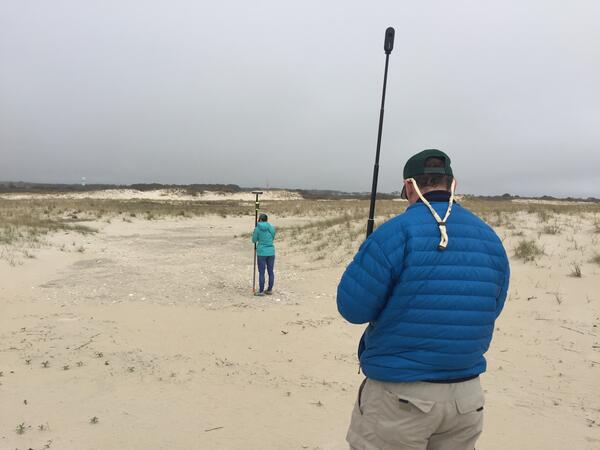 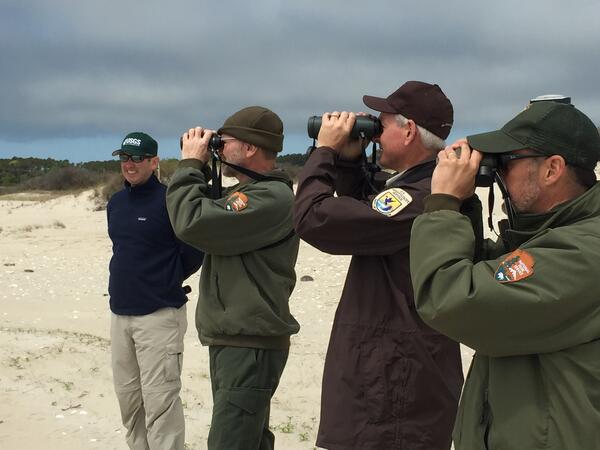 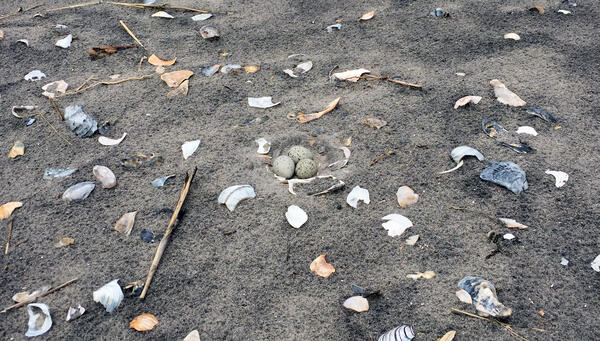 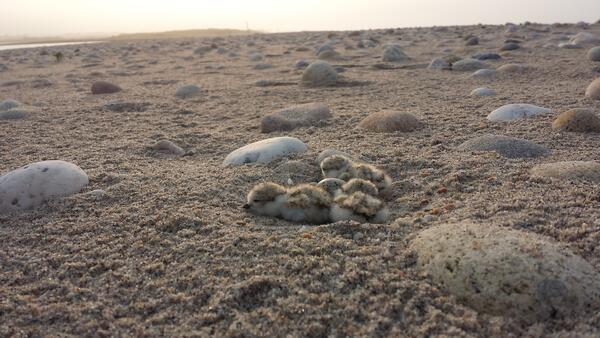 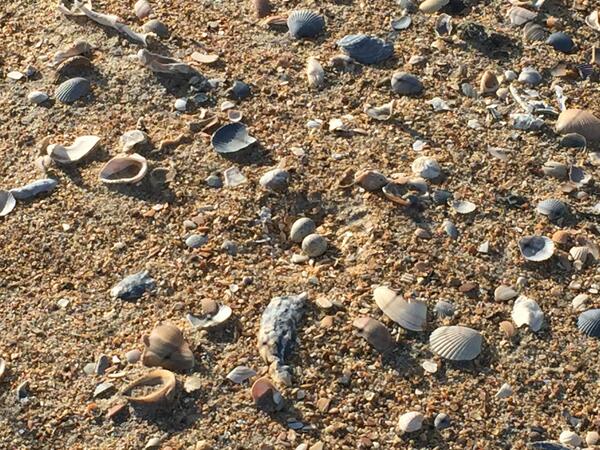 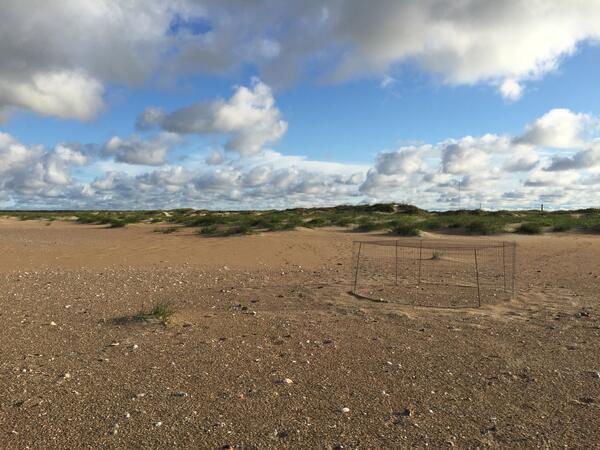 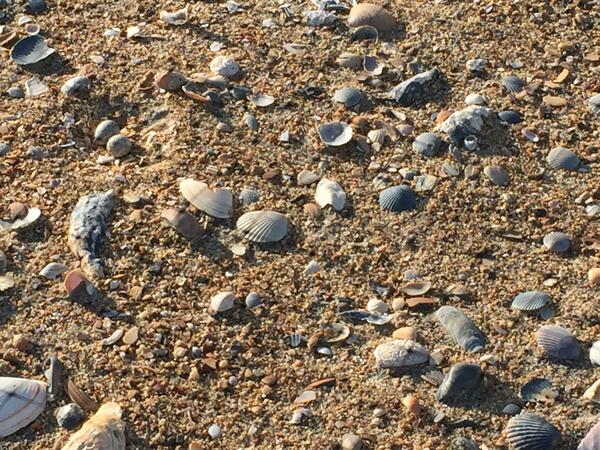 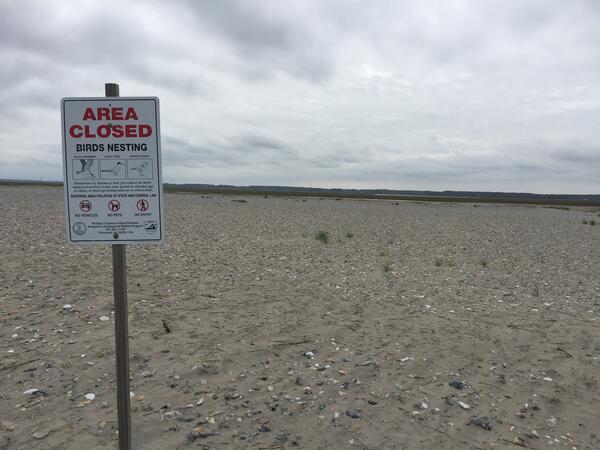 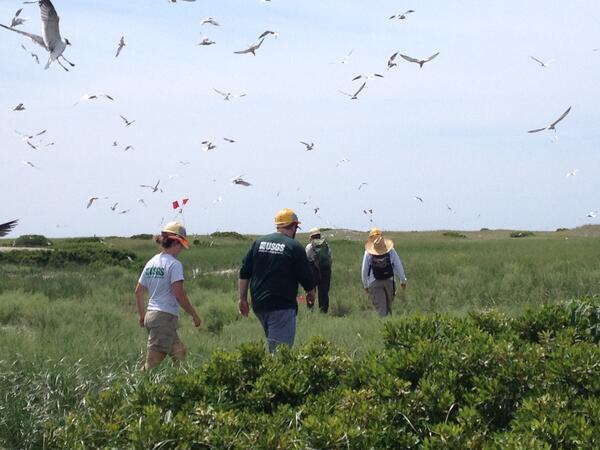 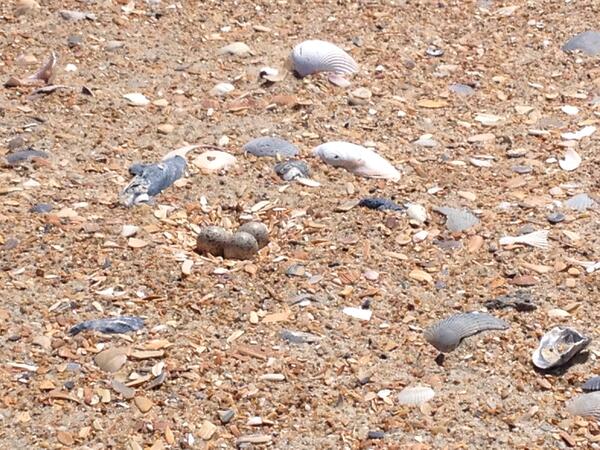 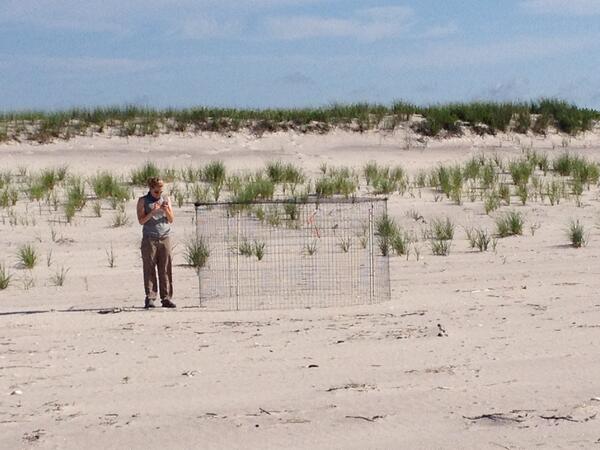 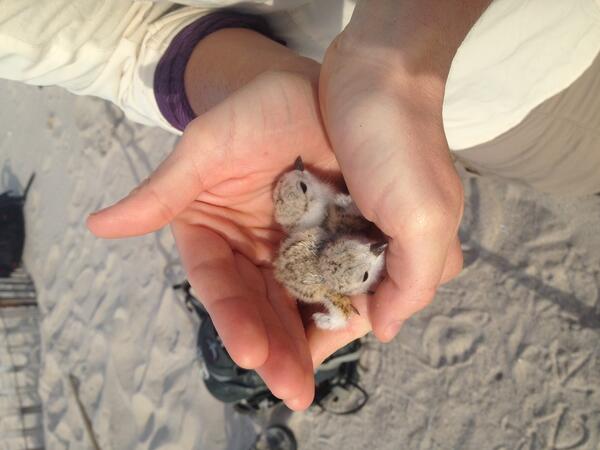 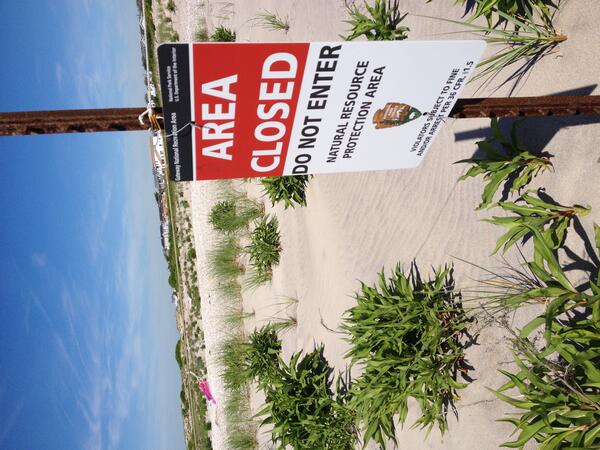 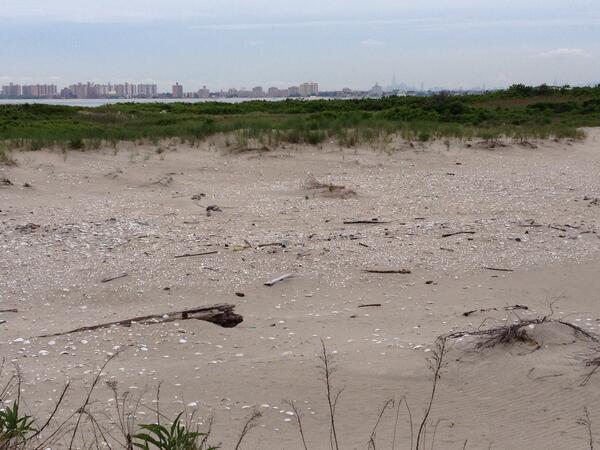 Understanding patterns of habitat selection across a species’ geographic distribution can be critical for adequately managing populations and planning for habitat loss and related threats. However, studies of habitat selection can be time consuming and expensive over broad spatial scales, and a lack of standardized monitoring targets or methods can impede the generalization of site-based studies.
By
Woods Hole Coastal and Marine Science Center
November 14, 2016

Understanding and managing dynamic coastal landscapes for beach-dependent species requires biological and geological data across the range of relevant environments and habitats. It is difficult to acquire such information; data often have limited focus due to resource constraints, are collected by non-specialists, or lack observational uniformity. We developed an open-source smartphone application
By
Woods Hole Coastal and Marine Science Center
December 4, 2015

Quantifying geomorphic variability of coastal environments is important for understanding and describing the vulnerability of coastal topography, infrastructure, and ecosystems to future storms and sea level rise. Here we use a Bayesian network (BN) to test the importance of multiple interactions between barrier island geomorphic variables. This approach models complex interactions and handles unc
By
Woods Hole Coastal and Marine Science Center
June 6, 2014

Sea-level rise is an ongoing phenomenon that is expected to continue and is projected to have a wide range of effects on coastal environments and infrastructure during the 21st century and beyond. Consequently, there is a need to assemble relevant datasets and to develop modeling or other analytical approaches to evaluate the likelihood of particular sea-level rise impacts, such as coastal erosion
By
Coastal and Marine Hazards and Resources Program, St. Petersburg Coastal and Marine Science Center
March 1, 2014

Sea-level rise and human development pose significant threats to shorebirds, particularly for species that utilize barrier island habitat. The piping plover (Charadrius melodus) is a federally-listed shorebird that nests on barrier islands and rapidly responds to changes in its physical environment, making it an excellent species with which to model how shorebird species may respond to habitat ch
By
Woods Hole Coastal and Marine Science Center