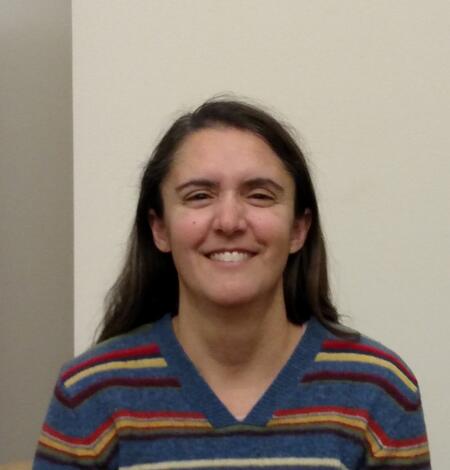 Catherine Jarnevich is an Ecologist at the Fort Collins Science Center.

Catherine began working for the USGS while obtaining her doctorate in ecology in 2000. She gained skills in integrating disparate datasets of species’ location data and using these to generate spatially explicit models of species occurrence and abundance. Since that time she has developed a research program through the USGS Resource for Advanced Modeling to assist multiple agencies and groups with species distributions, focusing on invasive species. Catherine’s current research involves the application of habitat suitability models to answer different applied research and management questions for various species across a range of taxa and spatial scales. She has also been working with spatially explicit state and transition modeling to inform efficient landscape scale invasive plant management.

Invasive reptilian predators can have substantial impacts on native species and ecosystems. Tegu lizards are widely distributed in South America east of the Andes, and are popular in the international live animal trade. Two species are established in Florida (U.S.A.) - Salvator merianae (Argentine black and white tegu) and Tupinambis teguixin sensu lato (gold tegu) – and a third has been recorded
By
Ecosystems, Fort Collins Science Center
May 3, 2018

Understanding invasive species distributions and potential invasions often requires broad‐scale information on the environmental tolerances of the species. Further, resource managers are often faced with knowing these broad‐scale relationships as well as nuanced environmental factors related to their landscape that influence where an invasive species occurs and potentially could occur. Using invas
By
Ecosystems, Fort Collins Science Center
March 14, 2018

AimConservation planning requires the prioritization of a subset of taxa and geographical locations to focus monitoring and management efforts. Integration of the threats and opportunities posed by climate change often relies on predictions from species distribution models, particularly for assessments of vulnerability or invasion risk for multiple taxa. We evaluated whether species distribution m
By
Ecosystems, Fort Collins Science Center
February 12, 2018

Two foundational questions about sustainability are “How are ecosystems and the services they provide going to change in the future?” and “How do human decisions affect these trajectories?” Answering these questions requires an ability to forecast ecological processes. Unfortunately, most ecological forecasts focus on centennial-scale climate responses, therefore neither meeting the needs of near-
By
Water Resources, John Wesley Powell Center for Analysis and Synthesis
September 27, 2017

Minimizing effects of methodological decisions on interpretation and prediction in species distribution studies: An example with background selection

Evaluating the conditions where a species can persist is an important question in ecology both to understand tolerances of organisms and to predict distributions across landscapes. Presence data combined with background or pseudo-absence locations are commonly used with species distribution modeling to develop these relationships. However, there is not a standard method to generate background or p
By
Ecosystems, Fort Collins Science Center
September 27, 2017

There is substantial literature on the importance of bridging across disciplinary and science–management boundaries. One of the ways commonly suggested to cross boundaries is for participants from both sides of the boundary to jointly produce information (i.e., knowledge co-production). But simply providing tools or bringing people together in the same room is not sufficient. Here we present a cas
By
Ecosystems, Climate Adaptation Science Centers, Climate Adaptation Science Centers, North Central Climate Science Center
August 3, 2017

In addition to serving as vectors of several other human pathogens, the black-legged tick, Ixodes scapularis Say, and western black-legged tick, Ixodes pacificus Cooley and Kohls, are the primary vectors of the spirochete (Borrelia burgdorferi ) that causes Lyme disease, the most common vector-borne disease in the United States. Over the past two decades, the geographic range of I. pacificus has c
By
Ecosystems, Fort Collins Science Center
May 2, 2017

AimThe distributions of exotic species reflect patterns of human-mediated dispersal, species climatic tolerances and a suite of other biotic and abiotic factors. The relative importance of each of these factors will shape how the spread of exotic species is affected by ongoing economic globalization and climate change. However, patterns of trade may be correlated with variation in scientific sampl
By
Ecosystems, Fort Collins Science Center