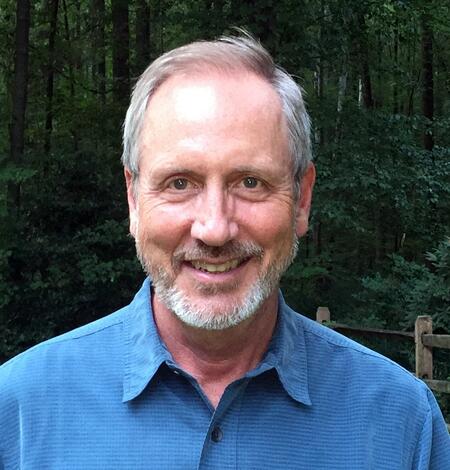 Dr. Jud Harvey investigates hydrologic transport at the interface between groundwater and surface water and effects on contaminants and aquatic ecosystems from the mountains to the sea. Jud has served on editorial boards for Water Resources Research and Wetlands, and on committees of the National Research Council, EPA’s Science Advisory Board, the National Science Foundation, the National Center for Ecological Analysis and Synthesis, the state of California’s EPA, the Canadian Government’s Science Review Board, and standing committees of the American Geophysical Union and the Association for the Sciences of Limnology and Oceanography. Jud has lectured widely, and delivered plenary talks at meetings such as the IAH in Lisbon, the Sustainable Watersheds meeting in Beijing, and the Gordon Research Conference on Catchment Science in Plymouth, has taught “Groundwater-Surface Water Relationships” for twenty-five years, and has supervised numerous graduate theses and postdoctoral fellows. He recently led a major synthesis on “River Corridor Functions at a Continental Scale” at the John Wesley Powell Center in Fort Collins. Jud is author of over 120 peer-reviewed articles, including a paper reprinted in “Benchmark Papers in Hydrology: Groundwater”, the first chapter of the widely used textbook Streams and Ground Waters and its recent revision Streams in a Changing Environment, a National Academies book entitled Riparian Areas, and a popular USGS circular “Groundwater and Surface Water: A Single Resource” with 44,000 copies in print. For ground-breaking research Jud was elected as a Fellow of the Geological Society of America (2010) and the American Geophysical Union (2016). 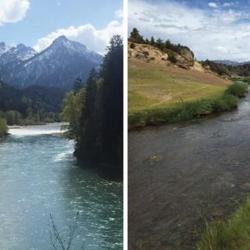 Models that predict the flow of rivers and streams are critically important for planning flood control, hydropower, and reservoir operations, as well as for management of fish and wildlife populations. As temperatures and precipitation regimes change globally, the need to improve and develop these models for a wider spatial coverage and higher spatial fidelity becomes more imperative. Currently, o
By
John Wesley Powell Center for Analysis and Synthesis
link
June 5, 2018

Models that predict the flow of rivers and streams are critically important for planning flood control, hydropower, and reservoir operations, as well as for management of fish and wildlife populations. As temperatures and precipitation regimes change globally, the need to improve and develop these models for a wider spatial coverage and higher spatial fidelity becomes more imperative. Currently, o
Learn More
link

Rivers are the veins of the landscape, providing environmental benefits that are disproportionately high relative to their aerial extent; shedding flood waters, hosting aquatic ecosystems, transporting solutes and energy-rich materials, and storing and transforming pollutants into less harmful forms. From uplands to the coasts, rivers facilitate key biogeochemical reactions that cumulatively influ
By
John Wesley Powell Center for Analysis and Synthesis
link
August 19, 2015

Streams and rivers have a limited spatial extent, but are increasingly recognized as key components of regional biogeochemical cycles. The collective metabolic processing of organisms, known as ecosystem metabolism, is centrally important to nutrient cycling and carbon fluxes in these environments, but is poorly integrated into emerging biogeochemical concepts. This line of inquiry lags behind oth
By
John Wesley Powell Center for Analysis and Synthesis
link
October 6, 2014

Streams and rivers have a limited spatial extent, but are increasingly recognized as key components of regional biogeochemical cycles. The collective metabolic processing of organisms, known as ecosystem metabolism, is centrally important to nutrient cycling and carbon fluxes in these environments, but is poorly integrated into emerging biogeochemical concepts. This line of inquiry lags behind oth
Learn More
August 25, 2021

Groundwater/surface-water (GW/SW) exchange and hyporheic processes are topics receiving increasing attention from the hydrologic community. Hydraulic, chemical, temperature, geophysical, and remote sensing methods are used to achieve various goals (e.g., inference of GW/SW exchange, mapping of bed materials, etc.), but the application of these methods is constrained by site conditions such as wate
By
Water Resources
October 13, 2021

The hydrology of the north-central Everglades was altered substantially in the past century by canal dredging, land subsidence, ground-water pumping, and levee construction. Vast areas of seasonal and perennial wetlands were converted to uses for agriculture, light industry, and suburban development. As the catchment area for the Everglades decreased, so did the sources of water from local precipi
By
Caribbean-Florida Water Science Center (CFWSC)
October 13, 2021

Surface-Water and Ground-Water Interactions in the Central Everglades, Florida

Recharge and discharge are hydrological processes that cause Everglades surface water to be exchanged for subsurface water in the peat soil and the underlying sand and limestone aquifer. These interactions are thought to be important to water budgets, water quality, and ecology in the Everglades. Nonetheless, relatively few studies of surface water and ground water interactions have been conducted
By
Ecosystems, Toxic Substances Hydrology, Environmental Health Program, Caribbean-Florida Water Science Center (CFWSC)
August 24, 2021

Nutrients that have gradually accumulated in soils, groundwaters, and river sediments in the United States over the past century can remobilize and increase current downstream loading, obscuring effects of conservation practices aimed at protecting water resources. Drivers of storage accumulation and release of nutrients are poorly understood at the spatial scale of basins to watersheds. Predictin
By
Water Resources, Oregon Water Science Center
September 16, 2020

Accounting for temporal variability of streamflow in estimates of travel time

Retention, processing, and transport of solutes and particulates in stream corridors are influenced by the travel time of streamflow through stream channels, which varies dynamically with discharge. The effects of streamflow variability across sites and over time cannot be addressed by time-averaged models if parameters are based solely on the characteristics of mean streamflow. We develop methods
By
Water Resources, Washington Water Science Center
September 1, 2020

Water is one of our most important natural resources and is essential to our national economy and security. Multiple federal government agencies have mission elements that address national needs related to water. Each water-related agency champions a unique science and/or operational mission focused on advancing a portion of the nation’s ability to meet our water-related challenges, often in close
By
Water Resources
May 16, 2020

The sediment–water interfaces (SWI) of streams serve as important biogeochemical hotspots in watersheds and contribute to whole-catchment reactive nitrogen budgets and water-quality conditions. Recently, the SWI has been identified as an important source of nitrous oxide (N2O) produced in streams, with SWI residence time among the principal controls on its production. Here, we conducted a series o
By
Water Resources
April 2, 2020

River corridors store, convey, and process nutrients from terrestrial and upstream sources, regulating delivery from headwaters to estuaries. A consequence of chronic excess nitrogen loading, as supported by theory and field studies in specific areas, is saturation of the biogeochemically-mediated nitrogen removal processes that weakens the capacity of the river corridor to remove nitrogen. Region
By
Water Resources, John Wesley Powell Center for Analysis and Synthesis
August 21, 2019

Lakes, reservoirs, and other ponded waters are ubiquitous features of the aquatic landscape, yet their cumulative role in nitrogen removal in large river basins is often unclear. Here we use predictive modeling, together with comprehensive river water quality, land use, and hydrography datasets, to examine and explain the influences of more than 18,000 ponded waters on nitrogen removal through riv
By
Water Resources, Pennsylvania Water Science Center, John Wesley Powell Center for Analysis and Synthesis
April 5, 2019

For many glacial lakes with highly permeable sediments, water exchange rates control hydrologic residence times within the sediment‐water interface (SWI) and the removal of reactive compounds such as nitrate, a common pollutant in lakes and groundwater. Here we conducted a series of focused tracer injection experiments in the upper 20 cm of the naturally downwelling SWI in a flow‐through lake on C
By
Water Resources, Contaminant Biology, Environmental Health Program, Toxic Substances Hydrology
March 3, 2019

Although seasonal patterns of ecosystem productivity have been extensively described and analyzed with respect to their primary forcings in terrestrial and marine systems, comparatively little is known about these same processes in rivers. However, it is now possible to perform a large‐scale synthesis on the patterns and drivers of river productivity regimes because of the recent sensor advances a
By
John Wesley Powell Center for Analysis and Synthesis