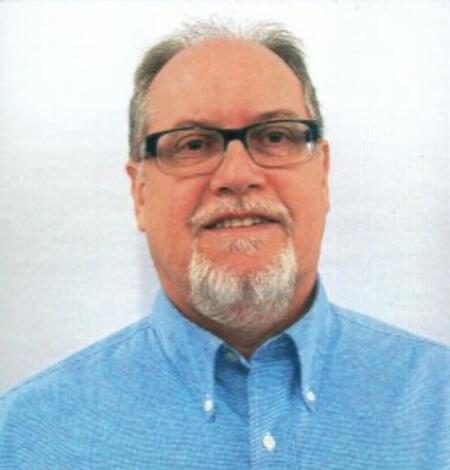 In the fall of 2014 (October-November) the U.S. Geological Survey in cooperation with the U.S. Army Corps of Engineers collected sediment samples (suspended and bed material) at several sites on the Niobrara River in Nebraska near the Spencer Dam prior to, during, and immediately after a sediment-flushing event. Suspended-sediment samples were analyzed for sediment concentration and percent finer
By
Nebraska Water Science Center
Filter Total Items: 30
June 6, 2018

Understanding the influence of nutrients on stream ecosystems in agricultural landscapes

The U.S. Geological Survey (USGS), in cooperation with the U.S. Army Corps of Engineers, monitored a sediment release by Nebraska Public Power District from Spencer Dam located on the Niobrara River near Spencer, Nebraska, during the fall of 2014. The accumulated sediment behind Spencer Dam ordinarily is released semiannually; however, the spring 2014 release was postponed until the fall. Because
By
Water Resources, Nebraska Water Science Center
November 16, 2017

Sediment management is a challenge faced by reservoir managers who have several potential options, including dredging, for mitigation of storage capacity lost to sedimentation. As sediment is removed from reservoir storage, potential use of the sediment for socioeconomic or ecological benefit could potentially defray some costs of its removal. Rivers that transport a sandy sediment load will depos
By
Water Resources, Geology, Geophysics, and Geochemistry Science Center, Nebraska Water Science Center
January 1, 2015

Preliminary analysis of suspended sediment rating curves for the Kalamazoo River and its tributaries from Marshall to Kalamazoo, Michigan

Suspended sediment concentration (SSC) rating curves for the Kalamazoo River and its tributaries from Marshall to Kalamazoo, Michigan, U.S.A., were developed based on measured data. The slopes of the atsite SSC rating curves were of two general types: either increasing or decreasing with increasing discharges. By examining the basin characteristics and flow patterns, streams with negative SSC rati
By
Water Resources, Central Midwest Water Science Center
May 1, 2014

The Enbridge Line 6B pipeline release of diluted bitumen into the Kalamazoo River downstream of Marshall, MI in July 2010 is one of the largest freshwater oil spills in North American history. The unprecedented scale of impact and massive quantity of oil released required the development and implementation of new approaches for detection and recovery. At the onset of cleanup, conventional recovery
By
Water Resources, Upper Midwest Environmental Sciences Center, Upper Midwest Water Science Center
April 10, 2013

Physical factors, including both in-stream and riparian habitat characteristics that limit biomass or otherwise regulate aquatic biological condition, have been identified by previous studies. However, linking the ecological significance of nutrient enrichment to habitat or landscape factors that could allow for improved management of streams has proved to be a challenge in many regions, including
By
Water Resources, Nebraska Water Science Center
April 4, 2009

The Niobrara River of Nebraska is a geologically, ecologically, and economically significant resource. The State of Nebraska has recognized the need to better manage the surface- and ground-water resources of the Niobrara River so they are sustainable in the long term. In cooperation with the Nebraska Game and Parks Commission, the U.S. Geological Survey is investigating the hydrogeomorphic settin
By
Water Resources, Nebraska Water Science Center
December 24, 2008

Temporal Differences in Flow Depth and Velocity Distributions and Hydraulic Microhabitats Near Bridges of the Lower Platte River, Nebraska, 1934-2006

As part of a collaborative study of the cumulative impacts on stream and riparian ecology of water and channel management practices in the lower Platte River, Nebraska, this report describes a study by the U.S. Geological Survey in cooperation with the Lower Platte South Natural Resources District that summarizes: (1) temporal differences in distribution of streamflow depth, velocity, and microhab
By
Water Resources, Nebraska Water Science Center
April 22, 2008

Temporal Differences in the Hydrologic Regime of the Lower Platte River, Nebraska, 1895-2006

In cooperation with the Lower Platte South Natural Resources District for a collaborative study of the cumulative effects of water and channel management practices on stream and riparian ecology, the U.S. Geological Survey (USGS) compiled, analyzed, and summarized hydrologic information from long-term gaging stations on the lower Platte River to determine any significant temporal differences among
By
Water Resources, Nebraska Water Science Center
January 18, 2007

Nutrient and Suspended-Sediment Trends in the Missouri River Basin, 1993-2003

Trends in streamflow and concentration of total nitrogen, nitrite plus nitrate, ammonia, total phosphorus, orthophosphorus, and suspended sediment were determined for the period from 1993 to 2003 at selected stream sites in the Missouri River Basin. Flow-adjusted trends in concentration (the trends that would have occurred in the absence of natural changes in streamflow) and non-flow-adjusted tren
By
Water Resources, Colorado Water Science Center