Unexplained heterogeneity in statistical models of animal responses to their physical environment is reasonable to expect because the measured habitat resources are a constraint on—but not the sole determinant of—abundance, survival, fecundity, or fitness. The ecological understanding and reliability of management predictions based on animal habitat models can be improved by shifting focus from estimating expected values (means) of responses to estimating intervals of responses associated with multiple percentiles of a distribution.

Unexplained heterogeneity in statistical models of animal responses to their physical environment is reasonable to expect, because the measured habitat resources are a constraint on—but not the sole determinant of—abundance, survival, fecundity, or fitness. Typically, it is impossible to know whether the habitat factors measured are actually limiting at the time and location of sampling. Our ecological understanding and reliability of management predictions based on animal habitat models can be improved by shifting focus from estimating expected values (means) of responses to estimating intervals of responses associated with multiple percentiles of a distribution. Regression quantiles are an easily implemented approach for estimating intervals of responses in multiple regression models of animal responses to habitat. Completed research under this task compared the statistical performance of the conventional asymptotic rank score test (used for testing hypotheses and constructing confidence intervals for regression quantile estimates) with a new permutation variant of the rank score test and a permutation drop in dispersion test. Evaluation conditions were structured to match the range of sample sizes, variable types, covariance among predictors, and hypotheses typically encountered by investigators building models of animal habitat relationships with multiple linear regression models. We also demonstrated how to extend the continuous-response quantile regression model to model discrete counts of organisms. In addition, case studies for selected terrestrial and aquatic species were used to demonstrate the utility of building more reliable habitat models. An online webinar course on the fundamentals of linear quantile regression was developed and presented.

Because the quantile regression methodology can be applied to a variety of ecological analyses where heterogeneity in responses need to be modeled, we have expanded our focus to include improving models of fish body condition based on quantiles of allometric growth, and  use of quantile regression with equivalence testing. Fish weight and length data are commonly collected by fisheries scientists to help them evaluate differences in body condition of fish (weight at length) in different environments or under alternative management schemes. Following on prior efforts to evaluate and promote a more rigorous statistical approach based on quantile regression in 2008, FORT scientists and state cooperators refined the quantile regression approach and used it to evaluate the geographic variation in body condition of blue suckers, a threatened species inhabiting large rivers the central United States. Blue suckers had better body condition at more southern locations. The quantile regression approach models allometric growth of fish weight with length, allows for multiple forms of heterogeneity in growth, and provides estimates of percentiles of weight at length that can be compared among any factors included in the statistical model. Thus, this approach promotes assessment of fish condition in a manner consistent with that used for humans and avoids many of the statistical and interpretation issues associated with use of condition indices, such as relative weight. Our recent 2011 publication includes statistical code for R that can be modified for other investigations of fish body condition. We will continue our efforts to promote this approach by developing online webinar training materials. Other applications we have contributed to include relating remotely sensed spectral measures to plant biodiversity, and analysis of isotopes for detecting spatial origin of organisms. Statistical refinements being considered include development of hierarchical quantile regression models and necessary modifications to inferential statistics. Quantile regression can provide managers with modeled relationships that more realistically reflect the variation in animal responses observed in their physical environments. 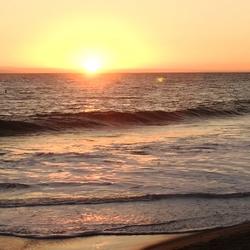 Atmospheric nitrogen (N) deposition has been shown to decrease plant species richness along regional deposition gradients in Europe and in experimental manipulations. However, the general response of species richness to N deposition across different vegetation types, soil conditions, and climates remains largely unknown even though responses may be contingent on these environmental factors. We ass
By
Ecosystems, Western Ecological Research Center (WERC), John Wesley Powell Center for Analysis and Synthesis
March 25, 2016

Production of organic chemicals (OCs) is increasing exponentially, and some OCs biomagnify through food webs to potentially toxic levels. Biomagnification under field conditions is best described by trophic magnification factors (TMFs; per trophic level change in log-concentration of a chemical) which have been measured for more than two decades. Syntheses of TMF behavior relative to chemical trai
By
Ecosystems, Toxic Substances Hydrology, Environmental Health Program, Fort Collins Science Center
January 30, 2015

One of the primary goals of biological assessment is to assess whether contaminants or other stressors limit the ecological potential of running waters. It is important to interpret responses to contaminants relative to other environmental factors, but necessity or convenience limit quantification of all factors that influence ecological potential. In these situations, the concept of limiting fact
By
Ecosystems, Colorado Water Science Center, Fort Collins Science Center
January 24, 2012

Equivalence estimated with linear quantile regression was used to evaluate compliance with habitat management objectives at Arapaho National Wildlife Refuge based on monitoring data collected in upland (5,781 ha; n  =  511 transects) and riparian and meadow (2,856 ha, n  =  389 transects) habitats from 2005 to 2008. Quantiles were used because the management objectives specified proportions of the
By
Ecosystems, Fort Collins Science Center
January 1, 2011

Increasing our understanding of how environmental factors affect fish body condition and improving its utility as a metric of aquatic system health require reliable estimates of spatial variation in condition (weight at length). We used three statistical approaches that varied in how they accounted for heterogeneity in allometric growth to estimate differences in body condition of blue suckers Cyc
By
Ecosystems, Fort Collins Science Center
January 1, 2011

Equivalence testing and corresponding confidence interval estimates are used to provide more enlightened statistical statements about parameter estimates by relating them to intervals of effect sizes deemed to be of scientific or practical importance rather than just to an effect size of zero. Equivalence tests and confidence interval estimates are based on a null hypothesis that a parameter estim
April 1, 2010

Remotely sensed data represents key information for character-izing and estimating biodiversity. Spectral distance among sites has proven to be a powerful approach for detecting species composition variability. Regression analysis of species similarity versus spectral distance may allow us to quantitatively estimate how beta-diversity in species changes with respect to spectral and ecological vari
January 1, 2008

Deuterium isotope analyses have revolutionized the study of migratory connectivity because global gradients of deuterium in precipitation (??DP) are expressed on a continental scale. Several authors have constructed continental scale base maps of ??DP to provide a spatial reference for studying the movement patterns of migratory species and, although they are very useful, these maps present a stat
January 1, 2008

Remotely sensed imagery has long been recognized as a powerful support for characterizing and estimating biodiversity. Spectral distance among sites has proven to be a powerful approach for detecting species composition variability. Regression analysis of species similarity versus spectral distance allows us to quantitatively estimate the amount of turnover in species composition with respect to s
January 1, 2008