The Landsat 8 and Landsat 9 satellites are managed as a constellation and together acquire nearly 1,600 scenes each day. Data from the new acquisitions become available for download within 6 hours of acquisition.

The USGS Landsat Multi-Satellite Operations Center (LMOC) oversees and ensures the acquisitions are successful and manages any anomalies that may arise. 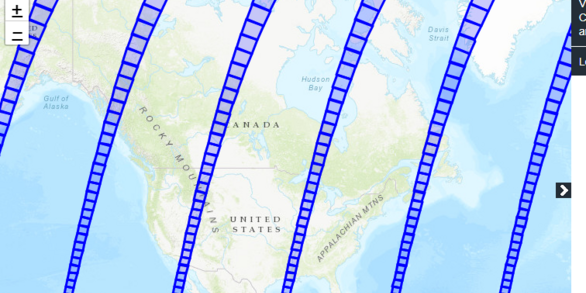 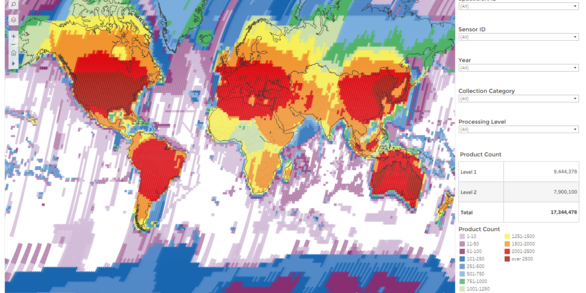 Find a Path/Row from coordinates 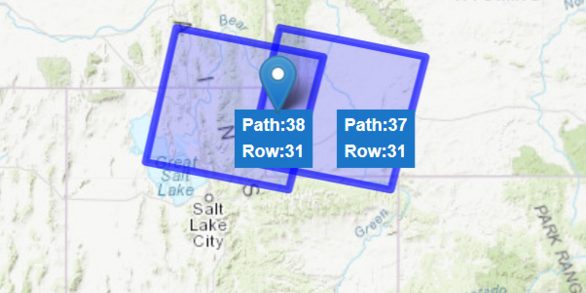 Convert from latitude/longitude to Path/Row

Landsat 8 and Landsat 9 acquire imagery directed by the Long Term Acquisition Plan (LTAP) established for each satellite. Each LTAP utilizes parameters such as seasonality, land definition, historical cloud cover, gain settings, and sun angle to determine the daily acquisition schedule. Nearly all day-lit imaging opportunities are scheduled for both satellites. Day-lit images are defined as images with sun elevations greater than five degrees.

Every day, the LMOC assigns a priority to each Landsat 8 and Landsat 9 scene scheduled to be acquired (collectively known as the day’s candidate scenes), based on each satellite’s LTAP priority assignments. These assignments help optimize acquisitions by taking into account the scheduled acquisitions, as well as any special requests that may be received from the user community.

The LTAPs direct that the following acquisitions be made:

The map below shows the geographic coverage of acquisition priorities for Landsat 8 and Landsat 9 on a typical day. Lower priority scenes (shown as purple and red) are more likely to be rejected to meet the daily limit, while the highest priority scenes (shown in green, yellow, and orange) are only rejected for spacecraft maneuvers or rare calibration events.

Special requests can be made for the acquisition of Landsat 8 or Landsat 9 scenes that do not fall within the candidate images acquired by the logic defined in the information  described above. Special requests are only needed to acquire night, low sun elevation, ocean, and ascending day-lit data, or for emergency response operations. All attempts will be made to accommodate emergency requests over other high priority activities. However, most activities, such as spacecraft maneuvers, are required and cannot be changed to acquire data.

Single Path/Row Request Form – Complete and submit this form for requests that fall in one path/row range.

Multiple Path/Row Request Form  – to custserv@usgs.gov for requests encompassing more than one path/row range. You may also send a list of path/rows with your email in a .csv format. Example file for multiple paths/rows

When you submit your requests, you will be notified when they are received. After review, you will receive another email notifying you if your request was denied or approved.

From 2013 to April 6, 2022, Landsat 7 acquired data based on a continental acquisition strategy, in which data over Antarctica, oceanic islands, Greenland, and Row 9 and above were no longer acquired systematically.

Starting April 6, 2022, Landsat 7 acquisitions were suspended to allow for a series of spacecraft burns to lower the satellite’s orbit by 8 kilometers (km). (Learn more about this activity)