In a September 21, 1966 press release, Secretary of the Interior Stewart Udall announced that the DOI was launching "Project EROS (Earth Resources Observation Satellites)." Udall's vision was to observe the Earth for the benefit of all.

The Landsat Missions are comprised of eight Earth-observing operational satellites that use remote sensors to collect data and image our planet as a part of the U.S. Geological Survey (USGS) National Land Imaging (NLI) Program. Landsat data is processed and hosted at the USGS’s Earth Resources Observation and Science (EROS) Center in Sioux Falls, South Dakota.

Beginning in the 1960s, the remote sensing and science community worked to realize these missions for the benefit of humankind. Geography, geology, hydrology, and other natural resource management fields have all benefited from the holistic view of the Earth.

In a September 1966 press release, then Secretary of the Interior Stewart Udall, announced that the Department of the Interior (DOI) was launching "Project EROS (Earth Resources Observation Satellites)" to collect invaluable information about Earth through remote sensing satellite observation. Udall's vision was to observe the Earth for the benefit of all. Secretary Udall boldly revealed that National Aeronautics and Space Administration (NASA) and the DOI would collaborate on Earth-observing space technology to monitor the planet’s natural resources. He stated "the program will provide us with the opportunity to collect valuable resource data and use it to improve the quality of our environment."

The DOI, NASA, and the U.S. Department of Agriculture (USDA) then embarked on an ambitious effort to develop and launch the first civilian Earth observation satellite. These revolutionary satellites would be set in a heliosynchronous, near-polar orbit, completing several revolutions around the Earth every day to capture the land surface of the planet. The heliosynchronous, near-polar orbit means the satellite passes near the North and South pole consistently as it revolves around the Earth. This type of orbit allows a Landsat spacecraft to pass over the equator at a different longitude on each revolution, resulting in the spacecraft completing a full image of our planet after 251 orbits, about 16 days.

The interagency effort achieved their goal on July 23, 1972, with the launch of the Earth Resources Technology Satellite (ERTS-1), later renamed Landsat 1. Project EROS led to numerous international collaborations focusing on science and technology including a fundamental one on how to operate Landsat.

At the time, nations around the world utilized the Landsat data, but there was no conventional labeling system for scenes developed. To catalog Landsat imagery collected over Canada, the Canada Centre for Remote Sensing (CCRS) set up a series of grid paths across their country drawn parallel to latitude lines. The USGS later adopted this schema extending the reference to the entire surface of the planet. This grid reference system became known as the Worldwide Reference System (WRS-1). After the expansion, WRS-1 descending had a total of 251 paths and 119 rows where each intersection of a path and a row denotes the nominal center of a Landsat scene. Today, we use Worldwide Reference System-2 (WRS-2), an extension of the WRS-1 notation system. WRS-2 descending has 233 paths and 124 rows for a sixteen-day ground coverage cycle. Landsat 1 through 3 used WRS-1, and Landsat 4 through 9 uses WRS-2. Each day, Landsat 8 and 9 together capture 28 swaths, or paths, cumulating to a full image of Earth every 8 days.

Each commissioned satellite carried the storied heritage of the program. The launches of Landsat 2, Landsat 3, and Landsat 4 followed in 1975, 1978, and 1982, respectively. When Landsat 5 launched in 1984, no one could have predicted that the satellite would deliver high quality, global data of Earth’s land surfaces for 28 years and 10 months. This officially set a new Guinness World Record for "longest-operating Earth observation satellite." Landsat 6 failed to achieve orbit in 1993. As a result of the lost mission, the satellite is not included in successful Landsat counts. The remainder of Landsat satellites have proved successful launches and data collection: Landsat 7 in 1999, Landsat 8 in 2013, and Landsat 9 in September 2021. All Landsat satellites have launched from Vandenberg Air Force Base, redesignated as Vandenberg Space Force Base in May 2021.

The enduring legacy of Project EROS continues with the Landsat program to this day. The information gathered by multiple Earth observation satellites, such as Landsat, now serves as a common, reliable record for environmental change around the world. Indeed, in the last half century, the record of Earth observation from space has become the indispensable foundation of almost all deliberations about the state of the planet. Secretary Udall’s vision has fundamentally remade how we see and understand our planet. 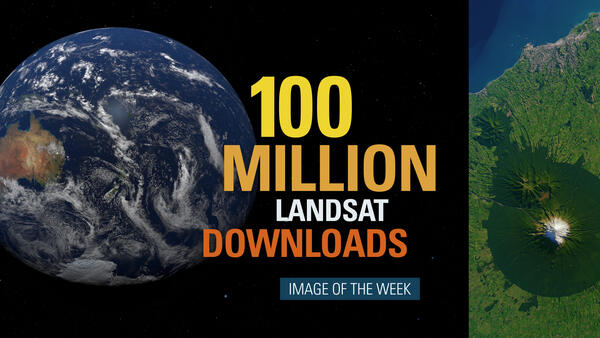 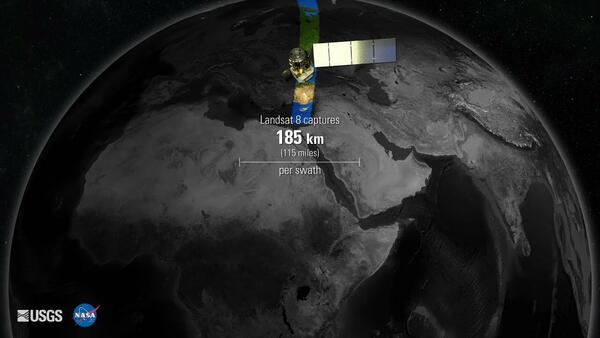 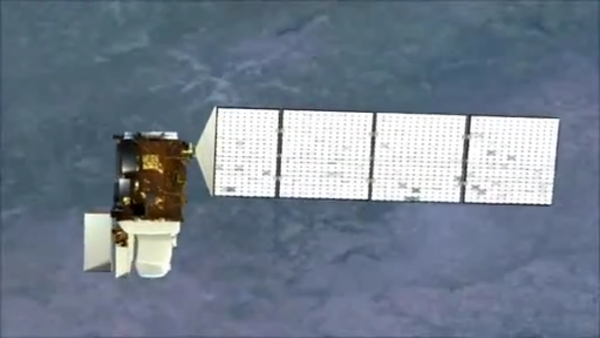 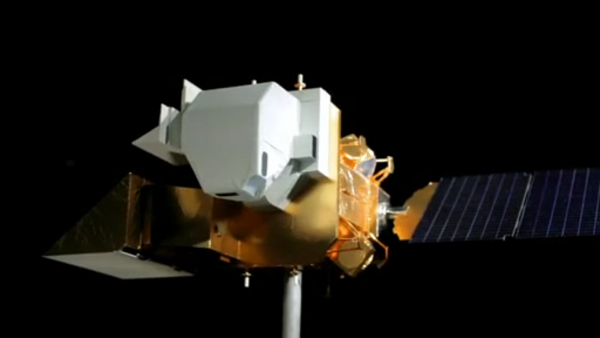 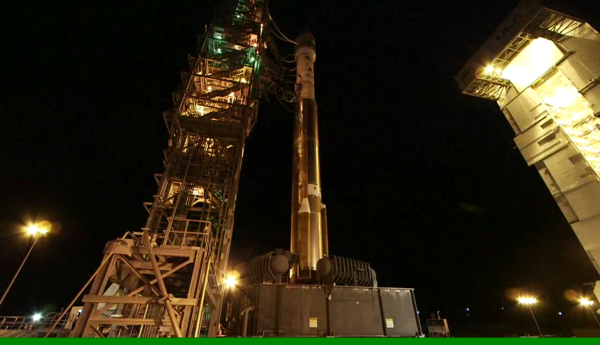 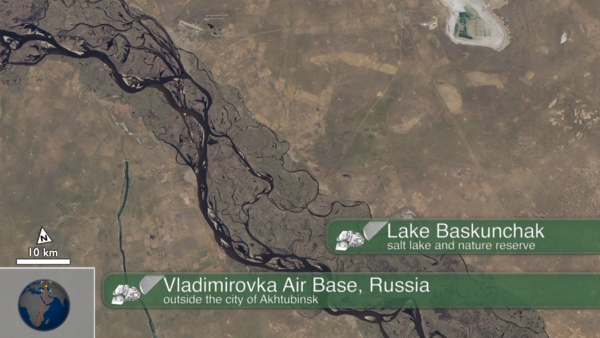 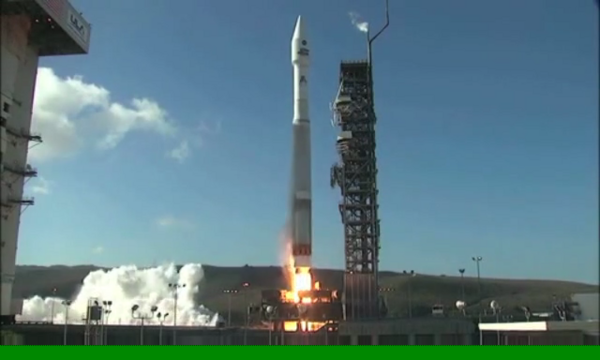 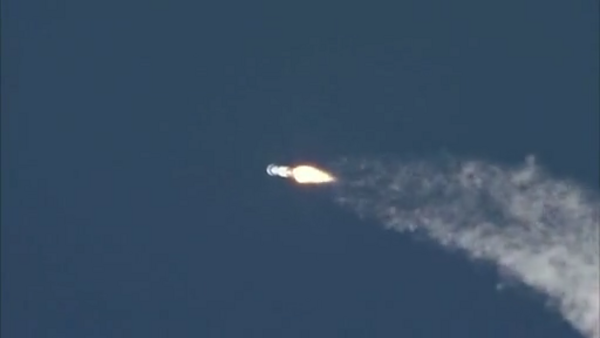 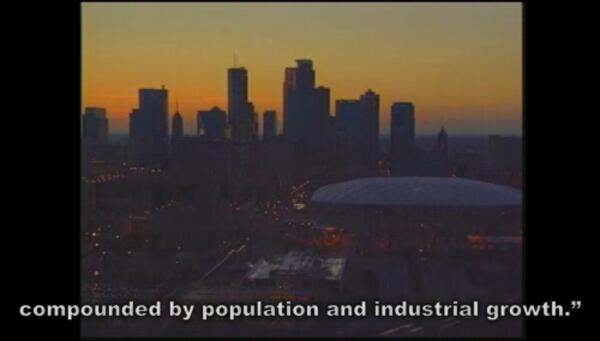 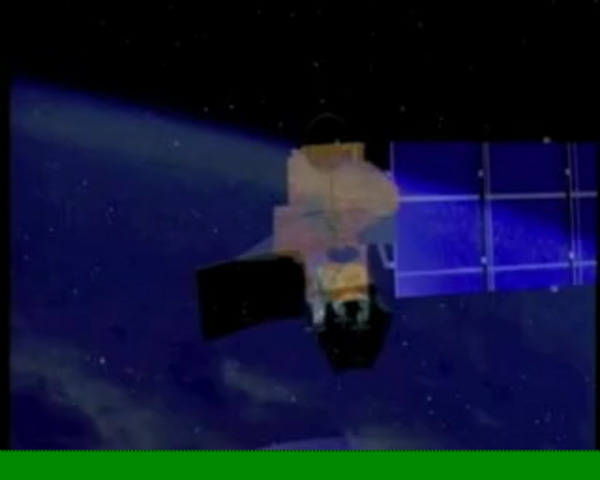 Landsat satellites have been operating since 1972, providing a continuous global record of the Earth’s land surface. The imagery is currently available at no cost through the U.S. Geological Survey (USGS). A previous USGS study estimated that Landsat imagery provided users an annual benefit of $2.19 billion in 2011, with U.S. users accounting for $1.79 billion of those benefits. That study, publis
By
Ecosystems, National Land Imaging Program, Fort Collins Science Center
August 15, 2018

In 2016, the U.S. Geological Survey reorganized the Landsat archive into a tiered collection structure, which ensures that Landsat Level-1 products provide a consistent archive of known data quality to support time-series analyses and data “stacking” while controlling continuous improvement of the archive and access to all data as they are acquired. Landsat Collection 1 required the reprocessing o
By
Earth Resources Observation and Science Center, Earth Resources Observation and Science (EROS) Center , Landsat Missions
August 24, 2016

Landsat brings understanding to the impact of industrialization

One of the cruelest, most complex narratives in the world today (2019) is written in the hunger of sub-Saharan Africa. When famine is the only yield from the scorched Earth, survival often depends on a heart-rending calculation—how far is the distant feeding center and how close is the nearest well?
By
Earth Resources Observation and Science Center, Earth Resources Observation and Science (EROS) Center , Landsat Missions
August 24, 2016

Landsat plays a key role in reducing hunger on earth

The United Nations’ Department of Economic and Social Affairs predicts 9.7 billion people will sit down every day to the global dinner table by 2050. If this prediction is correct, the world is going to need more crops, more livestock, and more efficient and sustainable agricultural practices.
By
Earth Resources Observation and Science Center, Earth Resources Observation and Science (EROS) Center , Landsat Missions
August 24, 2016

Urban planners and urban geographers turn to Landsat for answers

In western North America, where infestations of mountain pine beetles continue to ravage thousands of acres of forest lands, Landsat satellites bear witness to the onslaught in a way that neither humans nor most other satellites can see.
By
Earth Resources Observation and Science Center, Earth Resources Observation and Science (EROS) Center , Landsat Missions
July 12, 2016

A wildfire’s devastation of forest and rangeland seldom ends when the last embers die. In the western United States, rain on a scorched mountainside can turn ash into mudslides. Debris flows unleashed by rainstorms can put nearby homes into harm’s way and send people scrambling for safety. The infrared capabilities of Landsat satellite imagery provide vita information about potential dangers after
By
Earth Resources Observation and Science Center, Earth Resources Observation and Science (EROS) Center , Landsat Missions
June 27, 2016

Mapping water use—Landsat and water resources in the United States

Using Landsat satellite data, scientists with the U.S. Geological Survey have helped to refine a technique called evapotranspiration mapping to measure how much water crops are using across landscapes and through time. These water-use maps are created using a computer model that integrates Landsat and weather data.Crucial to the process is the thermal (infrared) band from Landsat. Using the Landsa
By
Earth Resources Observation and Science Center, Earth Resources Observation and Science (EROS) Center , Landsat Missions
November 25, 2015

Since 1972, Landsat satellites have continuously acquired space-based images of the Earth’s land surface, providing data that serve as valuable resources for land use/land change research. The data are useful to a number of applications including forestry, agriculture, geology, regional planning, and education. Landsat is a joint effort of the U.S. Geological Survey (USGS) and the National Aeronau
By
Earth Resources Observation and Science Center, Earth Resources Observation and Science (EROS) Center
link
September 21, 2016

Two snapshots from Landsat show the extent of a landslide in an Alaska National Park.

Landsat gives us a view of the legacy of logging near the Redwood Parks in California.

Sentinel 2A's coverage shows it can be a great complement to Landsat imagery.

Not all wildfires are bad, such as the one in this week's EarthView...

Landsat 8 gives us a singular view of Canyonlands National Park.

Time may not heal all wounds, but it did a good job with this Yellowstone wildfire...