Amphibians are the most threatened groups of animals on the planet. Diseases (e.g., chytrid fungi, ranavirus, severe perkinsea infections (SPI)) are negatively impacting these species. 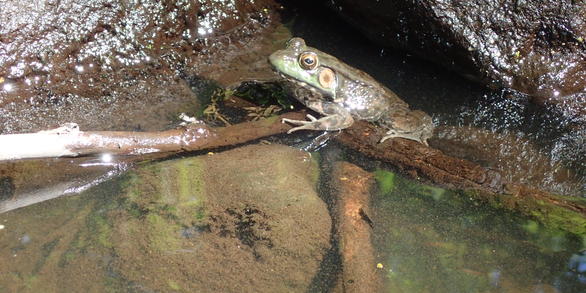 With today's episode we will shed some light on what we know and what we can expect for the future of amphibians. Join us as we interview USGS ecologists Mike Adams and Tara Chestnut, as well as USGS hydrologist Chauncey Anderson. 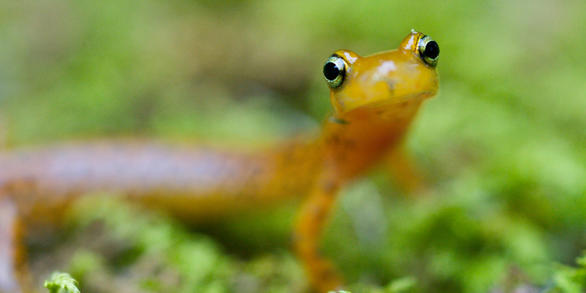 In this episode, we follow a group of students from the Jane Goodall Environmental Middle School  to Pintail Marsh at the Ankeny National Wildlife Refuge where they join USGS ecologist Tara Chestnut to investigate and sample for chytrid fungus. 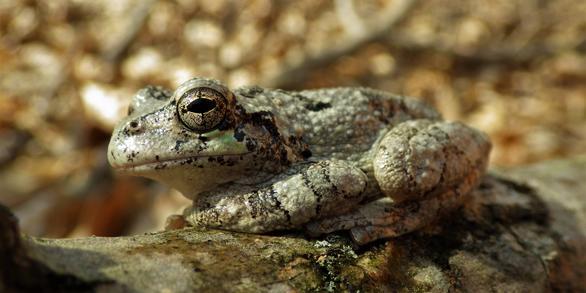 A team led by the USGS National Wildlife Health Center in Madison has found severe Perkinsea infections, or SPI, killed a sizable number of frogs in 43 states over a 16-year period.

Chytrid fungus (Batrachochytrium dendrobatidis, Bd) was identified 15 years ago as one of the primary causes of death for many amphibians. However, the ecology and epidemiology of Bd is still being investigated. A second type of chytrid fungus (Batrachochytrium salamandrivorans, Bsal) is emerging in Europe. While Bsal primarily affects salamanders, frogs can also become infected and spread this disease. SPI has been associated with large-scale frog die-offs in at least 10 states.

USGS formed the Amphibian Research and Monitoring Initiative (ARMI) to lead a cooperative national effort that is monitoring amphibians and researching potential causes of decline, including disease.

USGS is proactively responding to the threat of Bsal:

Batrachochytrium salamandrivorans (Bsal), a pathogenic chytrid fungus, is nonnative to the United States and poses a disease threat to vulnerable amphibian hosts. The Bsal fungus may lead to increases in threatened, endangered, and sensitive status listings at State, Tribal, and Federal levels, resulting in financial costs associated with implementing the Endangered Species Act of 1973. The United
By
Ecosystems
June 28, 2018

Decision making for mitigating wildlife diseases: From theory to practice for an emerging fungal pathogen of amphibians

Batrachochytrium salamandrivorans and the risk of a second amphibian pandemic

Amphibians are experiencing devastating population declines globally. A major driver is chytridiomycosis, an emerging infectious disease caused by the fungal pathogens Batrachochytrium dendrobatidis (Bd) and Batrachochytrium salamandrivorans (Bsal). Bdwas described in 1999 and has been linked with declines since the 1970s, while Bsal is a more recently discovered pathogen that was described in 201
By
Ecosystems, National Wildlife Health Center
May 31, 2017

Amphibians, pesticides, and the amphibian chytrid fungus in restored wetlands in agricultural landscapes

Information on interactions between pesticide exposure and disease prevalence in amphibian populations is limited, especially from field data. Exposure to certain herbicides and insecticides has the potential to decrease the immune response in frogs, which can potentially lead to increased abundance of Batrachochytrium dendrobatidis (Bd) zoospores on individuals and in the wetlands. In contrast, e
By
Water Resources, New Jersey Water Science Center
May 14, 2017

A framework for modeling emerging diseases to inform management

The rapid emergence and reemergence of zoonotic diseases requires the ability to rapidly evaluate and implement optimal management decisions. Actions to control or mitigate the effects of emerging pathogens are commonly delayed because of uncertainty in the estimates and the predicted outcomes of the control tactics. The development of models that describe the best-known information regarding the
By
Ecosystems, National Wildlife Health Center, John Wesley Powell Center for Analysis and Synthesis
September 30, 2016

To investigate interactions among disease, pesticides, water quality, and adjacent land cover, we collected samples of water, sediment, and frog tissue from 21 sites in 7 States in the United States (US) representing a variety of amphibian habitats. All samples were analyzed for > 90 pesticides and pesticide degradates, and water and frogs were screened for the amphibian chytrid fungus Batrachochy
By
Water Resources, Ecosystems, Toxic Substances Hydrology, Environmental Health Program, Colorado Water Science Center, Oregon Water Science Center
September 27, 2016

Influence of demography and environment on persistence in toad populations

A newly identified fungal pathogen, Batrachochytrium salamandrivorans (Bsal), is responsible for mass mortality events and severe population declines in European salamanders. The eastern USA has the highest diversity of salamanders in the world and the introduction of this pathogen is likely to be devastating. Although data are inevitably limited for new pathogens, disease-risk assessments use bes
By
Ecosystems, National Wildlife Health Center
January 20, 2016

An alternative framework for responding to the amphibian crisis

Volumes of data illustrate the severity of the crisis affecting amphibians, where > 32% of amphibians worldwide are threatened with declining populations. Although there have been isolated victories, the current approach to the issue is unsuccessful. We suggest that a radically different approach, something akin to human emergency response management (i.e. the Incident Command System), is one alte
By
Ecosystems, Fort Collins Science Center, John Wesley Powell Center for Analysis and Synthesis
link
November 9, 2018

A new USGS Open-File Report outlines findings from a scenario building workshop on a wildlife disease, facilitated by the Department of the Interior’s...

Europe’s wild snakes could face a growing threat from a fungal skin disease that has...