On July 23, 2022, Landsat—a space-based Earth observation program conducted jointly by the U.S. Geological Survey and NASA—marks a half century of providing a continuous record of the Earth’s land surfaces. Landsat’s fifty-year archive of Earth observation supplies the world with an unparalleled baseline of trusted, empirical evidence to support a shared understanding of how the Earth is changing.

Massive volumes of carefully calibrated Landsat data allow observations from one period or one geographic area to be compared to others across time and geographic locations, enabling scientific insights that no other single data source can provide. As a civilian pioneer in land observation from space, and now in partnership with other commercial and international systems, the Landsat program has allowed humanity across the globe to see ourselves – and our actions that affect the Earth – clearly, at length, without political or cultural bias.

An objective view since 1972

Secretary of the Interior Stewart Udall announced in a September 1966 press release that the U.S. Department of the Interior was launching "Project EROS” (Earth Resources Observation Satellites) to collect valuable information about Earth through remote sensing by satellites. This ambitious project, later renamed Landsat, supported the mandate that Congress set for the U.S. Geological Survey when the agency was established in 1879: “classification of the public lands, and examination of the …products of the national domain.” Secretary Udall’s further vision was "to observe the Earth for the benefit of all," a reference to the concept of the peaceful use of outer space subsequently established in a 1967 United Nations treaty. The first satellite in the Landsat series was launched by NASA on July 23, 1972.

The Landsat program has employed a series of satellites, like relay runners, to carry out 50 years of Earth observation. Landsat 2, Landsat 3, and Landsat 4 followed Landsat 1 in 1975, 1978, and 1982, respectively. Launched in 1984, Landsat 5 set an official Guinness World Record for "longest-operating Earth observation satellite,” delivering high quality, global data for 28 years and 10 months, far beyond its three-year design life. Landsat 6 failed to achieve orbit in 1993. The remainder of Landsat satellites have accomplished successful launches and data collection: Landsat 7 in 1999, Landsat 8 in 2013, and Landsat 9 in September 2021.

In 1972, the world’s population stood at 3.8 billion people; later this year, the world’s population will reach eight billion. Through five decades of population growth, Landsat satellites have systematically recorded changes on the land that have occurred due to agriculture, mining, forest diseases, wildfire, earthquakes, volcanoes, tidal waves, coastal erosion, war, famine, urbanization, and climate change. By design, Landsat has accurately monitored all these changes for the benefit of humankind.

Landsat data have contributed to our understanding of Earth in innumerable ways, from measuring the speed of Antarctic glaciers to monitoring deforestation in the Amazon rainforest. Landsat images are routinely used by scientists, resource managers, and business people to track water quality, glacier recession, coral reef health, land-use change, and agricultural conditions. Because the complex sensors onboard Landsat satellites can see spectral ranges of light far beyond human vision, they are able to precisely detect the wavelengths of light absorbed and reflected at the surface of the Earth. With the capability to “see” detail on the land to approximately the size of a baseball diamond (30-meter resolution), Landsat satellites can assess the condition of crops, such as corn or wheat, at the scale of individual farm fields.

Three brief examples of notable Landsat applications during the last 50 years will help outline the breadth of Landsat’s impressive technical capabilities. Scores of other examples can be found at USGS and NASA websites.

Established in 1965, the Western States Water Council is a coalition of various water management authorities from 18 states organized to ensure that the West has an adequate, secure, and sustainable supply of water. The Council relies on commonly accepted, freely available Landsat data as fundamental to its mission. Trusted Landsat data serve as a kind of “information currency” in many cross-institution and international settings around the globe.

For several reasons, the Landsat program has been a critical partner for multiple organizations and partners who work to reduce global deforestation and forest degradation. First, monitoring deforestation across wide swaths of remote forests cannot be accomplished without the help of Earth observation satellites. Second, Landsat data are available at no cost, in multiple formats, for bulk users and to individual researchers. Third, Landsat is the only Earth observation system with a record long enough to set the historical parameters by which long-term progress can be measured.

Landsat and the 1986 Chernobyl Disaster

Equipped with near-infrared and thermal infrared sensors, Landsat 5 was the first civilian satellite to confirm the gravity of the April 26, 1986 explosion near Pripyat, Ukraine. Subsequently, under public pressure from the Landsat revelation and other sources, Soviet officials slowly began to validate facts on the ground.

Previously unimaginable Landsat applications were fostered by a policy change in 2008 that made Landsat data freely available to the global community. Since 2008, not only have individual users had free access to specific Landsat data and imagery, but open public access has encouraged geospatial and data processing firms, such as Amazon, Esri, Google, and Microsoft, to host the entire massive Landsat archive and to develop advanced access, retrieval, and visualization applications for the data.

One theme of these highly developed  applications is to rapidly compare land changes over time using temporal layers of Landsat data in a particular place or over broader regions. In recent years, with the development of cloud computing, massive amounts of data can now be processed in hours instead of months. A 2019 USGS study estimated the annual value of Landsat imagery to the American economy at $2.1 billion.

An example of the “hard-to-quantify but still very real” value of open data is OpenET, a water resource application developed by NASA. OpenET primarily uses Landsat, along with other satellite data, to help farmers, rural communities, and water resource managers promote locally driven water conservation. Monitoring evapotranspiration (ET), the water lost to the atmosphere from the ground surface and vegetation by several mechanisms, is a Landsat specialty. Knowing the extent of evapotranspiration, down to the scale of individual fields, allows farmers to better calculate crop water requirements, improving their water use and irrigation efficiency.

A grateful salute to the past

The enduring legacy of the inaugural Project EROS in the early 1970s continues with the Landsat program of today. The information gathered by Landsat over 50 years stands as a common, trusted record for environmental change around the world. Indeed, in the last half century, its Earth observations have become the indispensable foundation for nearly all global- and continental-scale analyses of land use and land surface change. Secretary Udall’s vision has fundamentally remade how we see and understand our planet.

With the issue of global climate change looming over our collective destiny, the Landsat archive gives scientists an essential baseline of climate change information – data that is crucial for helping us prepare for, and potentially mitigate, what lies ahead. Taking the most effective steps to improve our collective destiny will continue to require the most thorough information we can possibly collect about ongoing changes on the land.

Looking beyond the current Landsat 8 and 9 satellites to another mission by the end of the decade, a joint NASA-USGS design team has identified an affordable, next-generation concept for the Landsat Next mission. Its planned specifications respond to rigorously documented system requirements to meet ever-increasing user needs to better monitor, understand, and eventually predict changes to our Nation’s land surfaces, farmlands, forests, surface waters, and coastlines.

Landsat Next is planned to provide higher spatial resolution and twice the spectral imaging bands of Landsat 8 and 9. It will be designed to collect highly calibrated science data, provide consistent global coverage regardless of commercial value, and serve as a trusted calibration reference for other land-imaging satellites. The mission will maintain compatibility with the existing Landsat data record and be augmented by new commercial and international data partnerships. These advancements will markedly improve our monitoring and predictive capabilities for agriculture, harmful algal blooms, water use, mineral mapping, and volcanic activity, among other phenomena.

Collectively, these capabilities will ensure that Landsat continues to draw an even more extensive, uninterrupted, and insightful portrait of our planet for the benefit of all.

The Landsat Program, a joint mission of the U.S. Geological Survey and NASA, has provided continuous global coverage of landscape change since 1972. Landsat’s unique long-term data record provides the basis for a critical understanding of environmental and climate changes occurring in the United States and around the world.

An Illustrated History of Landsat

In case you missed it

Parts 1, 2, 3, 4, and of the Six-part Series Highlighting the 50th Anniversary of Landsat: 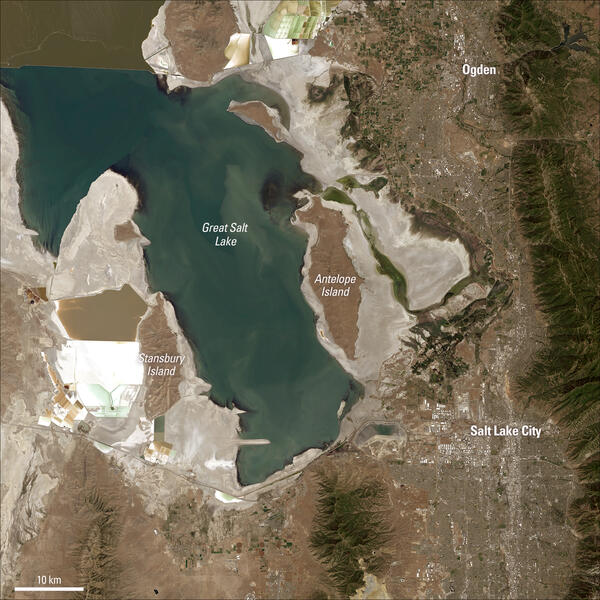 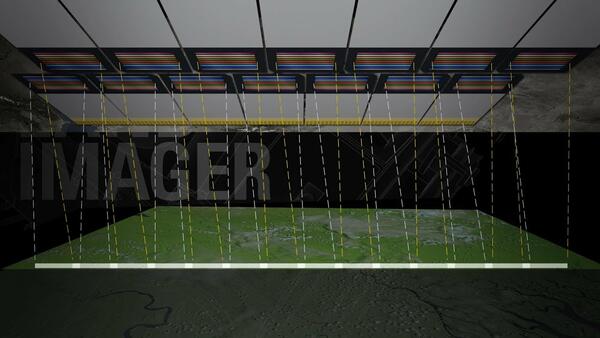 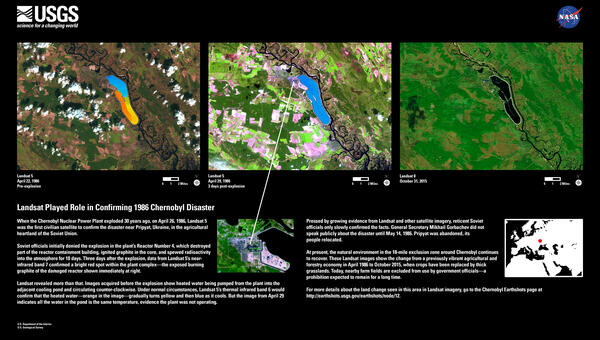 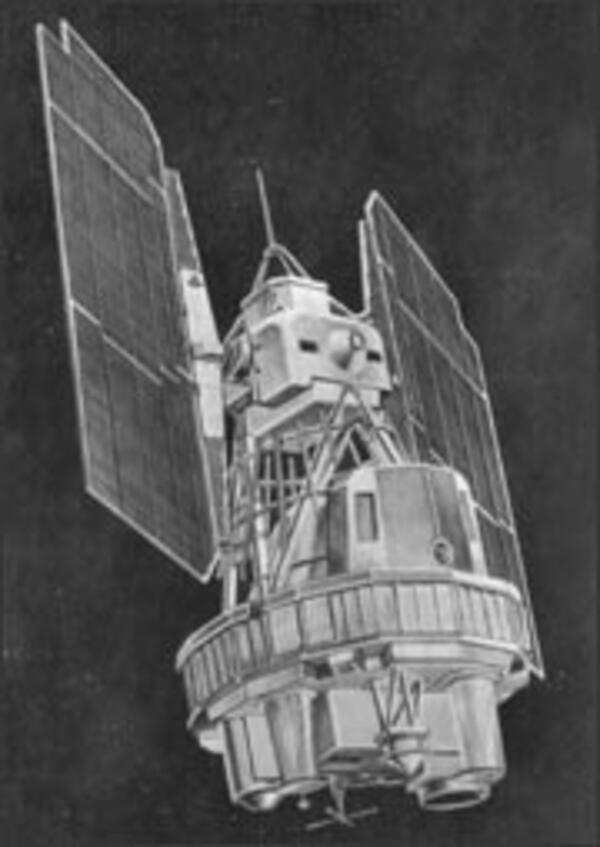 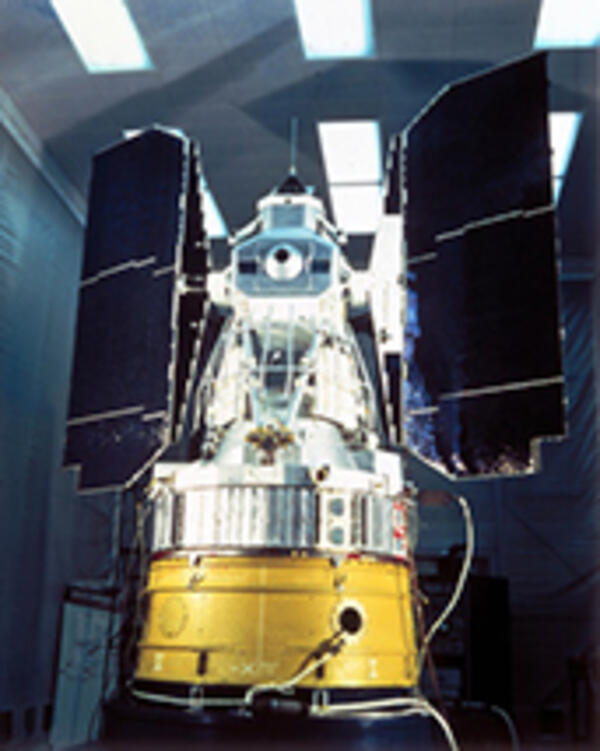 Landsat satellites have been operating since 1972, providing a continuous global record of the Earth’s land surface. The imagery is currently available at no cost through the U.S. Geological Survey (USGS). A previous USGS study estimated that Landsat imagery provided users an annual benefit of $2.19 billion in 2011, with U.S. users accounting for $1.79 billion of those benefits. That study, publis
By
Ecosystems, National Land Imaging Program, Fort Collins Science Center
July 21, 2022

For a half-century, the Landsat satellites have revealed patterns of change across our crowded planet. Learn more with this storymap that ESRI and USGS created together.

The U.S. Geological Survey and NASA celebrate the 50th anniversary of Landsat on July 23, 2022. The U.S. Landsat program of Earth observation...

Earth imagery is fundamental to the USGS fire mission to understand the causes, consequences, and benefits of wildfire. Imagery and data from Landsat...

Landsat, a space-based Earth observation program conducted jointly by the U.S. Geological Survey and NASA, celebrates a half century of providing a...

In 2022, the Landsat series of satellites, a program conducted jointly by the U.S. Geological Survey and NASA, celebrates a half century of worldwide...