Land-surface deformation in eastern Virginia is being monitored to evaluate effects of groundwater pumping and wastewater injection on land-surface movement and relative sea-level rise.

Along the Atlantic Coast in Virginia, three deep counterweighted pipe extensometers have been installed by the USGS near Franklin, Suffolk, and Nansemond to assess the relation groundwater pumping and injection of treated wastewater has on land-surface deformation and relative sea-level rise. Extensometers installed at each location measure land-surface movement (subsidence and uplift) related to aquifer-system deformation in the North Atlantic Coastal Plain.

Land subsidence has been observed at various locations in the southern Chesapeake Bay region at rates of 1.1 millimeters per year to 4.8 millimeters per year (Eggleston and Pope, 2013; Holdahl and Morrison, 1974). A major cause of land subsidence has been extensive groundwater pumping that caused regional aquifer-system compaction (Pope and Burbey, 2004). Aquifer-system compaction was actively measured from the late 1970s through the mid 1990’s at two extensometers in Virginia, near Franklin and Suffolk, but had not been measured anywhere in Virginia since 1995, until now.

The Hampton Roads Sanitation District (HRSD), through their Sustainable Water Initiative for Tomorrow (SWIFT) program, plans to inject treated wastewater below ground. These injections of water are expected to raise groundwater pressures, potentially expanding the aquifer system, raising the land surface, and counteracting the land subsidence occurring in the Virginia Coastal Plain. Working together, the HRSD and USGS constructed a 1,960-ft extensometer at the Nansemond Wastewater Treament facility, which will provide accurate measurements of land-surface and bedrock deformation along with measurements of aquifer pressures at observation wells co-located at the extensometer site.

Land subsidence is being monitored at extensometers installed in Virginia near Franklin, Suffolk, and Nansemond. Click the links below to access extensometer data at these sites:

Groundwater levels are being monitored at each of the extensometer locations. Click the links below to access groundwater data at each site: 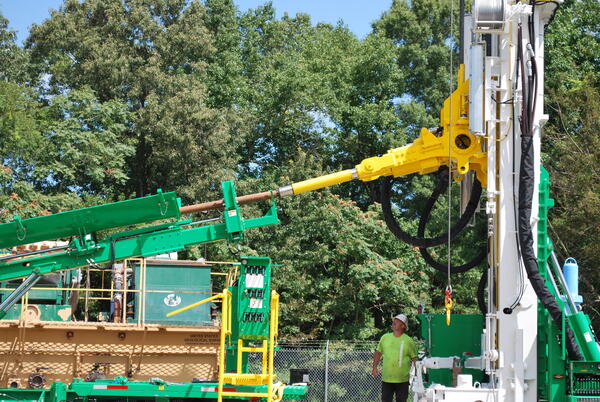 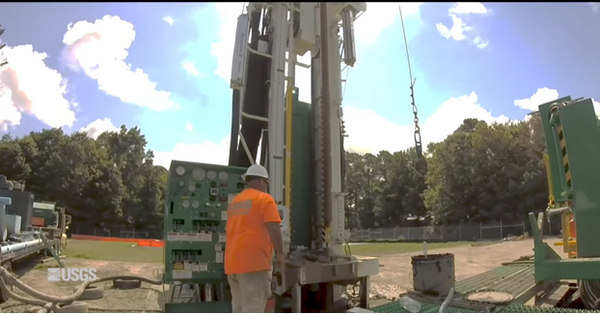 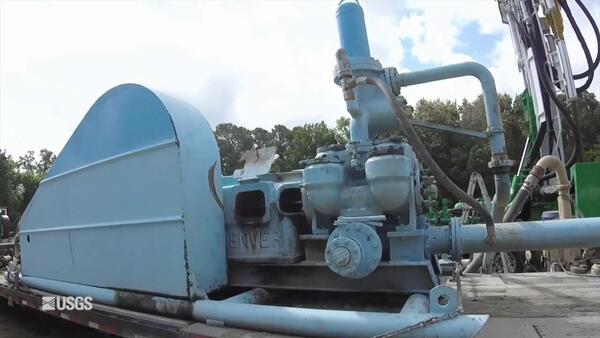