Explore what Landsat 3 captured over the years.

Landsat 3 was operated by NOAA after being launched by NASA. The satellite brought improved technology into space for remote observation researchers.

The original Landsat program anticipated two satellites, but with the wide variety of applications for the invaluable data the principal scientists for the program sought to send a third satellite into Earth’s orbit. As early as 1972, six years before launch, NASA Goddard researchers began brainstorming ideas for improving the technology on the Landsat spacecraft.

As a result, Landsat 3 was a modified version of the first two orbiters. Landsat 3’s Return Beam Vidicon (RBV) sensor had an improved spatial resolution of 40 meters, compared to 80 meters for Landsat 1 and 2. In addition, the Landsat 3 Multispectral Scanner System (MSS) sensor was modified to include a thermal infrared band, although the thermal band failed shortly after launch.

The third Landsat spacecraft was launched into space onboard a Delta 2910 rocket from Vandenberg Air Force Base, California on March 5, 1978. The objective of Landsat 3 was to extend the period of space-acquired Earth imagery started by Landsat 1 and Landsat 2. The satellite was placed in standby mode on March 31, 1983 and decommissioned on September 7, 1983.

In 1983, Landsat Operations were moved to NOAA, while USGS EROS continued to maintain the data archive. At the time, NASA was perceived as a research and development agency, and with a functioning earth-observing satellite program, the role of operator needed to be handed off. This was the first step in a long process of commercialization.

Landsat 3 carried the modified versions of the sensors placed on Landsat 1 and Landsat 2: the Return Beam Vidicon (RBV) and the Multispectral Scanner System (MSS).

The RBV system was redesigned for Landsat 3 to use two cameras, mounted side-by-side, with panchromatic spectral response and higher spatial resolution than on Landsat 1 and Landsat 2, to complement the multispectral coverage provided by the MSS. Each of the cameras produced a swath of about 90 km (for a total swath of 180 km).

RBV data was rarely used and considered useful for engineering evaluation purposes rather than science analysis. Visit RBV Film Only for more information.

The MSS sensor was a line-scanning device observing the Earth perpendicular to the orbital track. The cross-track scanning was accomplished by an oscillating mirror; six lines were scanned simultaneously in each of the four spectral bands for each mirror sweep. The forward motion of the satellite provided the along-track scan line progression. The MSS sensor on Landsat 3 originally had five spectral bands, but one failed shortly after launch. 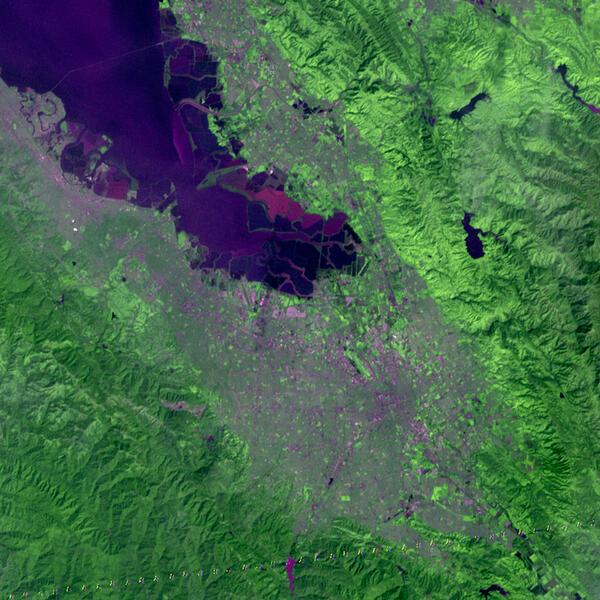 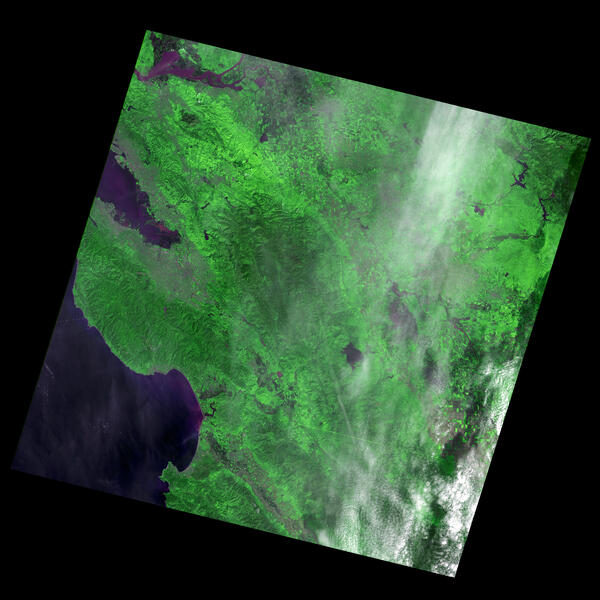 Since 1972, Landsat satellites have continuously acquired space-based images of the Earth’s land surface, providing data that serve as valuable resources for land use/land change research. The data are useful to a number of applications including forestry, agriculture, geology, regional planning, and education. Landsat is a joint effort of the U.S. Geological Survey (USGS) and the National Aeronau
By
Earth Resources Observation and Science Center, Earth Resources Observation and Science (EROS) Center
June 7, 2022

Although only two Landsats were originally anticipated, the program’s principal scientists sought to launch a third satellite for continued coverage because they found a wide variety of applications for the data. There was also interest in advancing the sensors and improving the data.