Explore what Landsat 2 captured over the years.

Landsat 2 continued with its sibling satellite, Landsat 1, to observe the Earth together from a unique vantage point.

When the Earth-observing satellite program began, the plan was to build a series of remote-sensing spacecrafts. Without continuous observation via satellite, there would be a lapse in data which would interrupt science. Earth Resource Technology Satellite B (ERTS-B) was launched onboard a Delta 2910 rocket from Vandenberg Air Force Base, California on January 22, 1975.

Upon beginning orbit, it was renamed Landsat 2. Landsat 2 outlived the one-year design, lasting seven years. After February 28, 1982, Landsat 2 was removed from operations due to yaw control problems. It was officially decommissioned on July 27, 1983.

Instead of only principal investigators using the data that happened during Landsat 1 and the LPIP, a cooperative agriculture inventory experiment began monitoring crops around the world. Congress directed the U.S. Department of Agriculture (USDA) and NASA to begin monitoring crop health after the Soviet Union was forced to purchase wheat from the U.S. due to a major crop failure in 1972. The Large Area Crop Inventory Experiment (LACIE) was born, run by an interagency team of federal partners comprised of USDA, NASA, and National Oceanic and Atmospheric Administration (NOAA). LACIE’s primary objective was global crop monitoring, in particular wheat production. Using Landsat data, scientists could predict crop yields within a year and year-to-year variability.

The LACIE program ended just as another agricultural endeavor began in 1979. Project Agriculture and Resources Inventory Surveys Through Aerospace Remote Sensing (AgRISTARS) was a natural successor. Federal participants in the program included USDA, NASA, U.S. Department of Commerce, U.S. Department of the Interior, and the U.S. Agency for International Development. AgRISTARS focus was beyond wheat, incorporating other crops like corn and soybeans. Within the USDA, the Foreign Agricultural Service used the data to improve global crop commodity forecasts. Both LACIE and AgRISTARS paved the way for modern digital image processing of satellite imagery.

RBV data was rarely used and considered useful for engineering evaluation purposes rather than science analysis. Visit RBV Film Only for more information.

The MSS sensors were line-scanning devices observing the Earth perpendicular to the orbital track. The cross-track scanning was accomplished by an oscillating mirror; six lines were scanned simultaneously in each of the four spectral bands for each mirror sweep. The forward motion of the satellite provided the along-track scan line progression. 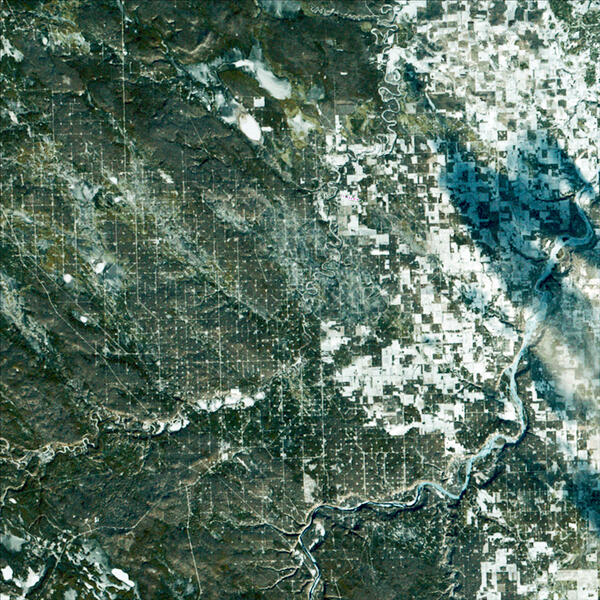 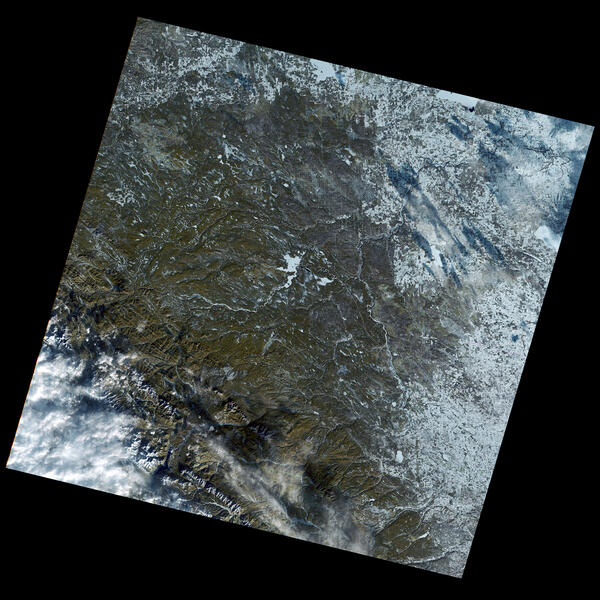 Since 1972, Landsat satellites have continuously acquired space-based images of the Earth’s land surface, providing data that serve as valuable resources for land use/land change research. The data are useful to a number of applications including forestry, agriculture, geology, regional planning, and education. Landsat is a joint effort of the U.S. Geological Survey (USGS) and the National Aeronau
By
Earth Resources Observation and Science Center, Earth Resources Observation and Science (EROS) Center
June 7, 2022

With this uninterrupted data, the record of the Earth's land surface could always be recorded, allowing for reliable imaging for scientists, policy makers, and land managers.