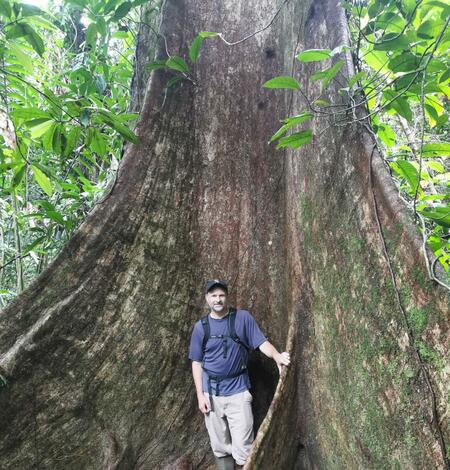 I am a Research Biologist within the molecular biology laboratory group at UMESC. My focus is implementing and developing molecular tools to aid in management of both invasive and native species, with a particular focus on environmental DNA (eDNA).

I began my career as a conservation scientist with the Orianne Society, a reptile and amphibian conservation organization and concurrently as a visiting scientist with the University of Idaho. During this time I worked on landscape genetics of snakes, developed an eDNA monitoring program for eastern hellbender, and initiated a bushmaster conservation program in Costa Rica. After six years at Orianne Society, I worked for four years as Director of Wildlife Ecology at The Wilds, an AZA institution in eastern Ohio, where I oversaw hellbender and American burying beetle headstarting and reintroduction, conducted site-level ecological studies, and continued my work on eDNA and genomic projects.

This report describes the joint efforts of USGS UMESC and the U.S. Fish and Wildlife Service to monitor bigheaded carps in the Upper Mississippi River. The report prepared for the Mississippi Interstate Cooperative Resource Association details eDNA results from 2021.
By
Ecosystems, Upper Midwest Environmental Sciences Center