In the mid-1960s, the city of Philadelphia faced a potential public health crisis.

In the mid-1960s, the city of Philadelphia faced a potential public health crisis.

Salty seawater had pushed its way through the Delaware River Basin, filling riverbeds parched by a historic drought. In the fall of 1964, the salt front from Delaware Bay crept dangerously close to the drinking water supply for Philadelphia—within 8 miles of it, in fact—and threatened the water supplies of several other cities across the four States within the 330-mile estuary, including Camden, N.J.

The basin was home to about 6.3 million people at the time. Today, nearly 15 million rely on the basin for drinking water, including millions in New York City.

The threat of saltwater creep looms larger today, as well. Rising sea levels could make it easier for saltwater to push upstream into the Delaware and the hundreds of smaller rivers and streams that push it southeast toward Delaware Bay and the Atlantic Ocean. Warmer waters also could dilute dissolved oxygen, threatening fish populations relied upon by commercial fishing and recreational anglers.

The 1960s drought of record is among the events that have shaped current management strategies to protect drinking water supplies of the Delaware River Basin.

New research from the USGS Earth Resources Observation and Science (EROS) Center in Sioux Falls, SD, could soon aid in those efforts by helping basin managers prepare for a range of climate change and urban growth scenarios. Satellite-derived maps of land cover and land use are used by the EROS Forecasting Scenarios of Land Use Change (FORE-SCE) team to model both backwards and forward in time across the basin, enabling its residents and managers to prepare for what might happen to the water supply and respond to future challenges.

The work will be important to people like Kendra Russell of the USGS, who serves as the Delaware River Master under the terms of a U.S. Supreme Court Decree, and to the many other basin representatives and stakeholders. The 1954 Decree from the high court specifies how much water the Decree Parties (New York City, New York State, New Jersey, Pennsylvania and Delaware) are allowed to divert from the Delaware River Basin

“It’s valuable to the Decree Parties with their collective role in the basin, but then individually, each of the parties has State responsibilities and local responsibilities,” Russell said. “It’s important at that level for them to have these projections and to be able to utilize them for those purposes.”

Looking to the Past and Future with Landsat

The EROS models begin with imagery from the USGS Landsat program. Information from the EROS-built National Land Cover Database (NLCD) that outlines the extent of cropland, developed land, forests, wetlands and the like at 30-meter Landsat resolution serve as a baseline, as does other information on landscape change from EROS projects such as the Land Change Monitoring, Assessment, and Projection (LCMAP) and LANDFIRE projects. From there, scientists and researchers like EROS contractor Jordan Dornbierer collect historical data on land cover, land use, population and more to “backcast,” or to model conditions back in time. In the case of the Delaware River Basin, the FORE-SCE team looked back to the pre-colonial conditions of 1680 at decadal intervals. That work established a trajectory of change and laid the foundation for a look into the future.

On the projection side, the team looked to Intergovernmental Panel on Climate Change (IPCC) emissions scenarios and economic growth scenarios to create a range of possibilities. It also modeled “business as usual” scenarios, where current landscape trends continue, and no additional measures are adopted to respond to changing temperatures. The projections, also in decadal intervals, show changes in land cover and land use across the basin through 2100.

“If you plotted that out, you would see that the agricultural classes rise up going back in time, when the economy was more agricultural than industrial,” Dornbierer said on a recent episode of the EROS podcast “Eyes on Earth.” “You see the urban land cover diminish going back in time, and you see a lot of it displaced by forest. Going into the future, we are often creating what looks like a spaghetti graph under different climate scenarios. It's a stark contrast to the kind of simulations we are attempting to create going into the past.”

FORE-SCE has tackled scenarios for areas as large as the entire Lower 48 states under the direction of Terry Sohl, the acting Integrated Science and Applications Branch chief at EROS. The Delaware River Basin, which Sohl called a “target of opportunity” for the project, represents longest continuous time period FORE-SCE has ever modeled at the Landsat scale.

It’s an accomplishment that serves to advance a foundational principle in FORE-SCE: offer users of the data as much information as possible to illuminate the eventualities and possibilities they’ll face as the years pass.

“The way that we treat the model, we kind of look at it as a puzzle,” Sohl said. “We're trying to account for all these vast number of factors that drive land use change. We can't tackle them all at once. You kind of have to do them one at a time. The Delaware River Basin was a nice opportunity to try to add a couple more pieces to that puzzle that we have not tackled before, particularly related to urban change, water use and water availability.”

It also offers a new data source to feed new or update existing models of change to ecosystems, carbon emissions, hydrology and more.

The sprawling nature of the Delaware River Basin dataset is noteworthy from Russell’s perspective, too. Other models seek to map various kinds of change to the lands of the largest draw-down basin the Eastern U.S., but none has looked a full 100 years into the future.

Russell believes the EROS work is liable to push modelers to look further into the future, with the land cover projections serving as both an input for models of change and as a sort of goalpost to hit.

Information from the EROS model could, for example, help others to examine what kinds of conditions might lead to a repeat of the 1960s salt front creep. Currently, the Decree Parties are completing a story to determine whether New York City can be detached from their obligation to release freshwater into the basin to mitigate saltwater incursions. The Decree Parties can use the information from the EROS model, Russell said, and implement more effective, efficient, or equitable ways to respond to salt front movement.

“That’s where things like what Terry’s doing are very helpful, because you can look out into the future and try to incorporate that into the analysis that’s being done,” Russell said. “They want to be informed about those changes and try to build in resiliency to those changes.”

Russell intends to invite Sohl to present his team’s work to the Decree Parties fairly soon. The data were only recently released, alongside a peer-reviewed publication called “Prototyping a Methodology for Long-Term (1680–2100) Historical-to-Future Landscape Modeling for the Conterminous United States,” for which Dornbierer was the lead author. 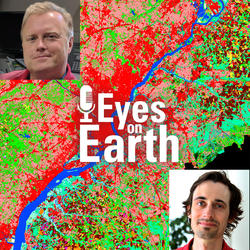 Eyes on Earth is a podcast on remote sensing, Earth observation, land change and science, brought to you by the USGS Earth Resources Observation and Science (EROS) Center. In this episode, we learn about mapping the past and the future across an East Coast river basin.

Eyes on Earth is a podcast on remote sensing, Earth observation, land change and science, brought to you by the USGS Earth Resources Observation and Science (EROS) Center. In this episode, we learn about mapping the past and the future across an East Coast river basin. 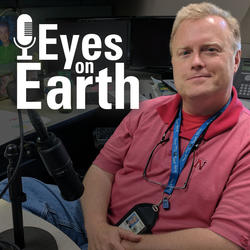 Eyes on Earth is a podcast on remote sensing, Earth observation, land change and science, brought to you by the USGS Earth Resources Observation and Science (EROS) Center. In this episode, we learn how EROS scientists project future landscape change.

Eyes on Earth is a podcast on remote sensing, Earth observation, land change and science, brought to you by the USGS Earth Resources Observation and Science (EROS) Center. In this episode, we learn how EROS scientists project future landscape change. 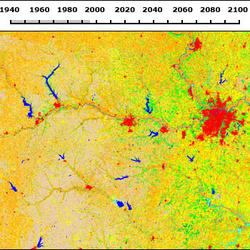 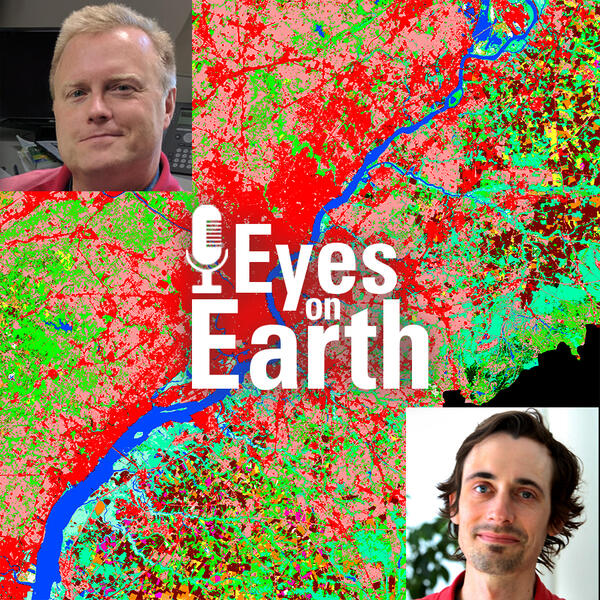 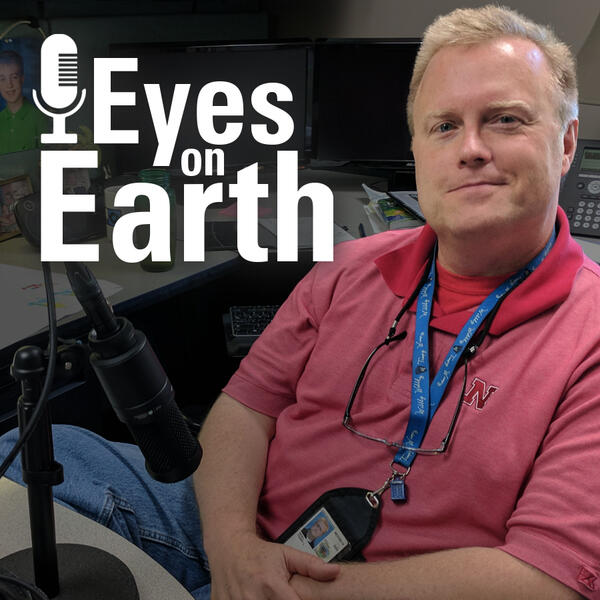 Land system change has been identified as one of four major Earth system processes where change has passed a destabilizing threshold. A historical record of landscape change is required to understand the impacts change has had on human and natural systems, while scenarios of future landscape change are required to facilitate planning and mitigation efforts. A methodology for modeling long-term his
By
Climate Research and Development Program, Earth Resources Observation and Science Center, Land Change Science Program, Earth Resources Observation and Science (EROS) Center
link
February 10, 2020

Looking into the Future: The Art and Science of Land Use Projections

One of the key elements of the U.S. Geological Survey’s (USGS) bold new Land Change Monitoring, Assessment, and Projection (LCMAP) initiative is its...

When a forest gives way to a potato field, when landscapes once teeming with wheat and barley disappear into seas of switchgrass, there are always...

Peering into the Future of Agricultural Change

What would it take to produce a billion tons of biomass for fuel production?