The Model Maintenance program, in cooperation with the N.J. Department of Environmental Protection (NJDEP), archives, maintains, updates, and shares groundwater-flow models that have been developed by the New Jersey Water Science Center (NJWSC). The program was started in 1995 to maintain existing groundwater flow models, use standardized procedures to archive the models, update models with recent data and analytical techniques, and re-evaluate the data network design of each model.

Since 1975, 35 groundwater-flow models that simulate confined and unconfined conditions in various aquifer types present in New Jersey-- including fractured rock, Coastal Plain, and glacial aquifers-- have been developed and are documented by USGS publications. Of these, 24 models are currently archived shown in figure 1.  Twelve non-archived models are listed on the Web pages. These models typically are older models with little to no computer files or models with a limited extent. For these models, a link to the published report on the USGS publication warehouse website is available.

The existing models in the N.J. Water Science Center have been archived to a central location and are available to the public. Care has been taken to standardize each model and to update and revise models when needed.  As of 2016, model archives must conform with the USGS Open data Policy, and must be formally distributed online to the public as a USGS data release concurrent with the information product that describes the model.

The NJ Coastal Plain RASA (Regional Aquifer System Analysis) model simulates groundwater flow in the confined aquifers of the New Jersey Coastal Plain and is one of the most widely used models by hydrologists in the NJWSC (Martin, 1998). The model was updated in the late 1990’s to include water use from 1981 through 1998, rediscritized to a finer cell size, and modified to include spatially variable recharge rates based on recent studies (Voronin, 2004). The RASA model is currently being revised to incorporate a Soil Water Balance (Westenbroek and others, 2010) recharge package and update withdrawals to 2013 values. Current work on the RASA model includes extending the model into Delaware to better understand the effects of withdrawals in Delaware on the flow system.

Simulations using the RASA model have provided a detailed understanding of groundwater flow and sources of water to wells in the Wenonah-Mount Laurel aquifer in and around the Deptford Township, Gloucester County (Watt and Voronin, 2006). The RASA model also was used to provide information to the NJDEP for the Water Supply Master Plan. Scenarios were run that evaluated the effects of increased withdrawals on water levels and water budgets within planning areas based on future population estimates (Gordon, 2007).  An optimization module, GWM (Ahlfield and others, 2005), which is part of the MODFLOW program, was used to evaluate how and where increased withdrawals would affect water levels within Critical Area 1 (Spitz and others, 2007). The graph in figure 2 shows that as more drawdown is allowed in the system, the amount of available withdrawal increases. The curves on the graph are for two difference well configurations—the current well locations and regularly spaced well locations.

The groundwater-flow models can be used to address many water-resources issues. One groundwater-flow model developed by the USGS in the Pennsauken Township area in Camden County was used to delineate contributing areas to the Puchack well field. The contributing areas to this major well field, shown in figure 3, was determined by using particle-tracking analysis that calculates the travel times of water to wells (Pope and Watt, 2005). Other models have been used to address saltwater intrusion or base-flow depletion. The Camden model was used to evaluate the vulnerability of production wells in the Potomac-Raritan-Magothy aquifer to saltwater intrusion from the Delaware River in Camden, Salem, and Gloucester Counties under different drought conditions (Navoy and others, 2005).  Particle tracking was used to delineate the contributing area for production wells and determine time-of-travel for saltwater intrusion. Several archived models describe and characterize the unconfined aquifer system, as well as the confined aquifer systems, and its interaction with the surface-water system in response to increased withdrawals. For example, the Great Egg Harbor and Mullica River Basins model (Pope and others, 2012) evaluated the effects of groundwater withdrawals on water levels and on base-flow depletion.

Since the Model Maintenance program was started, the existing models in the NJWSC have been archived to a central location and have been made available to the public. Care has been taken to standardize each model and to update and revise models when needed. Many of the models have been used to address issues regarding a variety of public supply issues throughout the State. Periodically, the models are evaluated to see what updates or revisions might more fully benefit water managers. This way the models that were developed for a single project may be used multiple times providing manager with efficient use of the models at reduced cost. As more models are completed in the NJWSC, the standardized method of archiving and releasing these models to the public makes them a valuable resource. The continuing use of the models provides important data in guiding future water-supply issues.

Below is a list of archived models that can be obtained one of two ways. Older models are requested through the New Jersey Water Science Center.   A link will then be sent to you for download.  Newer models, listed in the second column below with ‘Scientific Investigation reports and data release’, can be downloaded directly from a USGS digital repository.

The Model Maintenance program was started in 1995 to maintain and update groundwater-flow models designed to use standardized procedures to archive the models, update models with recent data and analytical techniques, and re-evaluate data network design. 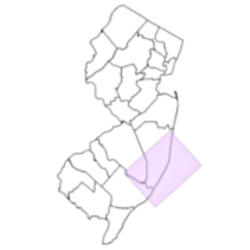 Hydrogeology of, Simulation of Groundwater Flow in, and Potential Effects of Sea-Level Rise on the Kirkwood-Cohansey Aquifer System in the Vicinity of Edwin B. Forsythe Naitonal Wildlife Refuge, New Jersey
By
New Jersey Water Science Center
link
June 19, 2019

Hydrogeology of, Simulation of Groundwater Flow in, and Potential Effects of Sea-Level Rise on the Kirkwood-Cohansey Aquifer System in the Vicinity of Edwin B. Forsythe Naitonal Wildlife Refuge, New Jersey
Learn More
link 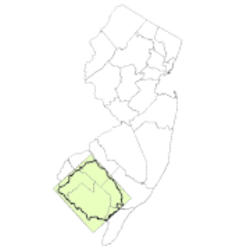 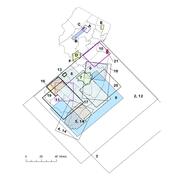 Non-archived models are typically older models with little to no computer files or models with a limited extent. For these models, a link to the published report on the USGS publication warehouse website is available.
By
New Jersey Water Science Center
link
February 28, 2018

Non-archived models are typically older models with little to no computer files or models with a limited extent. For these models, a link to the published report on the USGS publication warehouse website is available.
Learn More
link 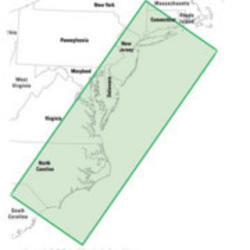 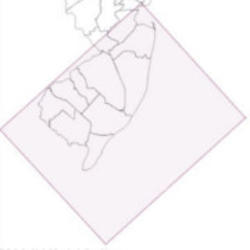 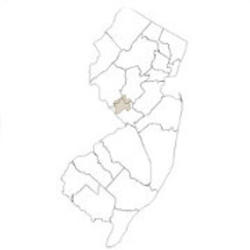 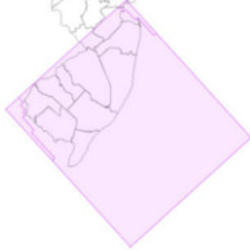 Simulation of Groundwater Flow and Movement of the Freshwater/Saltwater Interface in the New Jersey Coastal Plain through 1896 and from 1896-1988 and 1988-2040
By
New Jersey Water Science Center
link
May 4, 2017 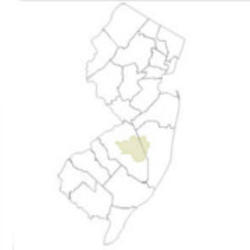 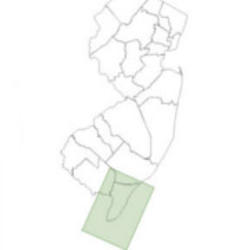 Analysis of Groundwater Flow and Saltwater Encroachment in the Shallow Aquifer System of Cape May County, New Jersey
By
New Jersey Water Science Center
link
May 4, 2017 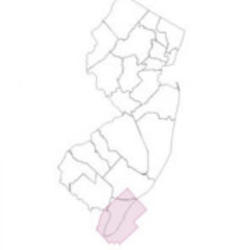 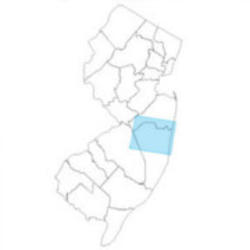 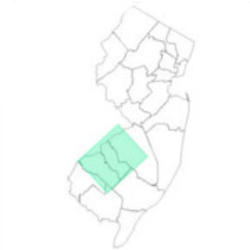 Groundwater is essential for water supply and plays a critical role in maintaining the environmental health of freshwater and estuarine ecosystems in the Atlantic Coastal basins of New Jersey. The unconfined Kirkwood-Cohansey aquifer system and the confined Atlantic City 800-foot sand are major sources of groundwater in the area, and each faces different water-supply concerns. The U.S. Geological
By
Water Resources, New Jersey Water Science Center
August 18, 2010

A Soil-Water-Balance (SWB) computer code has been developed to calculate spatial and temporal variations in groundwater recharge. The SWB model calculates recharge by use of commonly available geographic information system (GIS) data layers in combination with tabular climatological data. The code is based on a modified Thornthwaite-Mather soil-water-balance approach, with components of the soil-w
By
Water Resources, Upper Midwest Environmental Sciences Center, Upper Midwest Water Science Center
February 1, 2008

Recovery of Ground-Water Levels From 1988 to 2003 and Analysis of Potential Water-Supply Management Options in Critical Area 1, East-Central New Jersey

Water levels in four confined aquifers in the New Jersey Coastal Plain within Water Supply Critical Area 1 have recovered as a result of reductions in ground-water withdrawals initiated by the State in the late 1980s. The aquifers are the Wenonah-Mount Laurel, the Upper and Middle Potomac-Raritan-Magothy, and Englishtown aquifer system. Because of increased water demand due to increased developmen
By
Water Resources, New Jersey Water Science Center
August 24, 2007

Sources of water to wells in updip areas of the Wenonah-Mount Laurel aquifer, Gloucester and Camden Counties, New Jersey

Since 1996, when the New Jersey Department of Environmental Protection (NJDEP) restricted ground-water withdrawals from the Potomac-Raritan-Magothy aquifer system in the southern New Jersey Coastal Plain as a result of excessive drawdown, Coastal Plain communities have been interested in developing alternate sources of water supply for their residents. The use of ground water from areas near the u
By
Water Resources, New Jersey Water Science Center
July 16, 2006

The confined Atlantic City 800-foot sand and the unconfined Kirkwood-Cohansey aquifer system (surficial aquifer) are major sources of water for southeastern New Jersey. Because of recent concerns about streamflow depletion resulting from ground-water withdrawals and the potential ecological effects on stream habitat in the area, the focus on future withdrawals has been shifted away from the surfic
By
Water Resources, New Jersey Water Science Center
July 10, 2005

Use of a ground-water flow model to delineate contributing areas to the Puchack Well Field, Pennsauken township and vicinity, Camden county, New Jersey

Vulnerability of production wells in the Potomac-Raritan-Magothy aquifer system to saltwater intrusion from the Delaware River in Camden, Gloucester, and Salem Counties, New Jersey

The Potomac-Raritan-Magothy aquifer system is hydraulically connected to the Delaware River in parts of Camden and Gloucester Counties, New Jersey, and has more limited contact with the river in Salem County, New Jersey. The aquifer system is used widely for water supply, and 122 production wells that are permitted by the New Jersey Department of Environmental Protection to pump more than 100,000
By
New Jersey Water Science Center
February 28, 1999

Ground-water flow in 10 aquifers and 9 intervening confining units of the New Jersey Coastal Plain was simulated as part of the Regional Aquifer System Analysis. Data on aquifer and confining unit characteristics and on pumpage and water levels from 1918 through 1980 were incorporated into a multilayer finite-difference model. The report describes the conceptual hydrogeologic model of the unstress
August 31, 1998

This report presents the results of a water-resources, oriented subsurface mapping program within the Coastal Plain of New Jersey. The occurrence and configuration of 15 regional hydrogeologic units have been defined, primarily on the basis of an interpretation of borehole geophysical data. The nine aquifers and six confining beds are composed of unconsolidated clay, silt, sand, and gravel and
By
New Jersey Water Science Center