Visit this interactive StoryMap to learn more about the process of building Landsat 9 and how it will extend Landsat’s unbroken record of our planet to over a half a century. 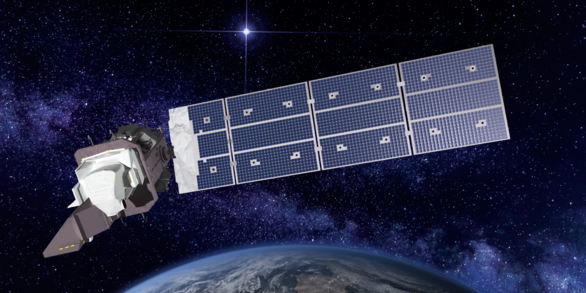 For an overview of the Landsat 9 mission, download the fact sheet from the USGS Publications Warehouse. 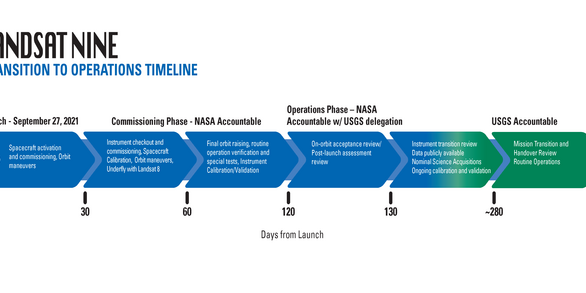 Since 1972, Landsat data provide a unique resource for those who work in agricul­ture, geology, forestry, regional planning, education, mapping, and global change research. Landsat images also prove invaluable to the International Charter: Space and Major Disasters, sup­porting emergency response and disaster relief to save lives. With the addition of Landsat 9, the Landsat program’s record of land imaging extends to over half a century.

NASA is responsible for the space segment (instruments and spacecraft/observatory), mission integration, launch, and on-orbit checkout.

The satellite carries two science instruments, the Operational Land Imager 2 (OLI-2) and the Thermal Infrared Sensor 2 (TIRS-2). The OLI–2 captures observations of the Earth’s surface in visible, near-infrared, and shortwave-infrared bands, and TIRS-2 measures thermal infrared radiation, or heat, emitted from the Earth’s surface. Both OLI and TIRS have a 5-year mission design life, although the spacecraft has 10+ years of consumables.

Landsat 9 improvements include higher radiometric resolution for OLI-2 (14-bit quantization increased from 12-bits for Landsat 8) allowing sensors to detect more subtle differences, especially over darker areas such as water or dense forests. With the higher radiometric resolution, Landsat 9 can differentiate 16,384 shades of a given wavelength. In comparison, Landsat 8 provides 12-bit data and 4,096 shades, and Landsat 7 detects only 256 shades with its 8-bit resolution. In addition to the OLI-2 improvement, TIRS-2 has significantly reduced stray light compared to the Landsat 8 Thermal Infrared Sensor (TIRS) which enables improved atmospheric correction and more accurate surface temperature measurements..

The OLI-2 design is a copy of Landsat 8’s OLI, and provides imagery consistent with previous Landsat spectral, spatial, radiometric and geometric qualities. OLI-2 will provide data for nine spectral bands with a maximum ground sampling distance (GSD), both in-track and cross track, of 30-meters(m) (98 feet) for all bands except the panchromatic band, which has a 15-meter (49 feet) GSD. OLI-2 provides both internal calibration sources to ensure radiometric accuracy and stability, as well as the ability to perform solar and lunar calibrations. OLI-2 is designed by Ball Aerospace in Boulder, Colorado.

Landsat 9’s Thermal Infrared Sensor 2 (TIRS-2) measures thermal radiance emitted from the land surface in two thermal infrared bands using the same technology that was used for TIRS on Landsat 8, however TIRS-2 is an improved version of Landsat 8’s TIRS, both with regards to instrument risk class and design to minimize stray light.  TIRS-2 provides two spectral bands with a maximum ground sampling distance, both in-track and cross track, of 100 m (328 ft) for both bands. TIRS-2 provides an internal blackbody calibration source as well as space view capabilities. TIRS-2 is designed by NASA Goddard Space Flight Center in Greenbelt, Maryland.

Data acquired by Landsat 9 is processed into the Landsat Collection 2 inventory structure in the Worldwide Reference System-2 (WRS-2) path/row system, with swath overlap (or sidelap) varying from 7 percent at the Equator to a maximum of approximately 85 percent at extreme latitudes.

Landsat 9 collects as many as 750 scenes per day, and with Landsat 8, the two satellites add nearly 1,500 new scenes a day to the USGS Landsat archive. Landsat 9 increases the volume of the USGS archive by imaging all global landmasses and nearshore coastal regions, including islands at solar elevation angles greater than 5 degrees that were not always rou­tinely collected prior to Landsat 8.

All Landsat 9 data and products are available for down­load through the USGS Earth Resources Observation and Science (EROS) Center at no charge. 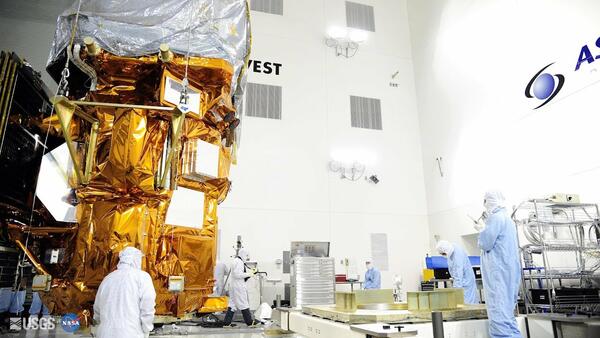 The history of Earth observation from space is well reflected through the Landsat program. With data collection beginning with Landsat-1 in 1972, the program has evolved technical capabilities while maintaining continuity of land observations. In so doing, Landsat has provided a critical reference for assessing long-term changes to Earth's land environment due to both natural and human forcing. Po
By
Earth Resources Observation and Science Center, Earth Resources Observation and Science (EROS) Center , Landsat Missions
April 18, 2019

Landsat 9 is a partnership between the National Aeronautics and Space Administration (NASA) and the U.S. Geological Survey (USGS) that will continue the Landsat program’s critical role of repeat global observations for monitoring, understanding, and managing Earth’s natural resources. Since 1972, Landsat data have provided a unique resource for those who work in agriculture, geology, forestry, reg
By
Earth Resources Observation and Science Center, National Land Imaging Program, Earth Resources Observation and Science (EROS) Center , Landsat Missions
February 10, 2016

Since 1972, Landsat satellites have continuously acquired space-based images of the Earth’s land surface, providing data that serve as valuable resources for land use/land change research. The data are useful to a number of applications including forestry, agriculture, geology, regional planning, and education. Landsat is a joint effort of the U.S. Geological Survey (USGS) and the National Aeronau
By
Earth Resources Observation and Science Center, Earth Resources Observation and Science (EROS) Center
link
October 5, 2021

Landsat 9 Ground System development team members executed the first of a series of Ground Readiness Tests (GRTs) this week as they successfully...